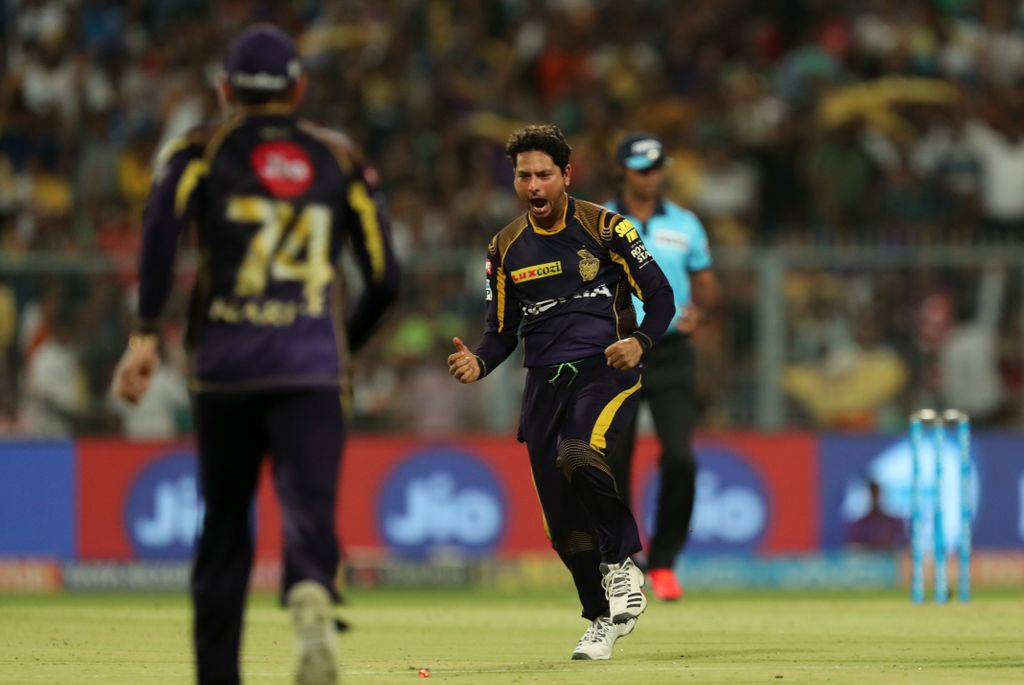 Kuldeep Yadav grabbed four wickets to help the Kolkata Knight Riders to a vital six-wicket victory over the Rajasthan Royals in an Indian Premier League (IPL) clash at Eden Gardens on Tuesday.

The left-arm spinner Kuldeep picked up figures of 4-20 to restrict the Royals to 142 all out in 19 overs.

The visitors would have been disappointed with their batting effort especially after they got off to a blistering start as openers Jos Buttler and Rahul Tripathi put on 63 in just 4.5 overs.

Buttler struck 39 off 22 balls while Tripati scored 22 off 15 deliveries but the innings fell away dramatically after the six-over powerplay as Kuldeep got into his work.

Kolkata opener Chris Lynn then struck 45 and captain Dinesh Karthik an unbeaten 41 as the home team reached their target with only four wickets down and two overs to spare.

Ben Stokes kept the Royals in the game with figures of 3-15 in four overs but the visitors fell short.