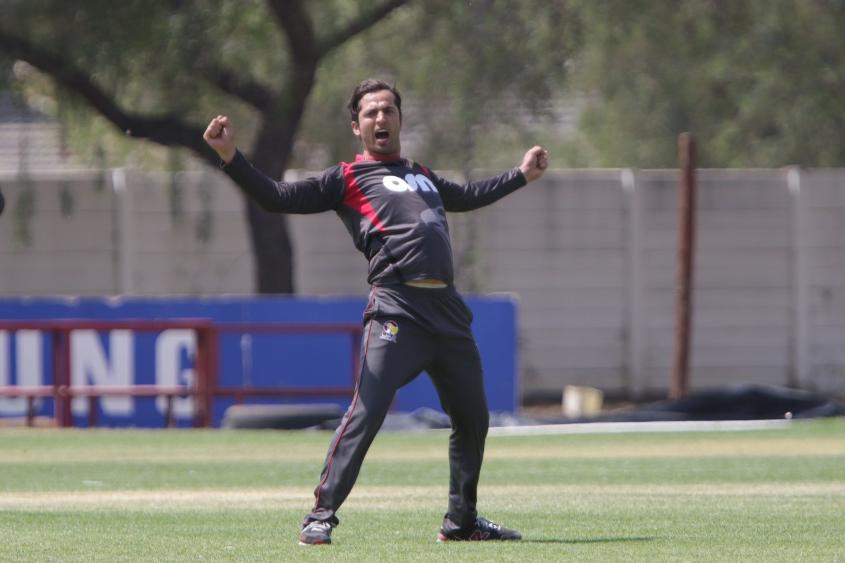 The ICC World Twenty20 Asia Qualifier ‘A’ began on Friday with hosts Kuwait registering a resounding opening win against the Maldives at Sulaibiya Cricket Ground in the tournament opener.

The opening day saw members of the Kuwait Cricket Association led by President Haider Farman, Vice-president Faisal Al Marzouk, Head of Council Mahmoud Bastaki and Director General Sajid Ashraf welcoming ICC officials along with the teams to the upgraded facility. President Haider Farman thanked the ICC for giving Kuwait a grand opportunity to showcase its skills both on and off the field. 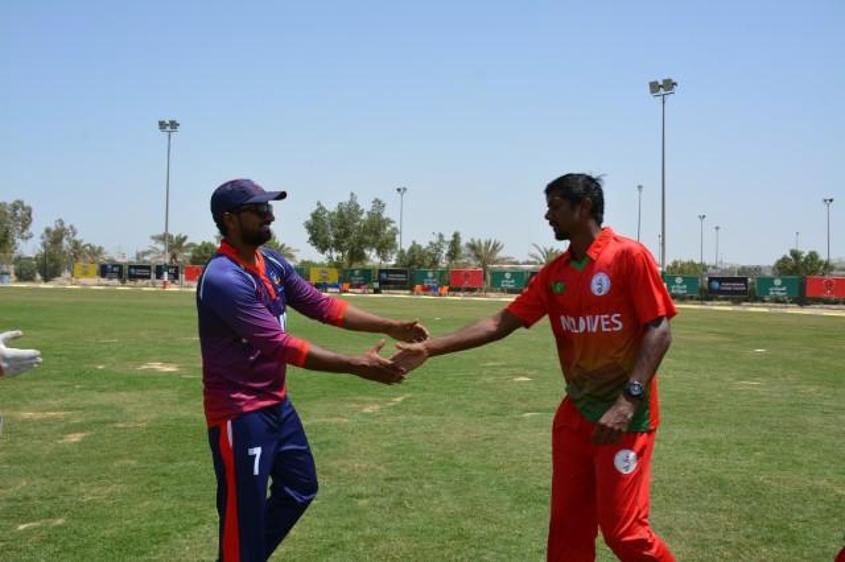 Kuwait, having won the toss and electing to bat against underdogs Maldives, made the worst possible start, losing two wickets off consecutive deliveries in the first over, including that of captain Kashif Sharif, to leave them reeling at 1/2. Opener Usman Waheed was then joined by Ali Zaheer and the two steadied the ship for Kuwait, putting together a cautious but vital 60-run partnership, firmly sowing the seeds of recovery and laying the foundations for a late innings assault.

The wickets of Ali Zaheer and Usman Waheed in quick succession brought the hard-hitting Mohammad Asghar to the crease along with Ravija Sandaruwan. Asghar, after an initial consolidation period, teed off scoring 66 runs off just 38 balls to inject some much-needed impetus into the Kuwait innings. He was well supported by Ravija, who rotated the strike before also finishing with a flourish, ending on 29 off 16 as the two powered Kuwait to 170 in 20 overs.

Chasing a target of 171, Maldives struggled to get going against a disciplined bowling effort. They lost wickets at regular intervals throughout the innings and eventually succumbed for 68, as Kuwait ran out winners by a commanding 102 runs. Seamer Imran Ali bowled an exceptional spell, taking five wickets, including a hat-trick, and conceding just 2 runs to seal victory and earn himself the Player of the Match award.

In the day’s other early game, Qatar took on pre-tournament favorites UAE at the Entertainment City Ground in Doha. Qatar, having won the toss and elected to bat, looked solid through the innings but the loss of wickets at key intervals prevented them from building any momentum. They eventually finished on 143 off the 20 overs, led by a 26-ball 40 from Faisal Javed Khan, Tamoor Sajjad’s 31 and a fine finish by Nouman Sarwar.

In response, the UAE rarely looked troubled as a fine innings of 71 from 45 balls from captain Rohan Mustafa led them to a comfortable six-wicket victory with 11 balls to spare. The UAE skipper also won the Player of the Match award as the UAE laid down a marker for the other teams.

After the game, Mustafa said, “I am delighted to bag the first Player of the Match award”, and hoped to continue the run of form through the tournament. UAE coach and former England international Douggie Brown was pleased to be off to a winning start and said he was “looking forward to continuing the winning streak.”

In the afternoon game in Doha, Bahrain took on Saudi Arabia with the former winning the toss and electing to bat first. The Bahrain innings, though, never got going, the lack of regular partnerships leaving them all out on 106 off 19.5 overs. Saudi’s excellent bowling was led by Khawar Abbas and Usman Ali, who picked up seven wickets between themselves.

Saudi Arabia chased down the total at a canter, winning by seven wickets with 4.5 overs to spare. Abbas was adjudged Player of the Match for his spell of 3/20. He said he was happy to get a good start in tournament, and he focused on the captain’s plan and doing the basics right.

The tournament continues on Saturday with hosts Kuwait taking on Qatar at the Sulaibiya Cricket Ground, while Maldives take on Bahrain and the UAE face Saudi Arabia at the Entertainment City Cricket Ground.