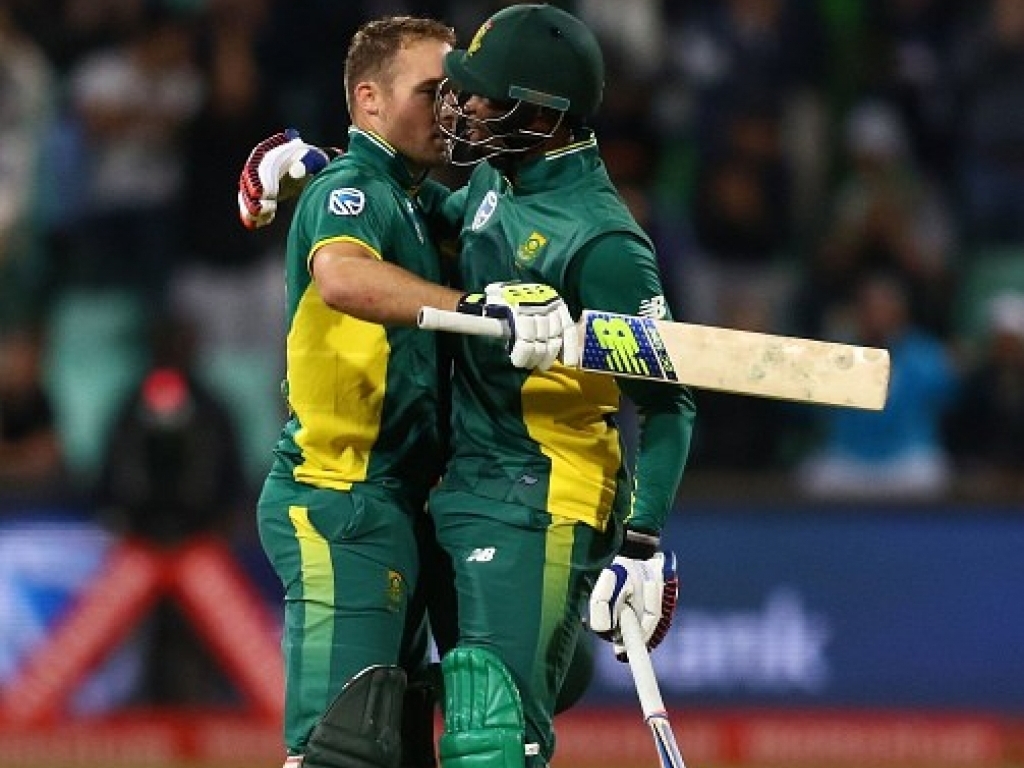 David Miller justified the selectors’ faith in his abilities as he clubbed an astonishing unbeaten ton at his home ground to better Australia’s 371 for six and give South Africa a four-wicket win in the final over.

South Africa thus claimed an unassailable 3-0 lead with two matches yet to be played in the series. It was far and away the highest ever chase at Kingsmead.

South Africa were well behind the drag line when man-of-the-match Miller (118*) strode to the crease with his side on 179 for four and the batsman sustained a groin injury early in his innings that saw him unable to run between the wickets.

As his innings grew to something which gave him hope of taking his side over the line, he appeared to forget about his injury – the batsman winced with pain from time to time but he bravely went about his business as if he were fully fit.

Andile Phehlukwayo (42* off 39) helped Miller put on a very tense 107 unbeaten runs in under 10 overs for the seventh wicket to take the Proteas home.

Earlier Steve Smith won the toss and elected to bat first on a ground that had received 51 millimetres of rain since Monday and there was talk that it might do a little first up.

The rule at Kingsmead is to look up and not down when winning the toss and under dry blue skies, the visitors set out to put up a total they could defend so as to keep the series alive.

Steyn found some movement and beat the bat a few times in the opening over but Warner (117 off 107 deliveries) and Finch (53 off 34) quickly got the upper hand as they whacked the ball out of shape and got off to a rollicking start.

The openers terrorised the Proteas’ attack as they put on 110 in 13 overs before Finch holed out on the boundary off the spin of Tahir.

Captain Smith (108) could not have given Warner better company as he notched up a run-a-ball ton and the pair added 124 runs inside 22 overs for the second wicket.

South Africa struggled in the field on an uncharacteristically batsman-friendly Kingsmead surface but 16 overs of spin from Tahir and Duminy at a little over 5 runs to the over helped to keep the visitors in check.

Dale Steyn (2-96) had a nightmarish day at the office. Although he picked up the wickets of Smith and Marsh his 10 overs resulted in the most expensive outing ever by a South African, an ignominious record for South Africa’s premier strike bowler over the last decade or more.

Rabada (1-86) was not much better. Travis Head (35 off 18) rounded the innings off with a smart cameo that took Australia well past the 350-mark.

Hashim Amla (45 off 30) returned to the side and got South Africa off to a flier before he was bowled by Hastings. De Kock (70 off 49) kept the momentum up but with such a difficult task at hand, Australia chipped away at the home batting order.

Du Plessis (33), Rossouw (18) and Duminy (20) failed to convert starts but Miller was able to steal the show against all odds. Once again the Australian attack was listless.

The highest score ever chased at Kingsmead was 271 and was by Australia against South Africa in 2002. This evening South Africa bettered that record by 100 runs in a match that was perhaps as entertaining as any ODI ever.

Australia fought hard to keep the series alive but the fact that they have a second-string bowling attack at their disposal has meant that South Africa’s batsmen scored runs almost at will in the first three matches of the series.

This has been a famous series win for South Africa, who will no doubt look to make changes in Port Elizabeth and Cape Town but will push hard for a series whitewash.