Lakmal blitzes India out of opener 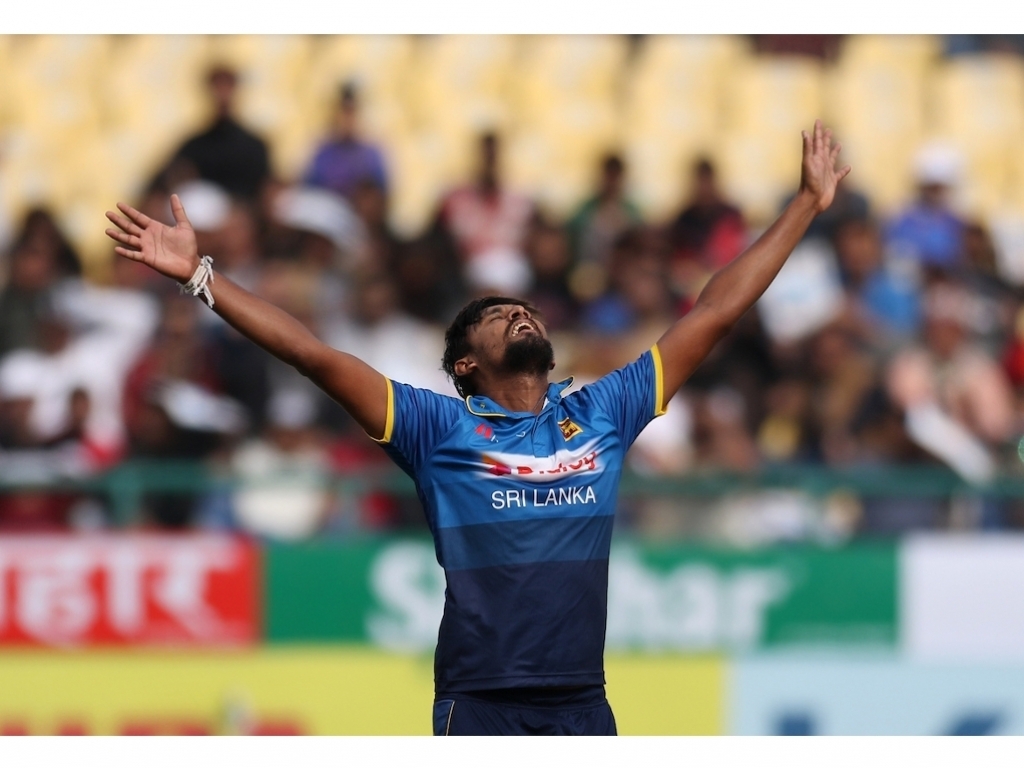 A brilliant display of quick bowling from Suranga Lakmal set up an empathic seven wicket victory for Sri Lanka in the first ODI against India.

Upul Tharanga won the toss and put India in to bat in Dharamsala a decision that would soon be vindicated.

Lakmal bagged figures of 4 for 13 in his ten overs dismissing three of India’s top five who each failed to get into double figures.

Angelo Mathews also showed great control and though he took only the wicket of opener Shikhar Dhawan he went for just 8 runs in five overs.

MS Dhoni played a lone hand of 65, he was the only India batsman to pass twenty with Kuldeep Yadav’s 19 the next highest score with Hardik Pandya (10) the only other man to get into double figures.

India would be bowled out for just 112 batting for 38.2 of their allotted fifty overs.

Jasprit Bumrah and Bhuvneshwar Kumar made early inroads into the Sri Lanka batting that might have set hearts a flutter but Tharanga (49) and Mathews steadied the nerves with a 46 run partnership for the third wicket which was broken by Hardik.

Mathews (25*) was joined by Niroshan Dickwella (26*) who had no problem in keeping the scoreboard ricking over and Sri Lanka marching to a morale boosting win.

Lakmal won the man of the match award for his brilliant bowling display.

Speaking after the win Mathews said: “It’s a very pleasing moment. The past few months have not been good for us, but we’ve remained confident and worked very hard.

“Two more games to go, we can’t relax. The way Suranga Lakmal set the tone was fantastic, followed by all the other bowlers.

“We never thought it was going to move around that much. We knew it was a bit sticky. In the shorter formats, I’ve always bowled, and I want to bowl.

“It’s just the workload management in the Test matches, and the selectors were very understanding. I’m very happy to bowl in the shorter formats.”