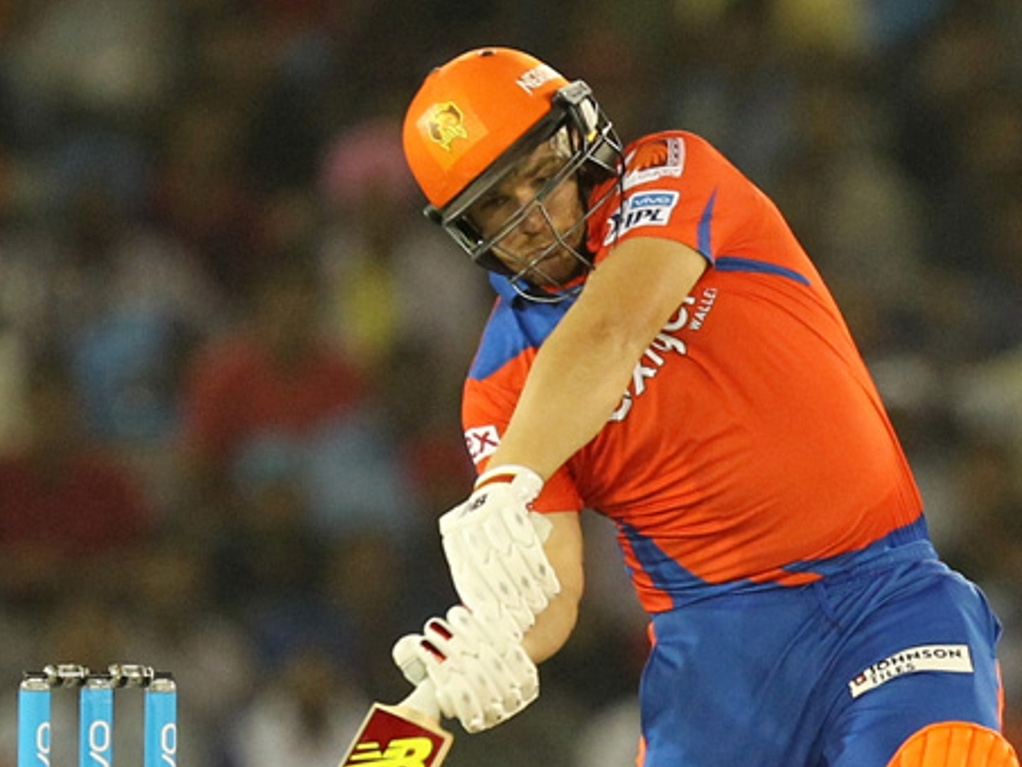 The Gujarat Lions continued their unbeaten debut season in the IPL as they beat the other new side, the Rising Pune Supergiants, by seven wickets in Rajkot on Wednesday.

Granted, it was only their second match, but the Lions looked impressive as they chased down the 164 required in 18 overs, thanks to a half century from Aaron Finch and 49 from Brendon McCullum.

Earlier, Pune won the toss and opted to bat. They got off to a brisk start as Ajinkya Rahane reached the 20s inside four overs, but he was out for 21 to veteran spinner Pravin Tambe.

This left Faf du Plessis and Kevin Pietersen to move the score along, and they went at a rollicking rate thanks to Du Plessis. The South Africa T20 skipper went at a strike rate of more than 160.

Pietersen's wicket broke the partnership as it neared a century, as he was out for 37 in the 14th over, bowled by Dwayne Bravo. He had struck two fours and a six, doing most of his scoring with dashes between the wickets.

Du Plessis was out two overs later for 69, having faced 43 deliveries. He was stumped by Dinesh Karthik off Tambe's bowling.

Ravi Jadeja then removed Steve Smith and Mitchell Marsh in quick succession, so MS Dhoni was forced to hit out in the final two overs. He made 22 not out off just 10 balls to ensure a vaguely defendable score.

Gujarat didn't seem to think much of it though, and quickly chewed through half the total inside nine overs thanks to a blistering half century from Finch. He added another 50 to his records, before falling to Murugan Ashwin.

This left McCullum, who was on 29 at the time, to bat alongside Suresh Raina as they required another 79 runs with more than 11 overs remaining. McCullum kept pace with the required rate though, and was even handed a lifeline when Dhoni missed an easy stumping chance.

But the former New Zealand skipper was unable to hit the 50 mark as he was removed by Ishant Sharma for 49, caught by Du Plessis in the 14th over. Gujarat still neeeded 44 runs at that point, but with plenty of time in hand.

Raina took up the sword at that point, while Bravo added a few boundaries to his impressive records as they marched towards victory. Raina was out for 24 just before the end, whle Bravo had amassed 22 not out.