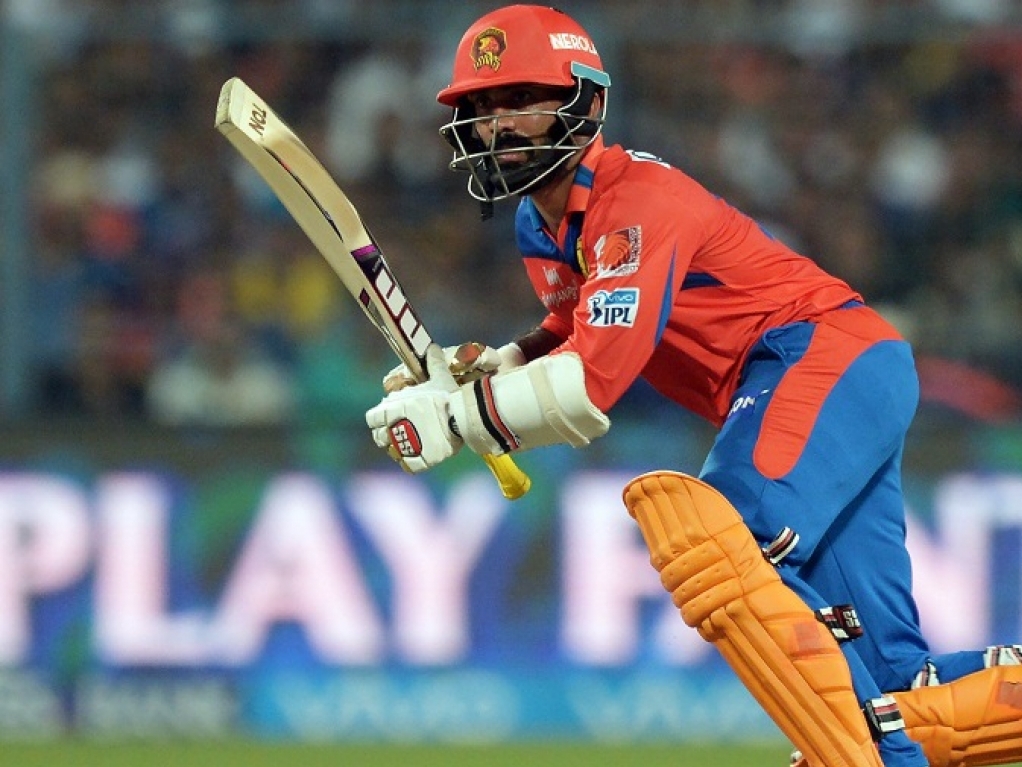 The Gujarat Lions moved back to the top of the Indian Premier League (IPL) table with a five-wicket victory over the Kolkata Knight Riders at Eden Gardens on Sunday evening.

Chasing a target of 159 after restricting the hosts to a total of 158 for four, Dinesh Karthik scored 51 off 29 balls as the Lions eased to victory with two overs to spare.

Gujarat openers Brendon McCullum (29) and Dwayne Smith (27) gave their side a great platform in the chase with a stand of 42 in five overs but Smith was the first to go when he was bowled by spinner Shakib Al Hasan.

Not long thereafter, McCullum followed his opening partner back to the pavilion but Karthik held things together in the middle-overs.

Lions captain Suresh Raina (14) fell cheaply but Aaron Finch (29 off 10 balls) provided good support for Karthik until both lost their wickets with the game virtually won, the visitors ending on 164 for five after 18 overs.

Earlier, the home team paid the price for a dreadful start to the game after Raina won the toss and sent the Knight Riders in to bat.

Kolkata were reduced to 24 for four before the sixth over and needed an unbeaten fifth wicket stand of 134 from Shakib and Yusuf Pathan to resurrect the innings.

By the end of 20 overs, Shakib was 66 not out off 49 balls while Pathan made his way to an unbeaten 63 from 41 balls but the Knight Riders ultimately had to much ground to make up after their false with the bat.