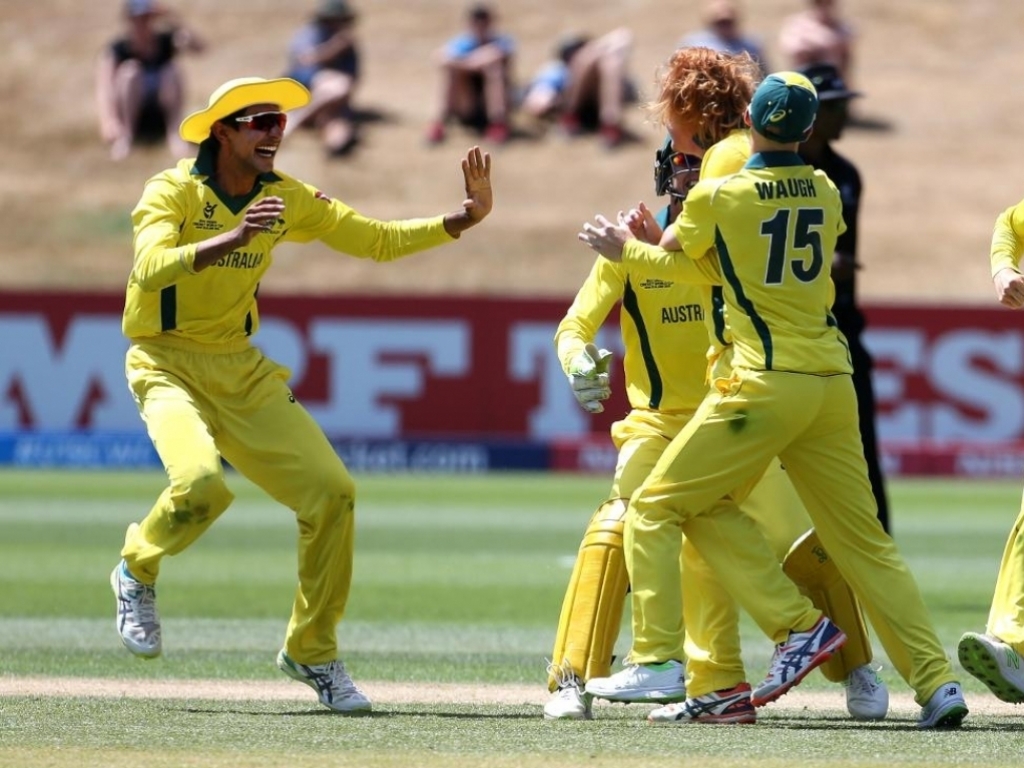 In one of the most remarkable comebacks of all time, Lloyd Pope took 8/35 – the best figures in all ICC 19 World Cups – to skittle England for 96, defending 127 in the process.

England were without loss when he came onto bowl, chasing 127, and with no sign apparent of the carnage to follow.

It took him nine balls to strike, dragging Liam Banks out of his crease to have the opener, but still England were 47/1, Tom Banton was set on 41, and captain Harry Brook was striding in, yet to be dismissed in the tournament.

Pope got him first ball, turning a googly between his bat and pad.

Will Jacks was the next to fall, and the first of three superb catches taken by Australian captain Jason Sangha at slip. But with Banton there, motoring along, England would have felt confident.

He had driven his side to 71/3 by the time he fell, but as well as he played for a 53-ball 58, his dismissal, reverse-sweeping and brilliantly caught by Sangha off the gloves of the keeper, will be seen as the turning point.

From then on, England barely stood a chance. Fin Trenouth was the fifth to fall just before the lunch break, with the interval only serving to scramble England’s minds more, their final slide reading 25/7.

That Australia made as much as down to 127 was down to slip-hero Sangha, who made a backs-to-the-wall 58. His side’s next highest score was 16.

He will soon develop a reputation for performing against Australia’s old rivals, having become the youngest Australian to make a first-class hundred against them back in November.

England meanwhile will be scratching their heads, trying to work out how after three-and-three-quarter games of near-flawless cricket, they suddenly find themselves contesting for fifth place.

Even Tuesday, Will Jacks, Ethan Bamber, Dillion Pennington – who each picked three wickets on a pitch which despite the scoreline was no minefield – and Tom Banton – for his half-century – can feel they didn’t deserve to be on the losing side.