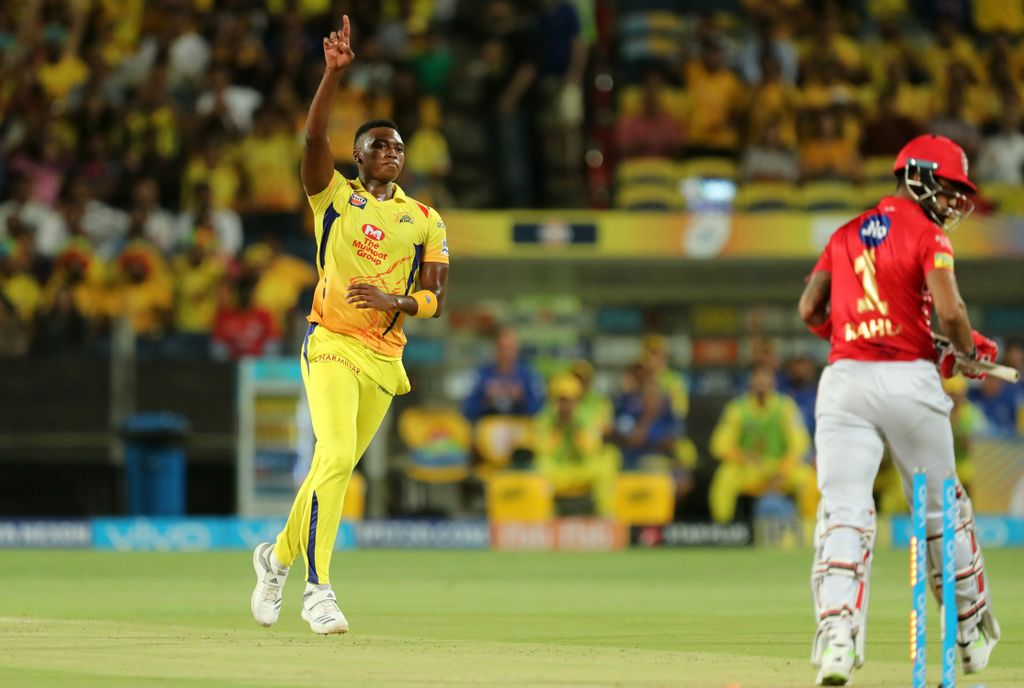 Lungi Ngidi starred with the ball as the Chennai Super Kings knocked the Kings XI Punjab out of this season’s Indian Premier League (IPL) with a five-wicket victory in Pune on Sunday.

The Kings XI, who needed to win the match by at least 54 runs to reach the playoffs, posted a total of 153 all out on a pitch that assisted the seamers.

Karun Nair, batting at number six, top-scored for the Kings XI with a 26-ball 54 while Manoj Tiwary contributed 34 and David Miller 24.

However, it was South Africa fast bowler Ngidi that impressed with figures of 4-10 in his four overs that showed how lethal he could be with ball in hand.

Chennai’s run-chase did not get off to the best off starts as they were reduced to 27/3 and then 57/4, largely because of an inspired spell of swing bowling by Ankit Rajpoot, who took 2-19 in four overs up front.

Suresh Raina held the Chennai innings together and he was unbeaten at the end on 61 from 48 deliveries while Deepak Chahar played a superb cameo of 39 off 20 balls.

MS Dhoni (16 not out) finished the game with a six in the final over as Chennai won with five balls to spare.

The men in yellow finish the league phase in second place and play the Sunrisers Hyderabad in the Qualifier on Tuesday while the Kings XI ended second bottom on the eight-team table.