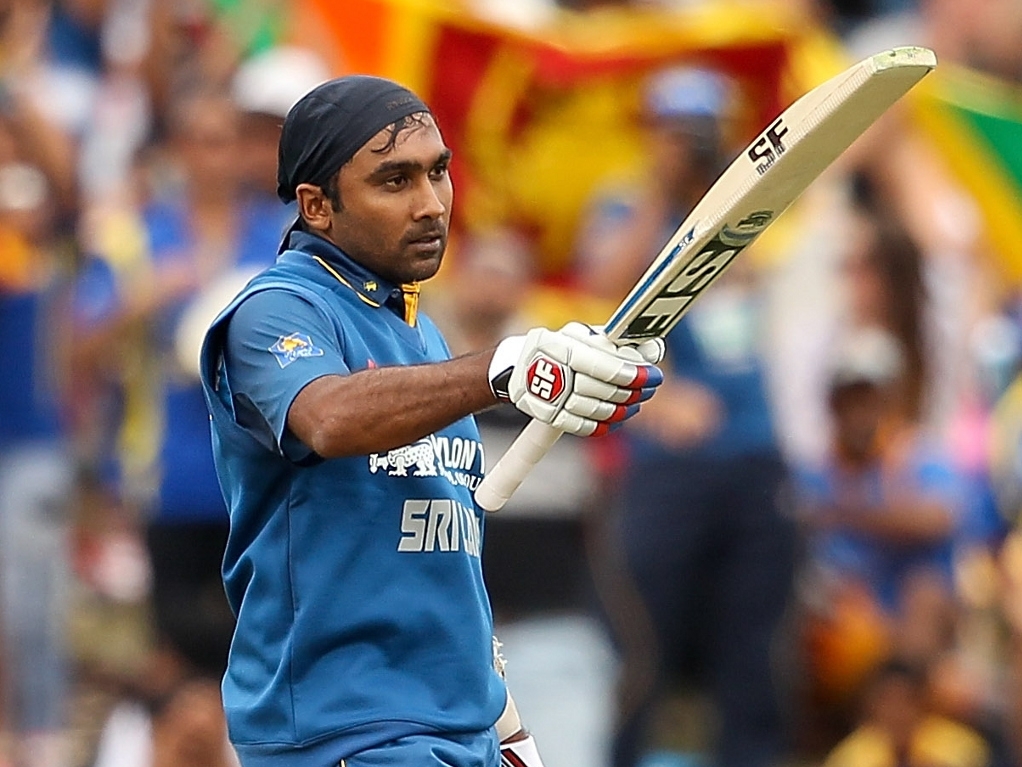 Sri Lanka put themselves under massive pressure in their World Cup match against Afghanistan, batting poorly up front, but a cameo by Thisara Perera and a vital ton from Mahela Jayawardene saw them win by four wickets.

Afghanistan did a good job with bat and ball, scoring 232 all out as Asghar Stanikzai made a half century. They then reduced Sri Lanka to 18 for three and 51 for four at one stage, before Mahela and Angelo Mathews rescued the knock.

Sri Lanka won the toss and opted to field, clearly imagining they'd reduce the Associates to a small total. It took more than eight overs to get the first wicket though, when Nawroz Mangal was out for 10 to Mathews.

Javed Ahmadi was out in the next over, six runs later, for 24. This left Stanikzai and Samiullah Shenwari to put on a near-century stand across the next 18 overs. Stanikzai's wicket, to Rangana Herath for 54, brought that to an end.

Shenwari was eventually out for 38 to Thisara, having faced 70 balls. This left the score on 157 for four, still a good position considering, but then Lasith Malinga arrived to scupper their changes of a bigger total.

The paceman took three wickets, including skipper Mohammad Nabi, just as the batsmen started to get set. Nabi was out for 21, while Afsar Zazai fell for 19 and Mirwas Ashraf departed for 28.

Mathews cleaned up the tail, taking two quick wickets, leaving Sri Lanka with what they probably thought was an easy chase. They were quickly disabused of that notion though, thanks to Afghanistan's impressive quicks.

Tillakaratne Dilshan and Lahiru Thirimanne were both out for ducks, one each to Shapoor and Dawlat Zadran, which was only the second time in ODIs where both openers were removed without scoring.

Hamid Hassan then added Kumar Sangakkara to the pile, bowling him for seven, to cause some panic. Mahela was then assisted by Dimuth Karunaratne for a while, but he was removed for 23 by Hassan.

This left the former skipper and the current one to rescue things, and they put on 126 together. Mathews made 44 off 81 balls, positively pedestrian for him, and Sri Lanka would have been grateful there weren't just 10 more runs on the board.

Mathews was out in the 41st over, run out by Nabi. Mahela, who had made 100 on the dot, followed one run later, and suddenly excitement rose. Sri Lanka needed to go at seven to the over, and were going at four at that stage.

But Thisara's finishing once again came in handy, as he smacked 47 off 26 balls. He thus wrapped the game up, breaking Afghan and neutral hearts, with 10 balls to spare.