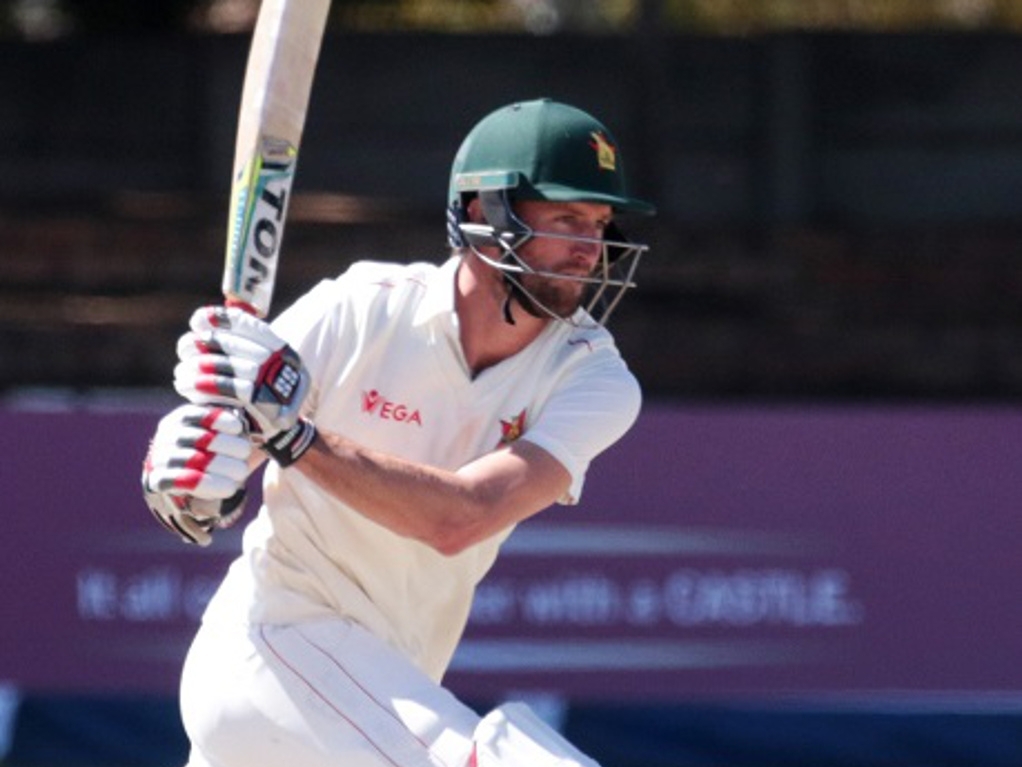 An unbeaten century from Zimbabwe's Craig Ervine, helped mightily by PJ Moor, ensured that the hosts were still in the game after day three of the second Test against New Zealand in Bulawayo.

Zim ended the day on 305 for six, with Ervine and Moor combining for a stand of 148, and Ervine recording his maiden Test century after batting for most of the day. The Black Caps were unable to rattle him as they tired, and he ended on 115.

As such, the hosts still trail by 277 runs, not yet avoiding the follow on, and with Moor's wicket falling near the end of the day, they will need all of Ervine's wiles on day four.

Zimbabwe started the day on 55 for none, having already put 30 overs behind them as they looked to bat for as long as possible, no matter how boring for the fans at the ground.

They lost three wickets in the morning session for only 52 runs, and it seemed like the visitors would again be heading for a big win, but Ervine was already at the crease. He only had 14 then, but it was a portent of things to come.

The afternoon was a bit better for the hosts, as they lost the wickets of Prince Masvaure and Sean Williams, but added close to 80 runs, though that was not their priority.

The evening saw Ervine reach his half century off 110 balls, and put on a century stand with Moor. The latter recorded his half ton off 75 balls as drinks approached.

Ervine was in the 'nervous nineties' for what felt like the last hour, before crunching a four to bring up his maiden triple figure score in Tests. It came off 181 balls, and Moor was on 71 at the time.

He stayed on 71, eating up the deliveries, but fell to a very tame delivery from Ish Sodhi with just five overs to go in the day. He hit a long hop right to Martin Guptill at midwicket.

As such, skipper Graeme Cremer saw out the last few overs with Ervine, and Cremer was on two at the close, off 12 balls.