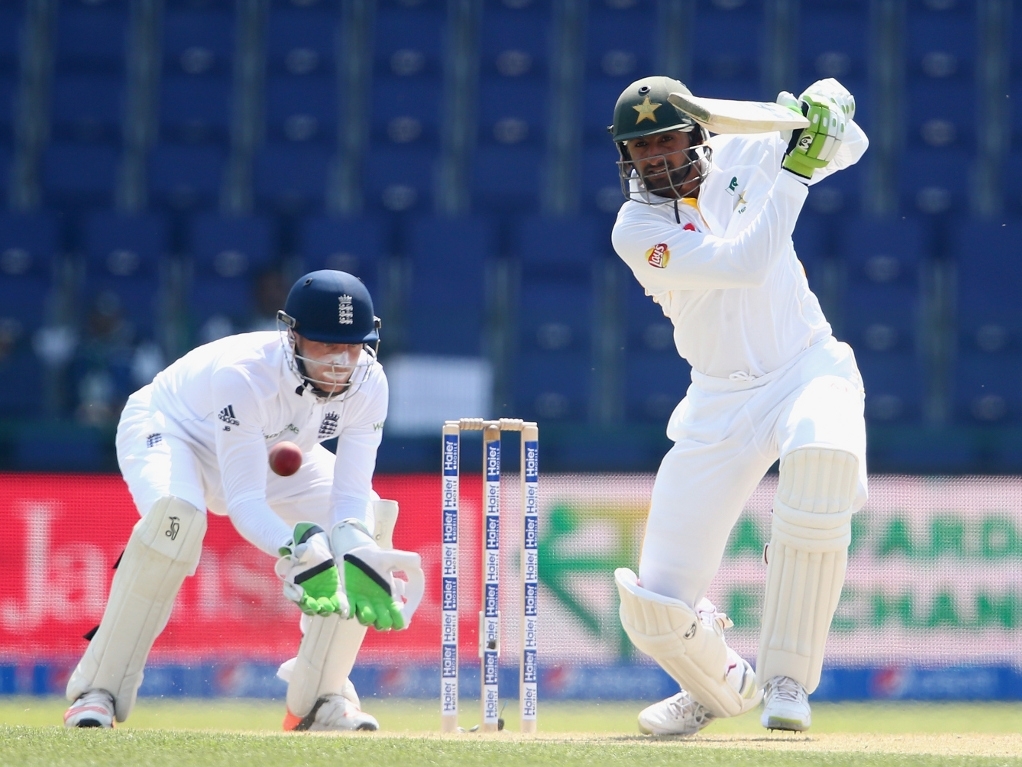 A first Test century in six years from Shoaib Malik and Younis Khan becoming his country's leading run-scorer in Test cricket were the highlights as Pakistan took the honours on Day one of the first Test against England in Abu Dhabi on Tuesday.

Malik, who was making his first appearance in the longest format of the game since August 2010, was unbeaten on 124 as Pakistan were 286 for four at stumps on a sweltering day at the Sheikh Zayed Stadium.

Opening batsman Mohammad Hafeez (98) gave Malik good support as the two shared in a partnership of 168 for the second wicket after England seamer James Anderson got rid of Shan Masood (8) in the third over of the game.

Hafeez was trapped in front by allrounder Ben Stokes just two short of what would've been a well-deserved century on the stroke of tea as Pakistan ended the second session on 173 for two.

After the break all eyes were on Younis as he came into the match just 19 runs short of Javed Miandad's record for the most runs in the white clothing for Pakistan. Miandad's tally of 8832 runs in 124 Test stood for more than two decades.

The 37 year-old Younis, who is playing in his 102nd Test, wasted little time in bringing up his milestone, and did so in style, lofting offspinner Moeen Ali straight down the ground for six.

To their credit, England fought back late in the day as paceman Stuart Broad got rid of Younis for 38 while Anderson returned to get the wicket of Pakistan skipper Misbah-ul-Haq for just three.

Asad Shafiq, who is unbeaten on  11, will resume with Malik on Day two with Pakistan looking to build a big first innings score.

Earlier England gave a Test debut to legspinner Adil Rashid with Moeen promoted to open the batting with captain Alastair Cook as the tourists decided to play two slow bowlers on the notorious flat pitch.