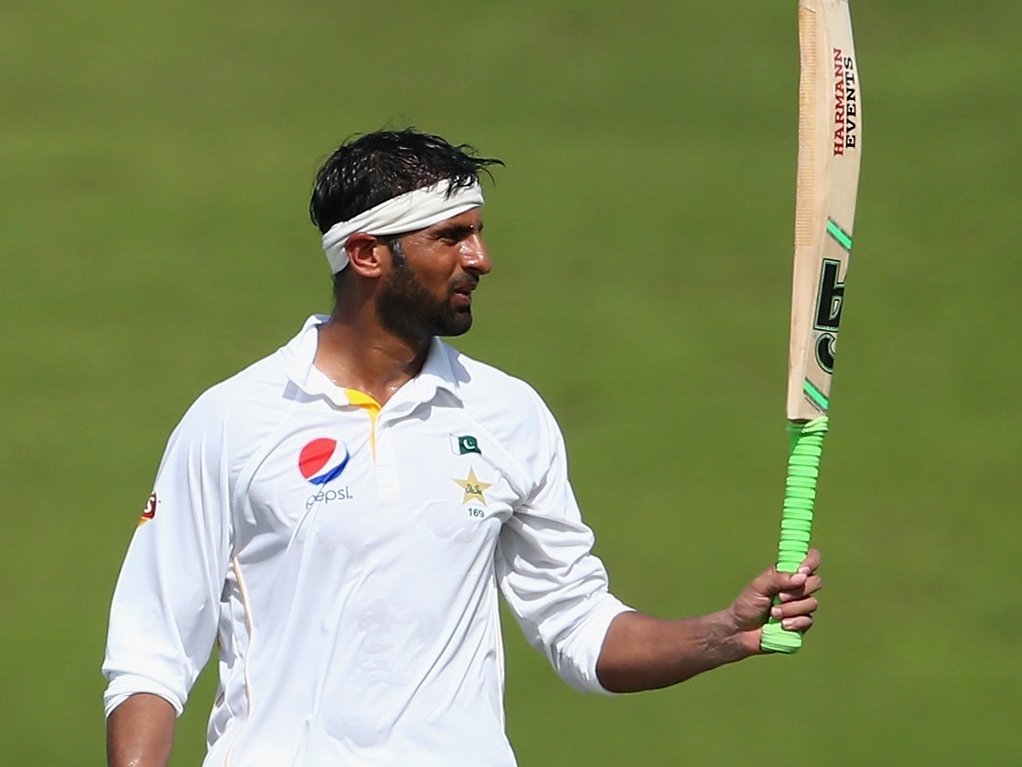 Shoaib Malik completed his remarkable comeback into the Pakistan Test side by scoring a double-century on the second day of the first Test against England in Abu Dhabi on Wednesday.

The 33 year-old Malik scored 245, his highest score in first-class cricket, as Pakistan racked up a huge total of 523 for eight before they declared in the final session.

England openers Moeen Ali (15) and Alastair Cook (39) survived a tricky 21 overs as the tourists ended the day on 56 for no wicket, still a deficit of 467 runs.

The day however belonged to Malik, who last played in a Test match five years ago, as he and Asad Shafiq batted for two full sessions after Pakistan resumed the day on 286 for four.

Malik, who was 124 not out overnight, brought up his first Test double-ton off 367 balls while Shafiq went to his eighth Test hundred off 193 balls as the England bowlers toiled in the Asian heat.

The two shared in partnership of 248 for the fifth wicket before the stand was eventually broken when Shafiq was lbw to seamer Mark Wood for 107 in the final session.

Ben Stokes took three wickets, including that of Malik, as Pakistan were looking for quick runs to force the declaration. Stokes finished the innings with figures of four for 57 from 17.1 overs.

Astonishingly, no wickets were taken by England's spinners with debutant Adil Rashid going for 163 runs in 34 overs while Moeen bowled 30 overs for 121 runs.