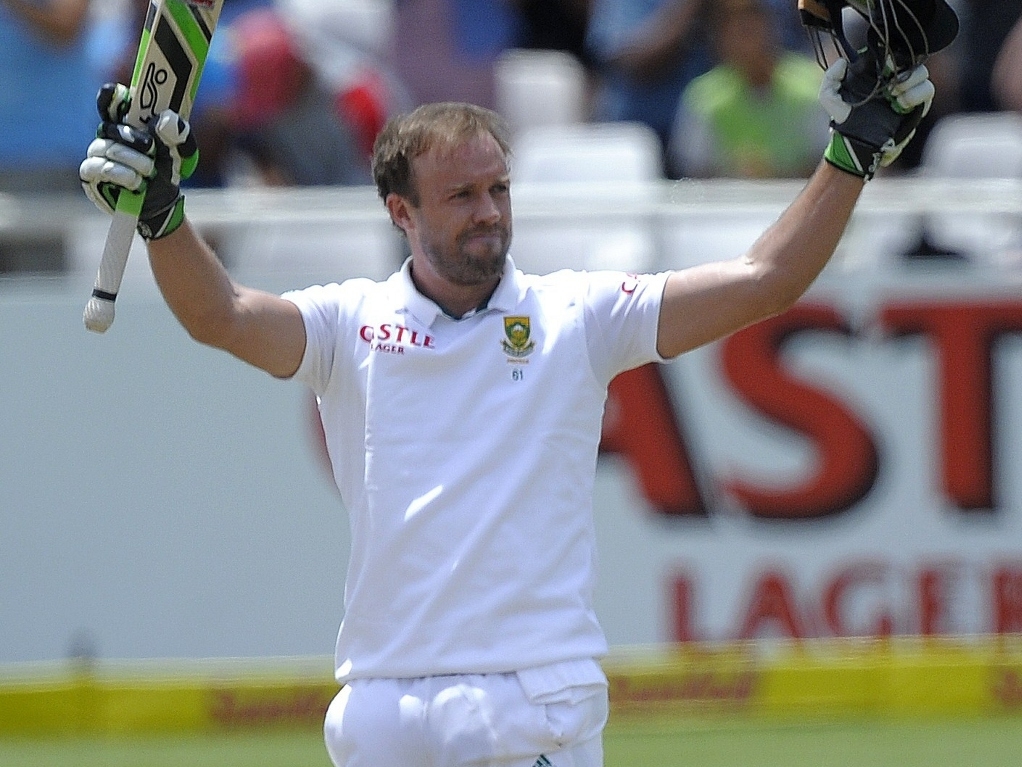 South Africa made some inroads during the West Indies' reply after establishing a 92-run first-innings lead, but the third Test at Newlands is still anyone's for the taking at the end of day three.

Resuming in the morning on 227/3 with captain Hashim Amla unbeaten on 55 and AB de Villiers with him at the crease on 33, the Proteas' two star batsmen were not able to add much to their overnight partnership.

The Windies secured a major scalp early in proceedings as Amla nicked one to the keeper off Jason Holder to be dismissed for 63, just moments after the ball was replaced due to being out of shape.

Newcomer Temba Bavuma scored a circumspect 15 before being bowled by Shannon Gabriel, but Stiaan van Zyl was able to hang around with De Villiers, as they put on 96 runs for the sixth wicket.

De Villiers would go on to score his 21st test hundred, putting him level-third with Gary Kirsten on the all-time list behind Graeme Smith and Jaques Kallis, as the South Africans marched past the Windies total and set about building a sizable first-innings lead.

When Van Zyl was trapped in front by Marlon Samuels for 33, however, reducing South Africa to 384/6, the wickets started to tumble.

With AB still at the crease, the home side would have been hoping for a much bigger total, but the last four wickets fell for the addition of just 37 more runs.

De Villiers was the last man to go, having scored a superb 148, but the Windies had done pretty well to dismiss South Africa for 421 and keep the first-innings deficit down to just 92 runs.

The West Indies did not get off to the best start in their second innings.

After nearly 10 overs of caution, Morne Morkel angled one into Devon Smith's body only for it to catch the glove through to De Villiers at the back.

A few overs later, spinner Simon Harmer accounted for Kraigg Braithwaite with a beautiful delivery which spun back from outside off to take the off stump.

That left the visitors on 27/2 and in a spot of bother still 65 runs behind, but Marlon Samuels and Leon Johnson were able to steady the ship and see out the rest of the afternoon as the Windies finished the day on 88/2 – a deficit of just four runs.

Monday's action will be crucial in deciding the match, with South Africa looking for some quick wickets to apply the pressure, and the West Indies looking to carry on and give themselves something to bowl at on the final day.