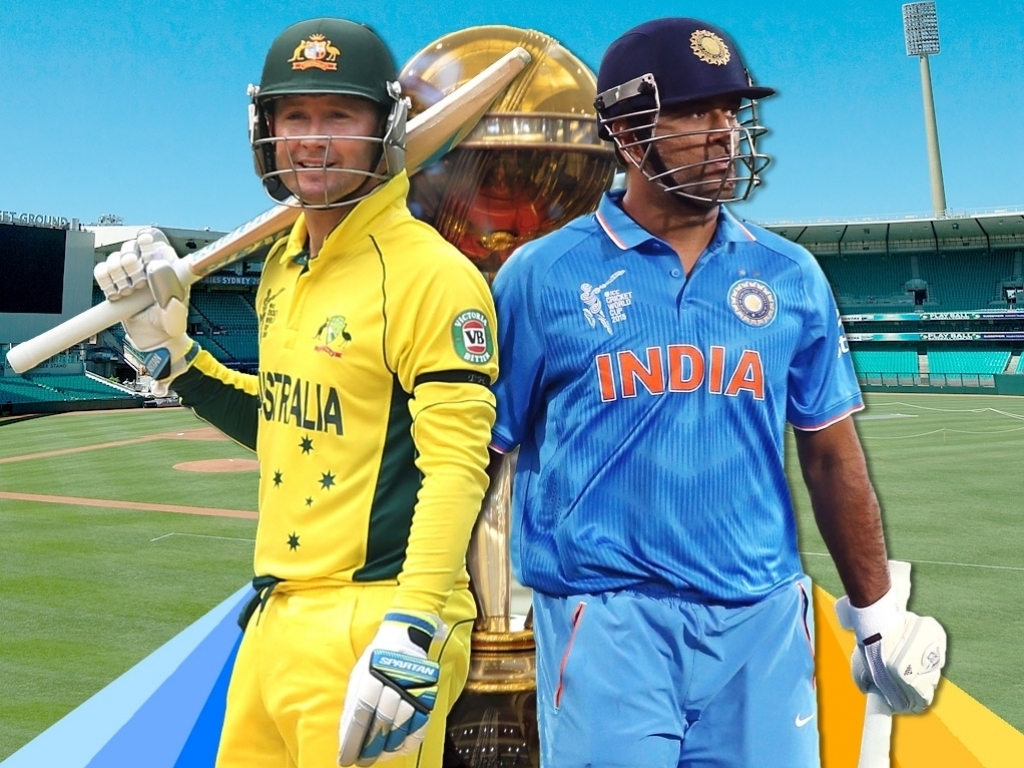 India are unbeaten heading into their World Cup semi-final in Sydney, while their opponents, co-hosts Australia, have never lost a final four match, and are aiming for their fifth title.

India are the defending champions, and the Aussies have not won any of their four trophies on home soil. Australia don't have any batsmen inside the top 10 run-scorers, India have only one in Shikhar Dhawan.

Lots of facts surround this match, the winner to join New Zealand in Melbourne on Sunday, but that will be for nought when the SCG is thrumming with a majority Indian crowd, and the Aussies hope their bowlers do the job again.

Another fact: India have only beaten Oz at the SCG one in 13 attempts, but this time they might stand a better chance. Their pace trio of Umesh Yadav, Mohammed Shami and Mohit Sharma have bowled the opposition out seven times out of seven.

The Aussies too have a weapon, a Mitchell to be sure but not the pre-tournament favourite. Mitchell Starc is second only behind Trent Boult on the wicket list, with 18 in six games, and India's top order will need all their wits about them.

The question is whether the Aussies will play a spinner, Xavier Doherty, on a deck that might take some turn. But the common consensus is that they'll stick to their same team, as the turn isn't appreciable enough to mess with the line up.

The Indians aren't likely to change anything either, with Ravi Jadeja and RAvi Ashwin the spin options, and both sides don't have any injuries to worry about. Aside from Michael Clarke's usually dodgy back, of course.

The sides faced each other very recently, in mid-January during the tri-series, and the Aussies had the upper hand. They won by four wicket and with an over to spare, negating Rohit Sharma's century. India recorded 267 for eight, with Mitch Starc taking six of those, before a 96 from Aaron Finch provided the backbone for a successful chase. The Aussies ended up winning the series.

In 2011, on Indian soil, the hosts won their quarter-final clash by five wickets. Ricky Ponting's century was not enough for a defendable score as India produced a string of half tons to reach the target of 261 with more than two overs to spare.

They did not meet in 2007, when Australia won a third title in a row, but in 2003 the sides met in the final in Johannesburg. Ponting's 140 saw the Aussies to 359 for two, and India were only able to make 234 all out, with Glenn McGrath bagging three.

India opener Shikhar Dhawan is the only batsman playing here with two tons in the tournament, and he'll be required to provide a solid platform once again. He's been up and down, but now is the time to be up, and hope that Rohit comes to the party as well on this good batting deck.

The hosts have a valuable weapon in all-rounder James Faulkner. He is one of the best finishers with the bat around, so if they need to chase a big score he'll be valuable, and with the ball he can nip out vital wickets.

It's set to be sunny for most of the day, with some light cloud cover and a bit of wind, but no rain is forecast. Temperatures will top out at 27 degrees, so a lovely day for cricket, An no chance of Duckworth-Lewis interfering.

While India are unbeaten, they haven't faced the Aussies. We predict the hosts will advance to another final, while India will have to #Giveitback. But will it be as close as the first semi-final?