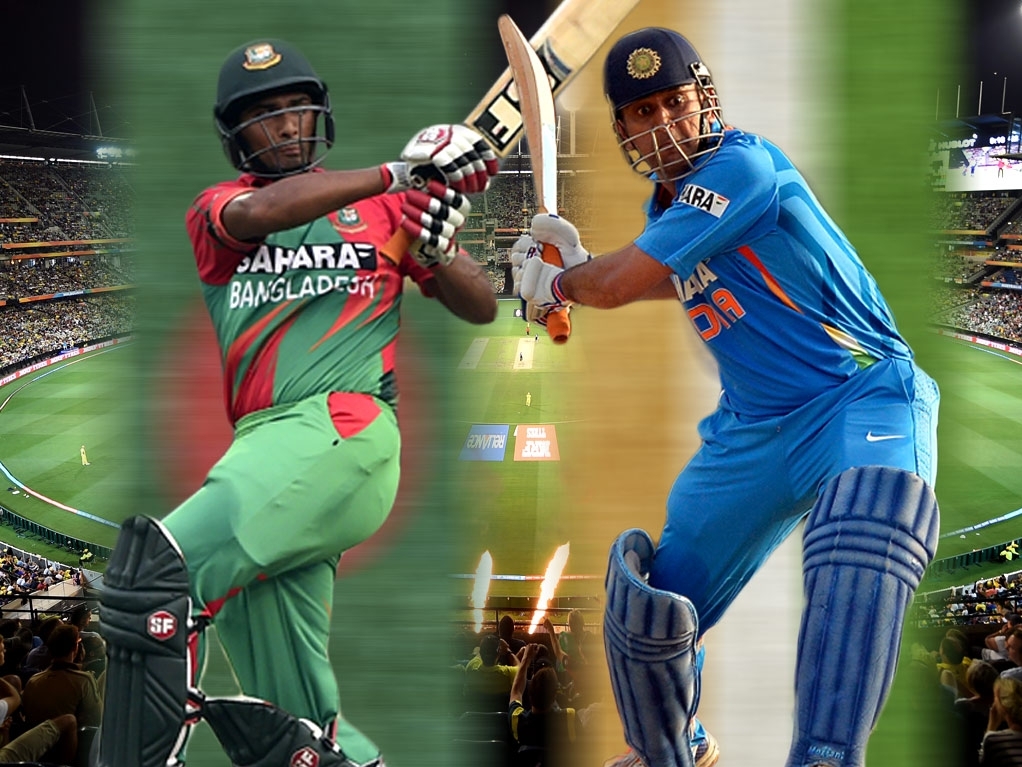 Defending World Cup champions India go into their quarter-final at the MCG on the back of an unbeaten run of six games, while Bangladesh will be hoping to knock another Big Three side out of the tournament.

The Tigers overcame England in a shock, and thrilling, 15-run win in the group stages, sending the second richest side in world cricket back home three weeks early. Wheat their chances are against India remain to be seen.

The champs won all their group games, mostly convincingly, including South Africa, who were the first side to reach the semi-finals when they beat Sri Lanka on Wednesday. MS Dhoni's men are definitely peaking at the right time.

They have been in the Antipodes for around five months now, so are the one non-hosting side well used to the conditions. Their batting line up, with Virat Kohli and Suresh Raina in good recent form, will be eager to get going on this cracking batting deck.

India have no injuries to worry about and are likely to stick with the same players who did so well earlier on. The Tigers, meanwhile, have skipper Mashrafe Mortaza back from injury to lead them in their first ICC event knock-out game.

The sides last met in an ODI in June last year, when India won the three-match series two-nil with the final game rained off. The second ODI saw India win by 47 runs, despite only scoring 105 themselves. The Tigers needed just 106 to win, but Stuart Binny's six and Mohit Sharma's four wickets demolished them inside 18 overs for 58 runs. Only two batsmen reached double figures.

Their 2011 encounter was the opening match of the tournament, and India won by 87 runs in Dhaka. Virender Sehwag and Virat Kohli scored centuries on their way to 370, before Munaf Patel took four to see the Tigers all out for 283.

The Caribbean in 2007 was a different story though, as Bangladesh won by five wickets in Port of Spain. India were all out for 191 thanks to Mashrafe Mortaza's four, and half tons from Tamim Iqbal, Mushfiqur Rahim and Shakib-al-Hasan saw them bag the win.

For India, they will be looking to their pacemen, whether they bat first or second. Their bowling has been quite excellent so far, with Mohit Sharma the star of the show, taking wickets in every game, including three in the last one against Zimbabwe.

The Tigers will need Mahmudullah to continue his excellent for with the bat, as he's scored two tons in his last two games, against England and New Zealand, and is beating all the Indian batsmen on the run list. He'll need support though, which he didn't get against the Kiwis.

It starts out fine for much of the day, but the chance of rain increases as we head into the evening. There's a 50-50 chance of showers interrupting things, and temperatures will be in the high 20s all day.

India will be too strong for the plucky Tigers, we reckon. A handsome win for the defending champions.