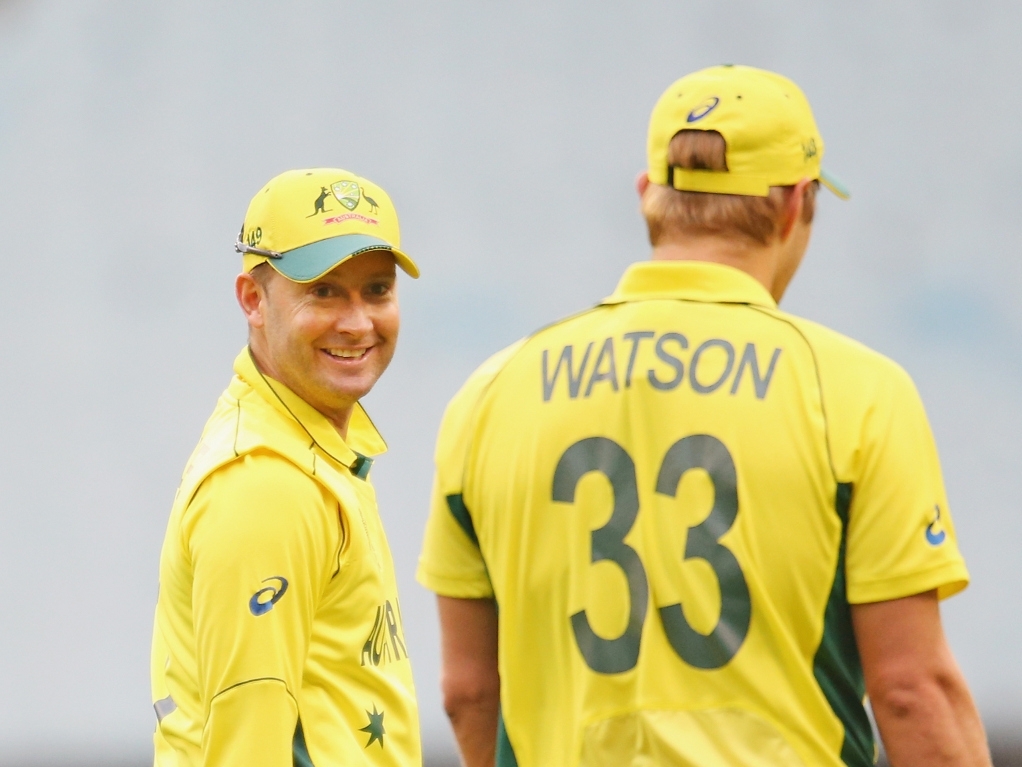 The World Cup match everyone has been waiting two weeks for has finally arrived, as New Zealand host Australia in Auckland, with both sides enjoying a long break before this fixture.

The Black Caps come into the game on the back of three wins and then a week-long hiatus, while the Aussies won one and then watched the rain steal a point from them 10 days ago. Both sides are unbeaten in their last five fixtures.

That rained-off game against Bangladesh was supposed to be skipper Michael Clarke's big comeback from injury, so this game is doing the job. Having been out of action since November, he has replaced the unlucky George Bailey.

In the bowling department, the Aussies have opted to drop fast bowler Josh Hazlewood in favour of Pat Cummins, leaving the Mitchells Starc, Johnson and Marsh to continue together.

The Black Caps have confirmed that they will not be making any changes from the previous three games, the same XI for all four now, and Tim Southee's shoulder injury scare turned out to be a false alarm.

The most recent encounter between the sides was in mid-2013, but that was a no-result, so let's go back further to…

… the World Cup in India/Bangladesh in 2011. The sides met in a group clash, and the Aussies won by seven wickets and with nearly 100 balls to spare. Mitchell Johnson took four wickets as the Kiwis were all out for 206. Half tons from Shane Watson and Brad Haddin saw the Aussies home with ease.

In the 2007 tournament in the West Indies, they met in the Super Eights and the Aussies won by a massive 215 runs. Matthew Hayden's century saw then to 348 for six, before Brad Hogg's four saw the Kiwis all out for 133.

The Black Caps will obviously be looking to their skipper, Brendon McCullum, against a challenging bowling attack. He broke the record for the fastest World Cup fifty the other day, and clobbered Steve Finn for 49 runs in two overs. The Oz pacemen will not be keen to face him, despite downplaying his danger in the media.

On the other hand, the Kiwis will not be eager to come up against Mitchell Starc. He took two wickets against England in the opener, and was superb in the tri-series in January. He's loving the white ball at the moment.

Not a cloud in the sky, so not risk for the Aussies getting just one point this time. Temperatures set to hover around 23 though, so nice and mild.

Probably the toughest one so far. A verbal office poll tips the Black Caps, so we'll go with them. Doing it for Martin Crowe!