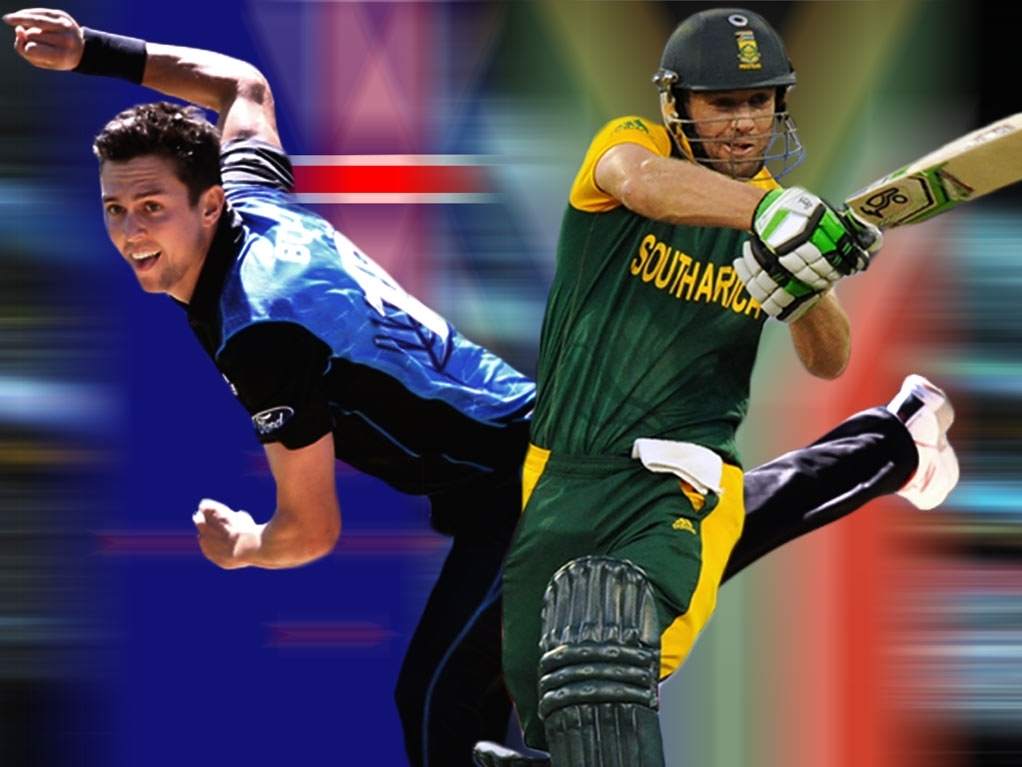 Two sets of players will walk out at a potentially rainy Eden Park on Tuesday, both led by dynamic captains, and both sets will be aiming to compete in their country's first World Cup final.

Between them, New Zealand and South Africa have played in nine semi-finals, and none of those have ended in their favour. The Black Caps were in the final four in 2011, having beaten the Proteas to get there.

This is an almost impossible result to predict, as New Zealand are unbeaten in the tournament so far, and have looked very comfortable. The come into the game on the back of Martin Guptill's 237 not out against the Windies, a massive confidence boost.

The Proteas easily overcame Sri Lanka in their quarter final to record their first ever knock out match. That has given them a mental boost too, and AB de Villiers insists they can, and will, beat the Kiwis on this tough track.

Injury-wise, the hosts are without paceman Adam Milne who has been ruled out of the tournament with a heel injury. Milne, who bowls at 150kph, had only recently come back from a shoulder injury. He's been replaced in the squad by Matt Henry, though Kyle Mills could be asked to play.

The Proteas have to decided whether they'll keep the same side that beat Sri Lanka, or whether Kyle Abbott will make way for Vernon Philander, who is a better batsman. But Philander has been on the sidelines for a while with a side strain, and Abbott has done well.

As for the rest, it's unlikely the selectors will change anything else. JP Duminy's hat-trick has cemented his place as the spinning all rounder, leaving Farhaan Behardien without a place, while Quinton de Kock finally scored some runs at the top.

This is the ground where Australia and New Zealand both struggled to score more than 150, and it's also where the Proteas skittled Pakistan for little over 200, but were all out for 202 themselves. The side with the most resistant batsmen will win.

Their most recent encounters saw the Proteas win a three-match series in New Zealand two-nil in October 2014. The third game was rained off, so the second game is the one to look at. A century from Hashim Amla saw the Proteas post 282 for nine, and the Black Caps were bowled out for 210. The wickets were spread two by two on both sides, while Luke Ronchi's 79 was the only bright spot for them.

The Black Caps have a habit of knocking SA out of tournaments, and the most recent World Cup clash saw them do just that. They met in the quarters in 2011, and the Kiwis won by 49 runs in Dhaka. It was another instance of the Proteas failing to chase a small target (both their defeats in this Cup have been batting second), as they needed just 222 to win but were all out for 172. Jacob Oram took four wickets, while Jacques Kallis top scored with 47.

In the 2007 edition the Kiwis won as well, in the Super Eights, chasing the 194 required with five wickets in hand. It was a low-scoring thriller though, as they only got the runs in the 49th over.

South Africa skipper AB de Villiers has a bit of a head cold, but you'd have to tie him to a the bed to prevent him from playing. He's built for the big stage, and his team will be hoping he can score some big runs if he gets to bat. He's also been very handy with the ball lately, taking regular wickets with his dibbly-dobblies.

The Black Caps will look to paceman Trent Boult, the tournament's leading wicket-taker, for their advantage. He's been superb, and the moisture in the air will add to his swing, and the Proteas batsmen will want to see his overs off without too much damage.

There will be some rain about, with the morning looking particularly soggy, but it's set to clear so the hopes are it won't have too much of an effect on the game. There is a reserve day, just in case.

A year ago this would have been easy, but now it's even money on the Kiwis and they're probably the favourites. They're playing in front of their home fans, and have the historical advantage. They'll win, but it'll be a thriller.