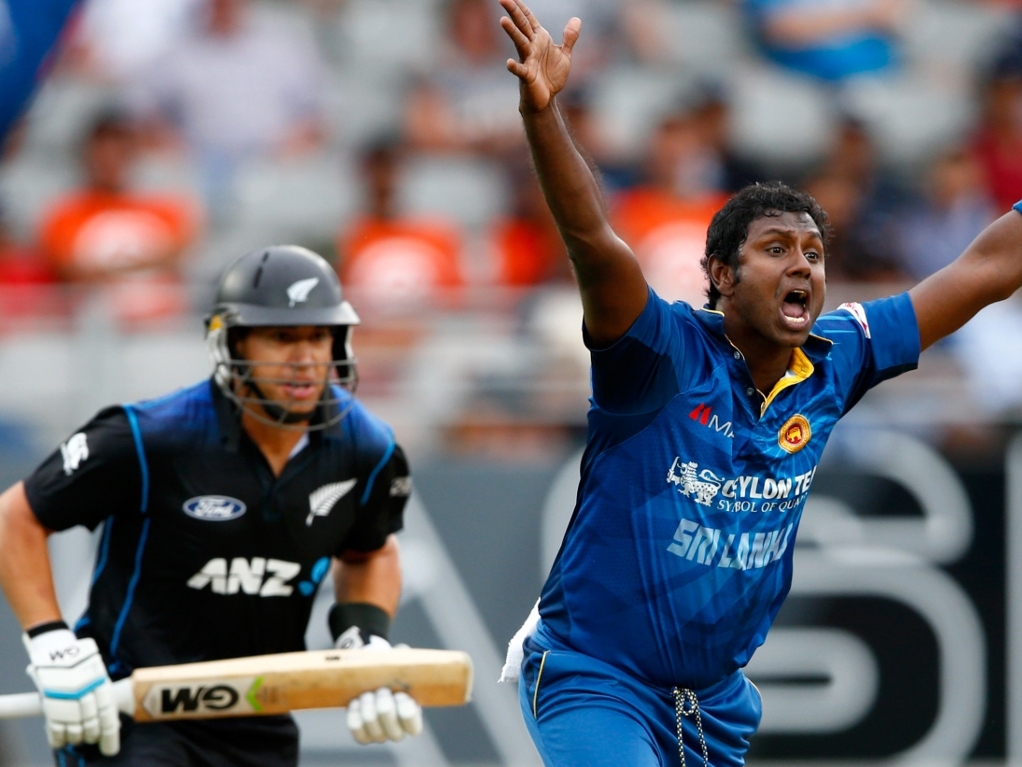 Neither side have any injuries to contend with, and will be eager to revisit the rivalry they contested for seven games just a few weeks ago. The Black Caps have had the better warm-up string, beating South Africa, while Sri Lanka faltered and lost to Zimbabwe. But that matters little now, as two fan favourites clash in the rebuilt city of Christchurch.

New Zealand have gone from 'dark horses' in previous tournaments to one of the favourites here, and with their batting line up featuring Brendon McCullum, Ross Taylor and Kane Williamson, the Sri Lankan medium pacers will need to be very accurate on a Hagley Oval deck that is good to batsmen. The visitors, on the other hand, have lost three of their last five ODIs, and must settle on a batting order ASAP.

The sides met in a seven-ODI series as recently as January, with the Kiwis coming out on top four to two. The final game of that series saw Sri Lanka pull one back, winning by 34 runs in Wellington thanks to a century from Kumar Sangakkara. It wasn't a big score to chase either, but the Kiwis allowed Sri Lanka's bowlers to put in an all-round effort, preventing a successful chase of 288.

The World Cup in India and Sri Lanka in 2011 saw the hosts dominate the Black Caps, both in the group stage and in the semi-finals. New Zealand lost the group A match thanks to a ton from Sangakkara, though the target was a small one. The Kiwis needed 267 to win, but Muttiah Muralitharan's four-fer saw them all out for 153. In the semi-final, Sri Lanka won by five wickets in Colombo, as Sangakkara and Tillakaratne Dilshan's half tons saw them score the 218 required with ease.

For the Kiwis, batsman Kane Williamson will be the one to watch. The blonde all-rounder averaged over 70 in ODIs in 2014, and it almost comes as a shock if he doesn't score at least a half century. He has been the backbone of the top order for a while now, and also loves the Sri Lankan attack, scoring a double century again them in a Test late last year. In the recent ODI series he scored two tons, a 97, a 54 and a 66.

Sri Lanka will, as always, look to their skipper Angelo Mathews. He was one of the top run scorers across all formats in 2014, and has a handy knack of taking wickets with his medium pace just when required. His for wasn;t great with the bat in the ODI series in January, but he found some runs in the warm up against South Africa, making 58. This clash also sees two of the most popular, and 'funky' captains go head to head.

Not ideal, actually. Rain in Christchurch on Friday literally dampened spirits a bit, and showers could interrupt proceedings on the day. But even if the rain stays away, forecasts show it's going to be chilly, not often going over 12 degrees Celsius.

It'll be tighter than expected, as Sri Lanka do tend to pick up their games under pressure, but it's likely that the home support will boost the Black Caps to victory. We'll get off the fence and say the hosts will win.