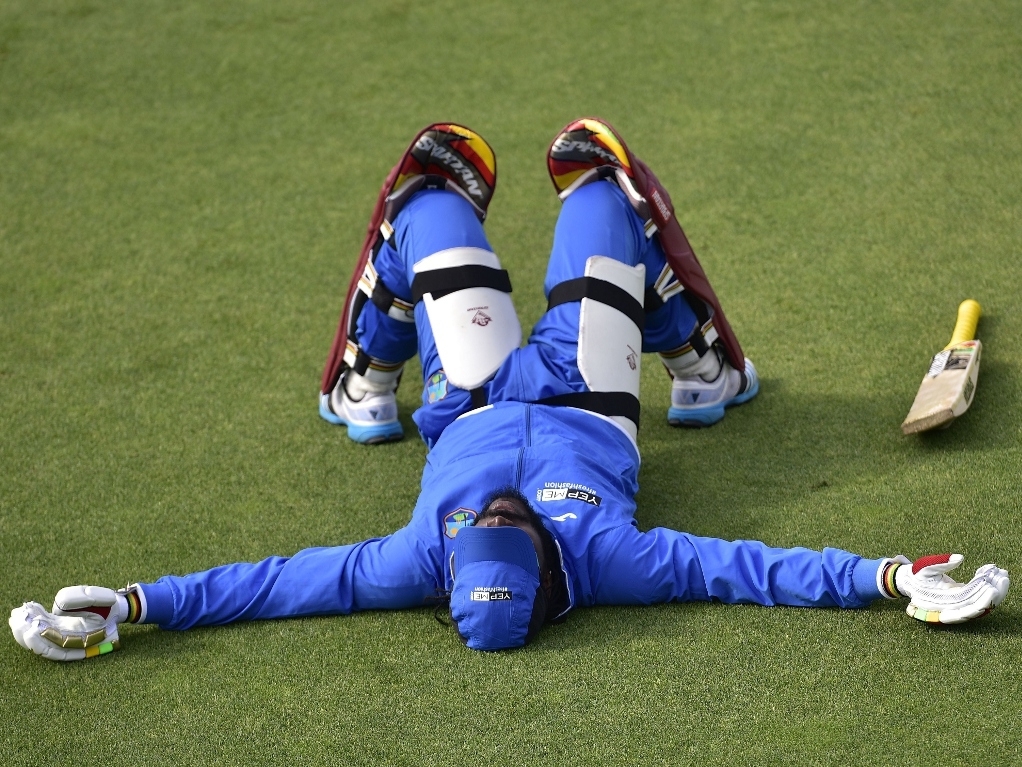 The fourth and last quarter-final takes place at the Cake Tin in chilly Wellington, and New Zealand are the clear favourites as they've yet to lose a game, while the Windies are as fragile as Chris Gayle's lower back.

The West Indies opener is at risk of not playing in this game, due to a back injury, and they will only decide before the toss whether the cortisone injections have done enough to get him on the field. If not, Dwayne Smith and Johnson Charles will open.

The Windies have been very up and down so far, and only scraped into this round on the final day of the group stages, thanks to Pakistan doing them a favour and beating Ireland, whom the Windies had lost to.

The Black Caps, on the other hand, have been excellent in all departments, aside from that one game against Australia where they chased 150 down with one wicket to spare. Skipper Brendon McCullum has said he will keep playing attacking cricket, despite the risks.

The Kiwis are in possession of the best opening pair with the ball in tournament wicket-taking phenom Trent Boult, as well as Tim Southee, who took seven wickets at this venue against England in the group stage.

Paceman Adam Milne is set to return for this game, having missed out with a shoulder injury previously. He will send Mitchell McClenaghan back to the drinks carrier role, and the Windies will be wary of his 150 kpm deliveries.

The sides last met in an ODI series in January 2014, which was drawn two all. The last game then, in New Zealand, saw the Windies win by a whopping 203 runs in Hamilton, thanks to centuries from Kirk Edwards and Andre Russell. They ensured a score of 363, and the Black Caps were all out for 160. Nikita Miller took four wickets, while Corey Anderson got a top score of 29.

They did not encounter each other at the 2011 edition, but they did clash in 2007 at North Sound. The Kiwis won that game by seven wickets in the Super Eights, with the Windies all out for 177. Jacob Oram, Shane Bond and Dan Vettori, who is the only surviving member, took three wickets each, before Scott Styris made 80 not out for the win.

If Chris Gayle can't play, Andre Russell is the next bet for big runs. The all-rounder has been better with the ball so far, taking regular two-wicket hauls, but did quite well with the bat against Pakistan, making 42 not out, and also bagging some big runs on the tour to South Africa.

The co-hosts have a number of players to keep an eye on, but pace pair Boult and Southee will be key, no matter if they bowl first or second. One imagines they could defend a score under 200 if required, as well as remove the erratic Windies cheaply if they have first go.

It's set to be nice and sunny for most of the day, with a smattering of cloud cover at some points, but it won't be very warm. Temperatures are not due to go above 18.

New Zealand's winning run will continue, but with a bit of a scare via some quick Windies batting. Kiwis v Proteas semi-final.