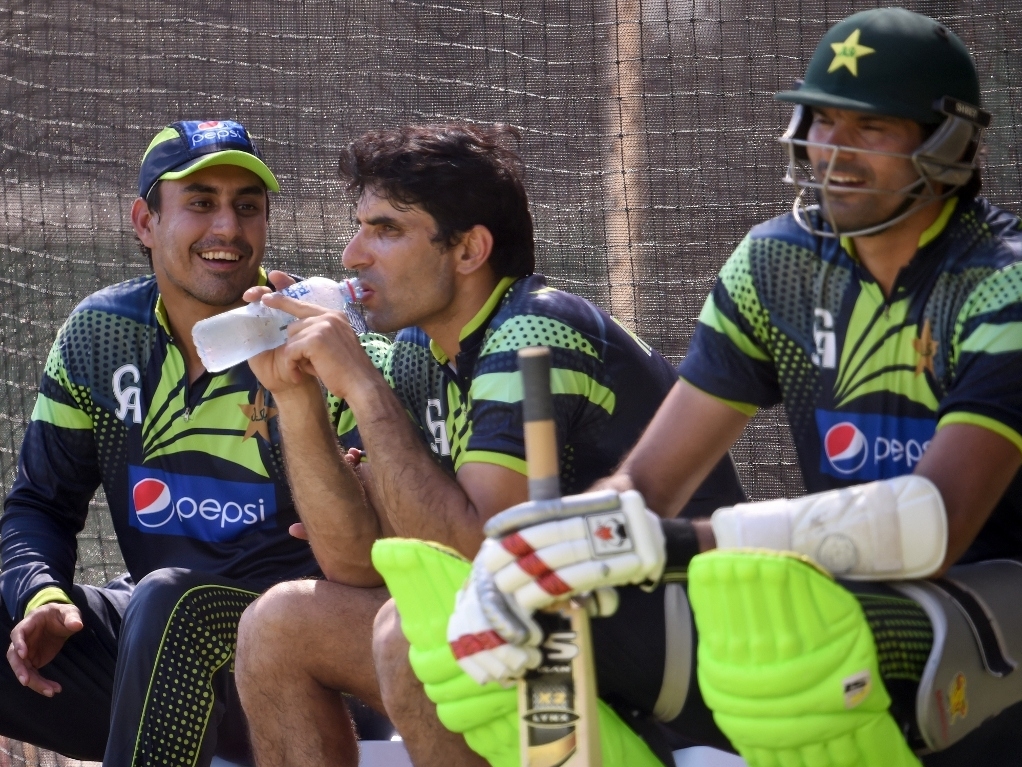 And so we arrive at the most unpredictable clash in world cricket. One never knows, from one game to the next, how these two sides will perform on the day, as they can both be brilliant or abysmal.

Both teams come into the game on the backs of defeats in their opening fixtures. Pakistan lost to arch-rivals India, while the West Indies suffered the humiliation of losing to Associate side Ireland, a worse effort.

The Windies will be able to call on Darren Sammy though, after he was passed fit again. He had a bit of a limp against Ireland, but that has resolved itself. They can also call on spinner Sulieman Benn, after he missed the first game.

Pakistan have no injury concerns, but will hope that their top order have their minds in the game this time. Once again, Misbah was the pick of the lot, making 76 in a lost cause, and he has begged his colleagues to come to the party this time.

The sides have not faced each other in an ODI in nearly two years, and the conditions will favour the Windies a bit more given the pace. If Chris Gayle or Marlon Samuels come off, it could be a busy time in the field for the lime green side.

Their most recent ODI against each other was in mid-2013 at Gros Islet, where Pakistan won by four wickets. The Windies made 242 for seven in their knock, with the now-absent Dwayne Bravo making 48. Pakistan chased that down in a tight 49.5 overs, thanks to half tons from Misbah and Ahmed Shehzad. Pakistan won the six-match series three-two.

In 2011, the sides met in Dhaka in the quarter finals and Pakistan cruised to a 10-wicket win. They had bowled the Windies out for 112, Shahid Afridi taking four wickets, and then Mohammad Hafeez and Kamran Akmal saw the side home with ease.

In 2007, in the Caribbean, the sides contested the opening game of the tournament, and the hosts won by 54 runs in Kingston. Samuels' 63 saw them to 241 for nine, and Pakistan were all out for 187.

The West Indies have a popular and talented all-rounder in former skipper Darren Sammy, as he demonstrated against Ireland when he made 89 to see his side past the 300 mark. It wasn't enough, but if he can do the same again then this deck might help his bowling a bit more.

Pakistan have the experienced Shahid Afridi in their ranks, a match winner on any given day. While he wasn't on top form against India, the Windies batsmen might find his tricksy slow bowling a challenge, and if they bowl badly, he will clobber them to all corners.

No rain is predicted for this game, with a bit of humidity in the air but not stiflingly so, as temperatures are set to hover around the 23 degree mark. Comfy for cricket.

Can we sit on the fence? No? Ok… Pakistan. Mo Irfan could be the key with the ball, and Misbah will get the runs. They're a bit better than the Windies at the mo'.