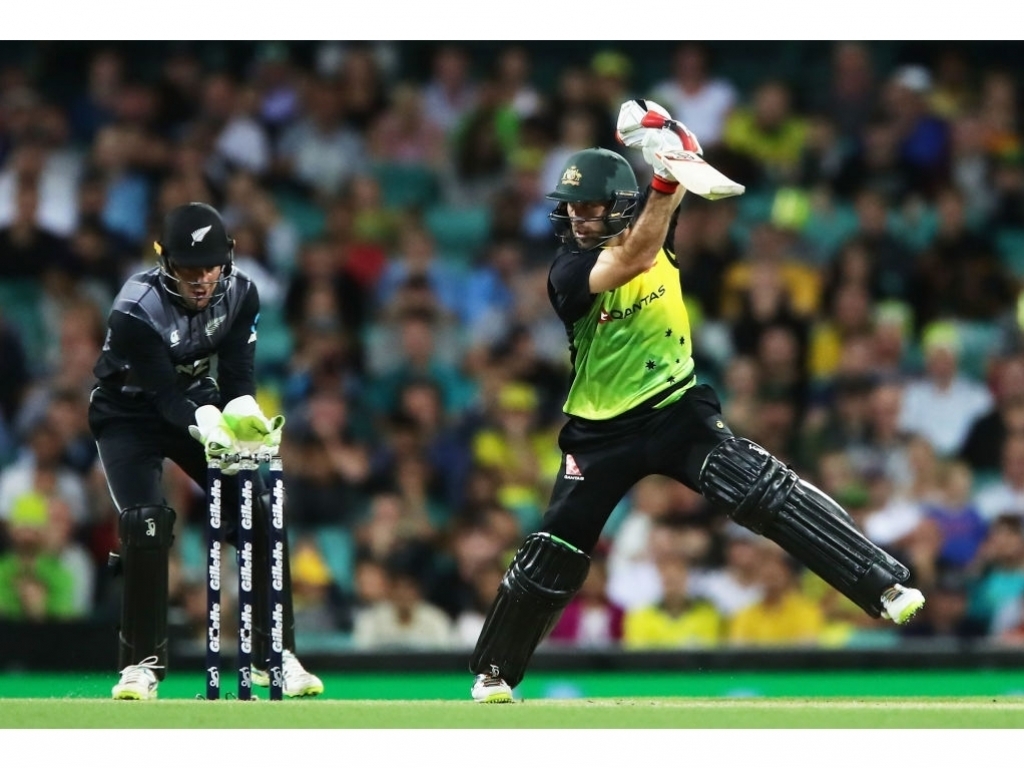 Australia opened their T20I tri-series campaign with a straightforward seven wicket victory over New Zealand in Sydney on Saturday with Glenn Maxwell guiding them home.

Chris Lynn and Maxwell did the bulk of the work with the willow but the match was really won up front by Billy Stanlake and Andrew Tye with the ball.

Stanlake (3/15) made the initial inroads into the Black Caps batting removing Colin Munro (3) and Martin Guptill (5) off successive balls before removing Tom Bruce (3) in his next over.

Spin accounted for both Tom Blundell (14) and Ross Taylor (24) with the latter nicking off to Ashton Agar while the former holed out to Adam Zampa.

Colin de Grandhomme ensured New Zealand had something to bowl at with his unbeaten 38 but he had few willing and able partners as Tye ensured that Mitchell Santner (1), Tim Southee (9) and Ish Sodhi (0) couldn’t make meaningful contributions.

During the innings break rain began pelting down and would see the Australian chase reduced to 15 overs and the Black Caps total of 117 for 9 shrunk to a target of 95.

Trent Boult and Tim Southee brought New Zealand into the contest with early wickets with D’Arcy Short (4) and David Warner (6) departing within three balls of each other.

But Chris Lynn (44) and Glenn Maxwell (40*) were able to effectively keep the scoreboard moving adding 77 for the third wicket before Boult had the former caught with the target in site.

Alex Carey (0*) was there for company as Maxwell hit the winning runs with 21 balls to spare.