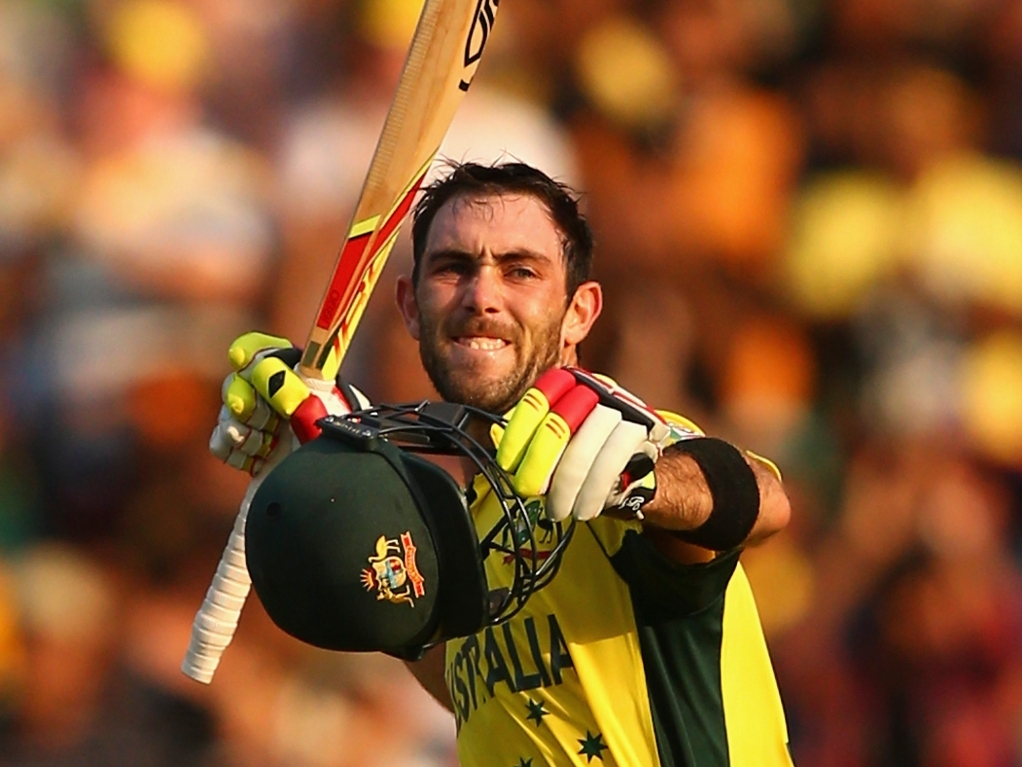 Australia beat Sri Lanka by 64 run at the SCG on Sunday, but the winning margin hides the fight the Sri Lankans put up in chasing the 377 required, with Kumar Sangakkara's ton going in vain.

Australia were excellent with the bat, as Glenn Maxwell's century off just 51 balls added to a string of half tons and they recorded 376 for nine, with late wickets preventing a 400-plus score.

Sri Lanka then made a good fist of the chase, with Sangakkara bagging his third ton in as many games, a new World cup first. Dinesh Chandimal's injury saw him retire hurt on 52 off 24 balls, and he was unable to come out and bat again, leaving Sri Lanka on 312 for nine.

Sri Lanka re now set to face South Africa in the quarter-finals, while the Aussies will play either Pakistan or Ireland as they've all but clinched second place in the group, behind New Zealand.

Australia won the toss and chose to bat, but lost openers David Warner and Aaron Finch relatively early on. Steve Smith and Michael Clarke then steadied the knock, making foundation-building half centuries.

Clarke was clean bowled by Lasith Malinga for 68, thought it did look like a no ball to the naked eye, and Smith departed two runs later for 72 off 88 balls. This game Maxwell enough time to launch an assault.

The all-rounder played shots all over the park as he raced to his half ton off 26 balls. He was soon on 99, and could have equalled the record for fastest World Cup ton, off 50 balls. But the umpire, unsure of the call, asked Maxwell if he'd nicked the ball onto his pads, and Maxwell said he hadn't and it was thus a leg bye. He was unbothered, and got his ton the next ball.

Thisara Perera removed Maxwell for 102, and also bagged Shane Watson for 67 as wickets fell at the death. This prevented a 400 score, but Brad Haddin's 25 off nine balls ensured an nigh-impossible chase.

Sri Lanka's effort with the bat was a valiant one, despite losing opener Lahiru Thirimanne for one to Mitchell Johnson. Sangakkara and Dilshan took the score to 135 over the next 20 overs.

Dilshan was out for 62 off 60 balls, trapped LBW by James Faulkner, and then Mahela Jayawardene was run out by a direct Clarke hit for 19. Sangakkara continued undaunted to his century, but was sent packing by Faulkner for 104.

Angelo Mathews and Dilshan tried to keep the momentum going, but once Chandimal started limping and was unable to run, his skipper sent him off the field and despite his half ton, he was unable to return.

The Sri Lanka tail was no match for Mitchell Starc, who removed Seekkugge Prasanna and Sachithra Senanayake, while Faulkner's third was the wicket of Upul Tharanga. Sri Lanka were essentially all out in the 47th over.