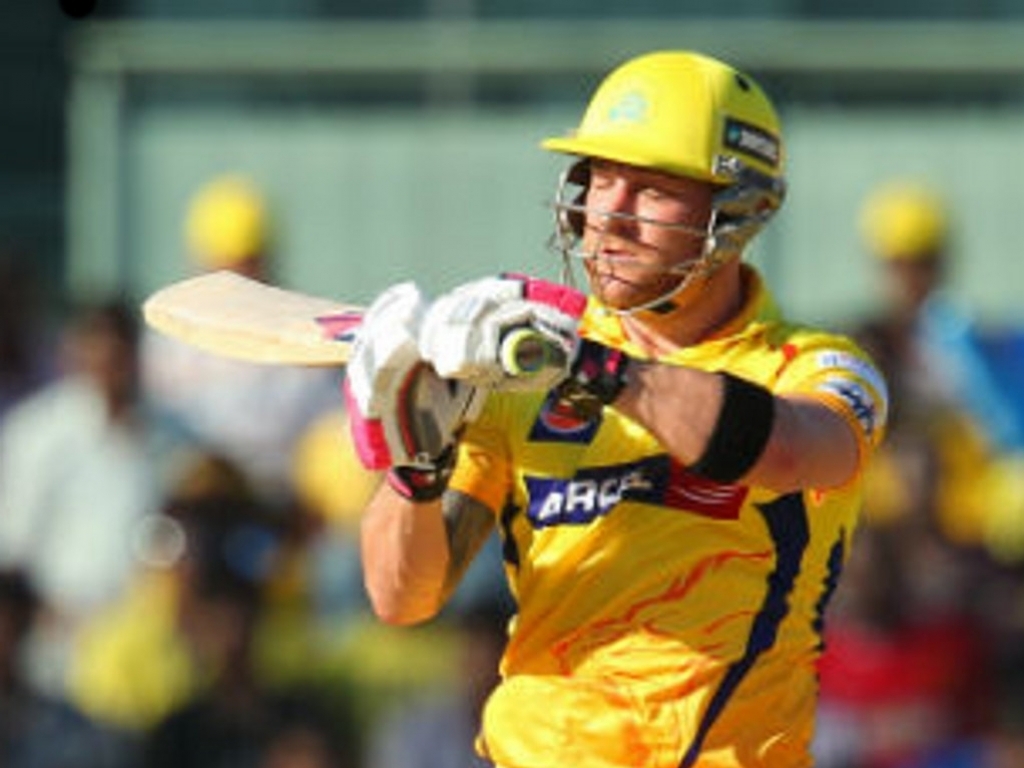 The Chennai Super Kings made very light work of the Kings XI Punjab on Saturday, thrashing them by 97 runs as the bowlers easily defended the 192 the batsmen racked up.

Chennai lost only three wickets on their way to that near-200 score, with Brendon McCullum and MS Dhoni the main run-getters. Spinners Ravi Ashwin and Ravi Jadeja then saw KXIP to 95 for nine.

Chennai won the toss and opted to bat, and soon had 50 runs on the board, inside five overs. Dwayne Smith was the one to fall and break that stand, out to Anureet Singh for 26.

McCullum continued to bat aggressively, and he and Suresh Raina took the score past 100. His 66 came off just 44 balls, including three sixes, but fell in the 13th over to Axar Patel.

Raina was the third wicket to fall, out for 29, leaving Dhoni and Jadeja to push the score. They put on nearly 50 runs in the last five overs, with Dhoni ending on 41 not out, while Jadeja had 18.

The chase was flawed from the start when Virender Sehwag was out for one in the first over to Ishwar Pandey. This left Murali Vijay and Shaun Marsh to continue, and they were only able to add 31 runs.

Marsh was out for 10, and from there the middle order collapsed. It was without Glenn Maxwell as he'd been dropped, while David Miller and George Bailey were out for single figures to Jadeja.

Vijay had the top score of 34, while the next best was 15 by Wriddhiman Saha. He was bagged by Ashish Nehra, who had also removed Marsh.