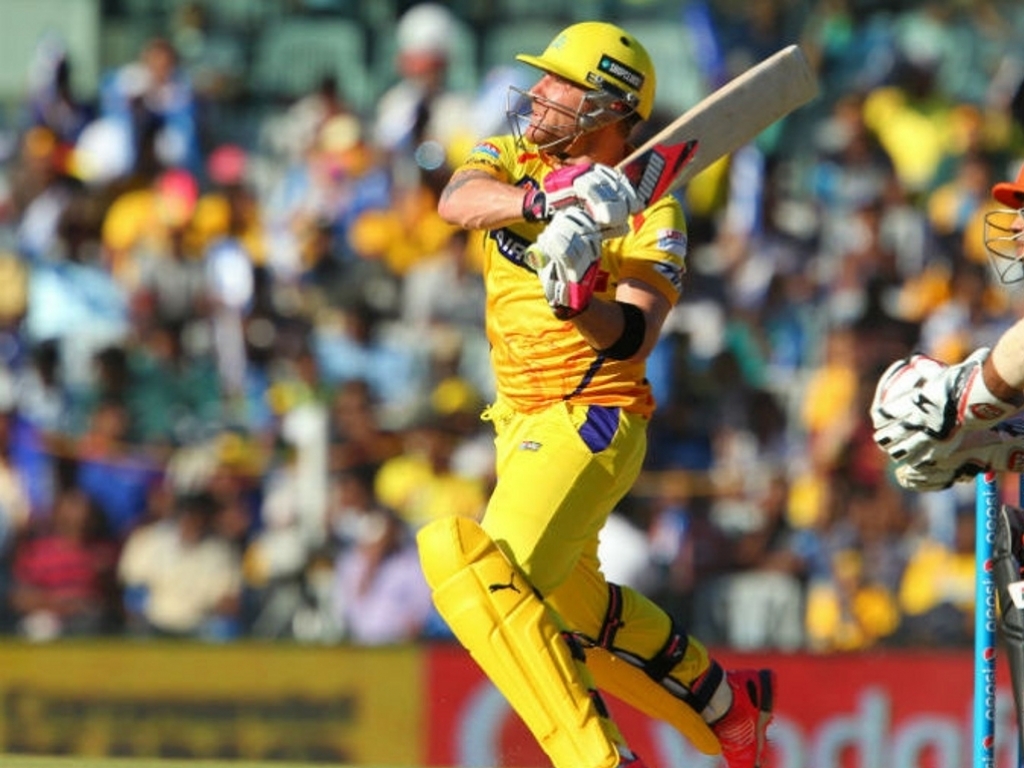 A superb century unbeaten century, the first of this year's competition, by New Zealand captain Brendon McCullum saw the Chennai Super Kings easily beat the Sunrisers Hyderabad, by 64 runs, in the IPL on Saturday.

McCullum struck exactly 100, off 56 balls. as he batted right through the innings as the Super Kings posted an imposing 209 for four in their 20 overs after captain MS Dhoni won the toss and decided to bat first.

The innings got off to rollicking start as McCullum and Dwayne Smith put on 75 in the first eight overs of the innings, before Smith was run-out for a run a ball 27. McCullum and Suresh Raina then put on 60 for the second third wicket in just over overs, with the Kiwi being the major contributor.

Raina also ran himself out, in the 14th over with the score on 135, as the Sunrisers looked to get themselves back in the game but skipper Dhoni had other ideas.

He promoted himself up to number four in the order, and he and McCullum proceeded to dismantle the bowling. The pair put on 63 as Dhoni scored 53 off 29 balls including four fours and four sixes.

Dhoni was out to New Zealand left-arm seamer Trent Boult in the last over, while Ravindra Jadeja was the third run out of the innings when he sacrificed himself to get McCullum back on strike to face the last three balls of the innings.

It looked like McCullum had ran out if balls to score his hundred, as he was on 89 with three balls remaining, but he slammed his compatriot Boult for six, four and then a single to finish off a great knock.

In the chase, the Sunrisers lost wickets at regular intervals, with only captain David Warner showing any kind of fight with 53 off 42 balls. Three other batsmen,Shikhar Dhawan, Ravi Bopara and Kane Williamson registered scores in the twenties but could not kick on.