MCG in the balance and set for tense finale 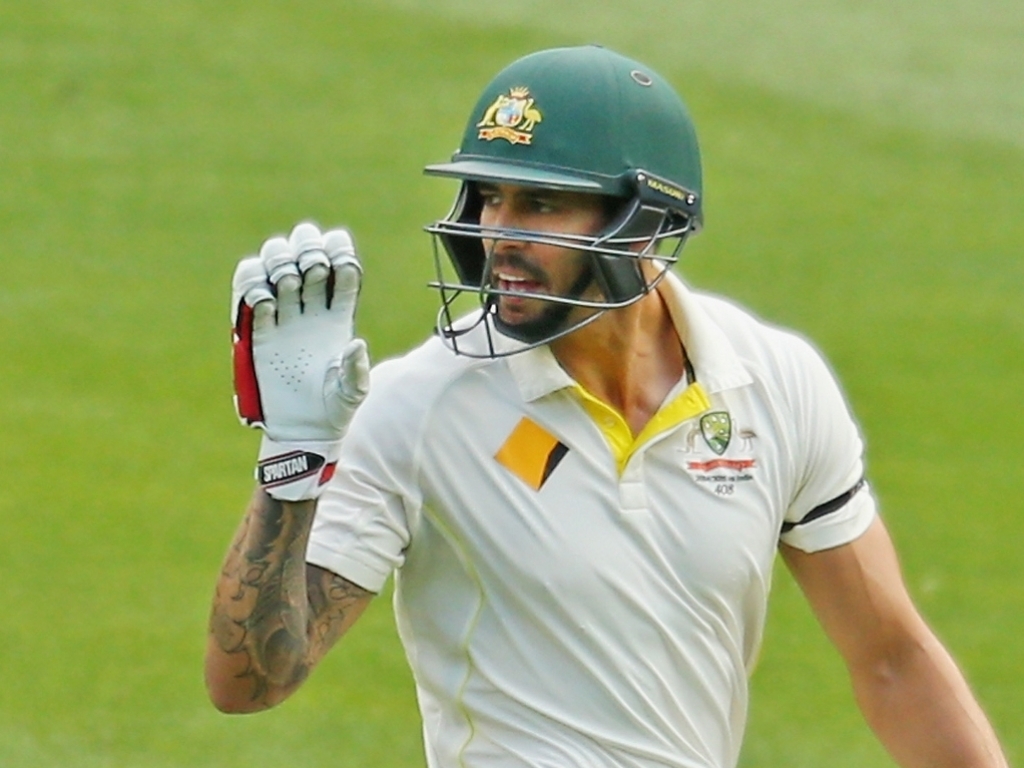 It was a tense day in Melbourne on Monday, as India and Australia's players kept the verbal sparring up while trying to get an edge in the game, with the fourth day ending with the Aussies leading by 326 runs.

India were all out earlier in the day for 465, and then the visiting bowlers did a good job with the ball to reduced the hosts to 176 for five at one stage. But a half century from Shaun Marsh saw the Aussies to 261 for seven at the close.

The day began with India on 462 for eight, and the final two wickets were taken quickly. Umesh Yadav was out for a first ball duck, and then Mohammed Shami, who was on nine overnight, was removed by Mitchell Johnson.

Australia thus held a lead of 65 runs before they even began batting, and this was fortunate as they struggled overall. Openers David Warner and Chris Rogers did well though, putting on 57 for the first wicket in under 16 overs.

Warner made 40 off 42 balls before being trapped LBW by Ravi Ashwin, and Rogers added his second half ton of the game to the tally. He stood at one end as Shane Watson and Steve Smith were removed in the teens by Ishant Sharma and Yadav.

Rogers made his way to 69, but fell just before tea to Ashwin. He had faced 123 balls, with debutant Joe Burns at the other end. Burns was out for nine just after the tea break, ending an unimpressive maiden Test.

Marsh, meanwhile, was the picture of composure. He recorded his first half ton on Australian soil just before the close, but had to watch as Brad Haddin was caught behind for 13, and Johnson was out for 15.

Johnson was caught off a short ball by Ajinkya Rahane, and as he left the field he traded chatter with the Indian players all the way to the boundary. It was just the latest in a line of niggly conversations between the players in the game.

Now the question remains whether Steve Smith will declare overnight and give his bowlers the change to bowl India out in three session, of if he'll want to add a few more runs just to be safe.