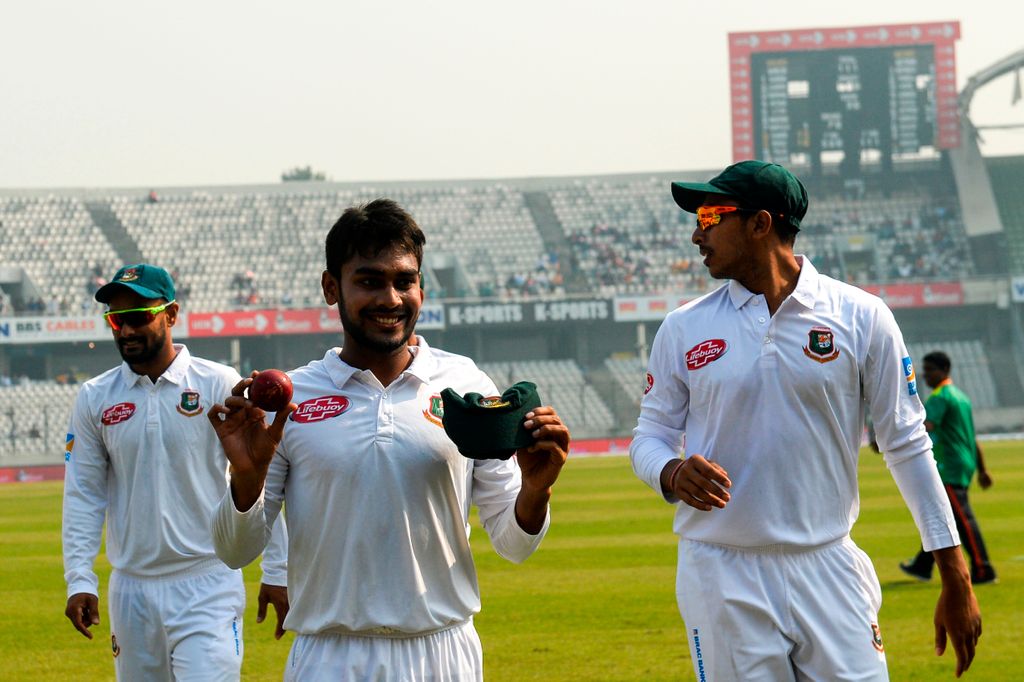 Mehidy Hasan claimed a career-best 12 wickets as Bangladesh romped to victory over the West Indies by an innings and 184 runs in Dhaka on Sunday to sweep the two-match Test series.

Off-spinner Mehidy took 7-58 and 5-59 in the first and second innings respectively to help the Tigers bowl out the visitors for 111 and 213 on the third day of the second Test after the Tigers had scored 508 in their only innings at the crease.

It was home side’s first Test series win in four years, after they won the opener in Chittagong by 64 runs.

West Indies wilted for 213 all out in the second innings after earning the dubious distinction of becoming the first side ever to be asked to follow-on by Bangladesh in a Test match.

Shimron Hetmyer scored an attacking 93 off 92 balls that included nine sixes to prevent a total Caribbean collapse in the second innings.

But Mehidy stopped Hetmyer from scoring his maiden Test century when the batsman went for a 10th sixth, but wound up delivering it to Mohammad Mithun at long-on.

He then removed Jomel Warrican to complete his second five-wicket haul of the game before finishing with match figures of 12-117 — the best ever Test haul for a Bangladeshi bowler.

Kemar Roach provided late entertainment with an unbeaten 37 off 49 balls with seven fours, but it only delayed the inevitable.

Taijul Islam wrapped up the innings and match when he trapped Shermon Lewis for 20 to finish with 3-40.

West Indies’ trouble began from the very start of the third day’s play when they lost five wickets in less than an hour, after resuming their first innings on 75-5.

Hetmyer, who also top-scored in the first innings with 39, hit Mehidy for a six in the second over of the day, but the off-spinner flummoxed him for a sharp return catch to start the collapse.

Bangladesh never looked back as Mehidy claimed three more wickets in quick time, before Shakib wrapped up the innings to finish with 3-27.

The teams now prepare for a three-match ODI series that starts on Sunday.