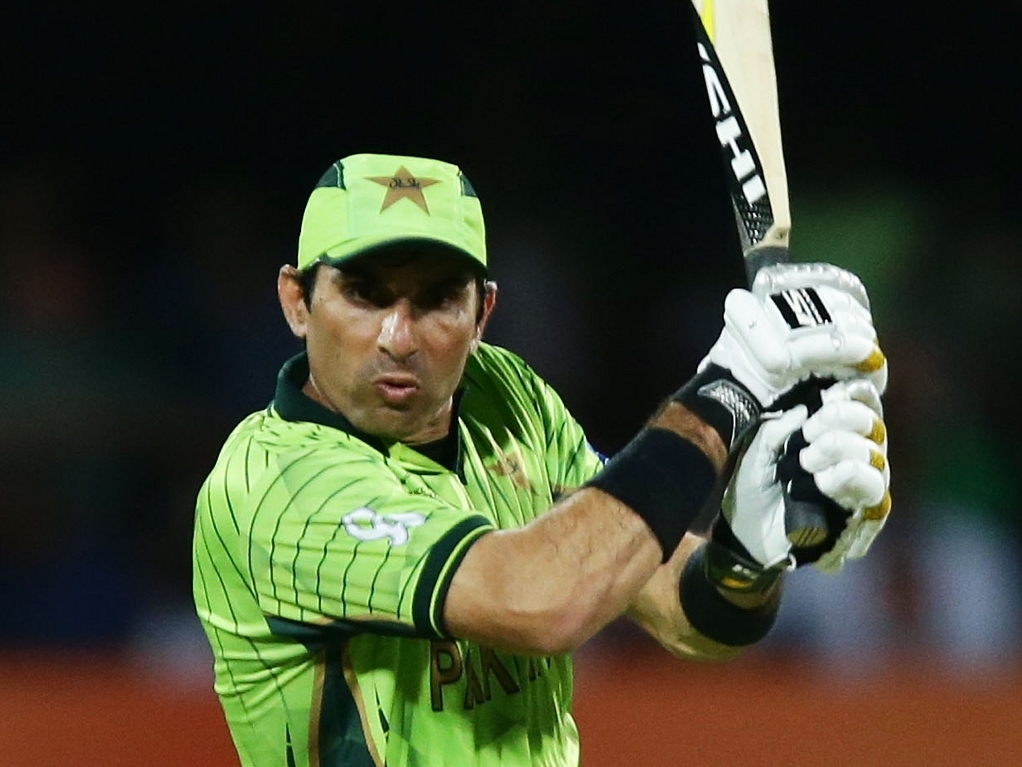 Pakistan captain Misbah-ul-Haq was once again denied a 50-over century, but was consoled by the fact that his side defied some pressure to beat England by four wickets in their World Cup warm-up game in Sydney.

Misbah ended the game on 91 not out, as Pakistan reached the 251 required with seven balls to spare. England had made 250 for eight thanks to half centuries from Gary Ballance and Joe Root.

England won the toss and chose to bat first in this unofficial ODI, and were soon a man down as Moeen Ali was removed in the second over. This left Alex Hales to continue with Ballance, and the pair put on 64 runs together.

Hales was out for 31 to Shahid Afridi, bringing Yorkshiremen Ballance and Root together. The pair advanced the score to 135 before Ballance fell on 57. Eoin Morgan was then out for a duck on the same score.

Root continued at one end, eventually making 85, while Ravi Bopara and Jos Buttler also failed with the bat. Chris Jordan's 31 not out at the death gave the score some respectability.

Pakistan's chase started poorly when Nasir Jamshed, called into the squad to replace the injured Mohammad Hafeez, was out caught behind for one. Ahmed Shehzad followed soon afterwards, leaving Pakistan on 10 for two.

Younis Khan was unable to add more than 19, while Haris Sohail's 33 only saw the side to 78 for four, leaving the side in dire straits. This was then Misbah and Umar Akmal joined forces.

They took the score to 211 over the next 22 overs, before Umar was removed for 65 by Stuart Broad. Misbah continued to chip away at the score, while Sohaib Maqsood's 20 off 12 balls made life much easier.

But Maqsood was out with eight runs to go, and suddenly things got a bit tight. Shahid Afridi took four balls to get off the mark, but them smashed two fours over long off to end the game.