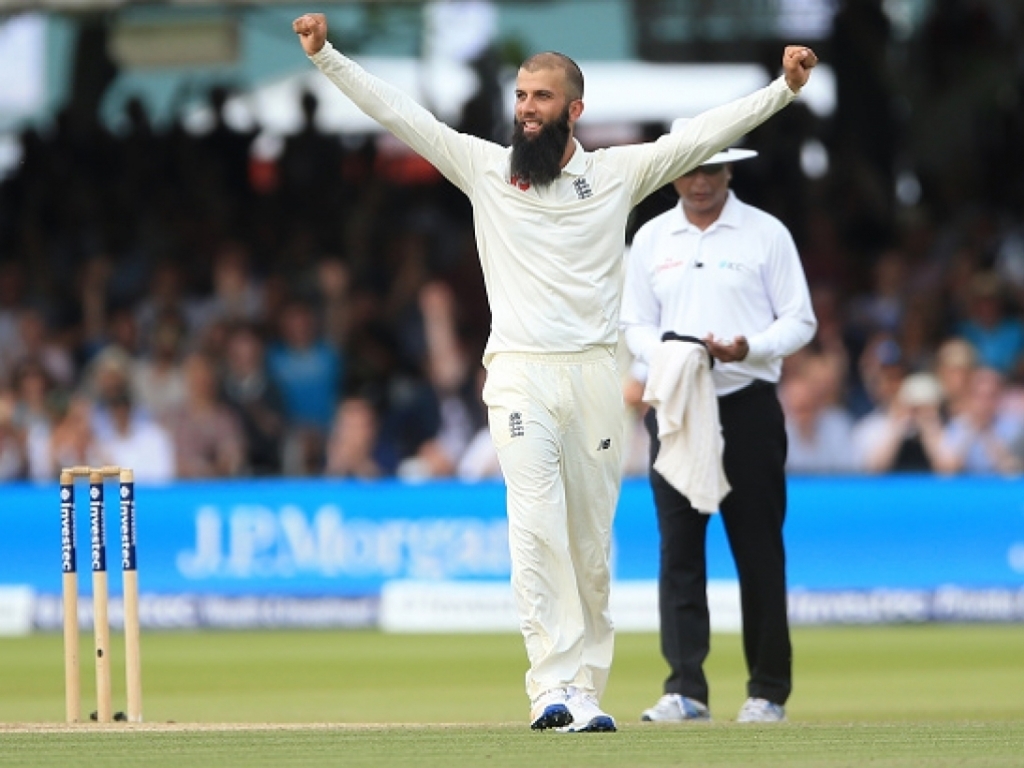 England went 1-0 up in the four-match Test series against South Africa when they beat the visitors by 211 runs inside four days in the first Test Lord’s on Sunday.

Set to make an unlikely 331 for victory, the Proteas crumbled to 119 all out in the final session on day four with England off-spinner Moeen Ali taking 6 wickets to give him 10 in the match.

In truth, neither side’s batsmen were able to cope with the conditions on the last day with England losing 9/114 on the day and South Africa 10/119.

And England would have got quite a lot less had Jonny Bairstow been caught in the deep off a straight forward chance to Vernon Philander. Jonny Bairstow had seven at the time and went on to make 51.

The match was effectively won on the first day when England laid the groundwork for the critical first innings lead thanks to the brilliant century by their debut captain, Joe Root, and in no small part to some poor South African fielding and undisciplined bowling.

The Proteas produced their best session of the entire match, taking 7/63 on the opening session of day four. With Philander back to lead the attack the Proteas were able to keep things tight at both ends and this helped to build the pressure that led to the breakthroughs.

England were nevertheless in a strong position with a lead of 279 runs with two wickets still in hand, one of them being a major batsman in Bairstow.

Morne Morkel made the initial breakthrough when he dismissed both the overnight batsmen (Alastair Cook 69 and Gary Balance 34) in successive overs and he was backed up by Keshav Maharaj and Kagiso Rabada with the next five wickets between them.

Bairstow who had been dropped in the deep by Philander off Maharaj when on seven went on to complete a half-century (51 off 76 balls, 6 fours) before being the last man out, setting the Proteas a stiff target of 331 for victory. Maharaj finished with 4/85 with Morkel and Rabada taking 3 wickets each.

The magnitude of the task facing the Proteas became evident in the 13 overs before tea when they scored only 25 runs and lost three wickets in the process. Ten of those runs were scored by Hashim Amla in one over from James Anderson.

Heino Kuhn was caught down the leg-side off Anderson, Dean Elgar gave a return catch to Moeen trying to take the attack to the spinner and then on the stroke of the interval Duminy miscued an attempted pull shot off Wood and was caught by Moeen at square leg.

The innings became a procession after the interval as England unsurprisingly opted for spin from both ends. There was brief resistance from Quinton de Kock, promoted up the order to number five, and Temba Bavuma who compiled far and away the best partnership of the innings of 36.

The second Test starts at Trent Bridge on Friday.