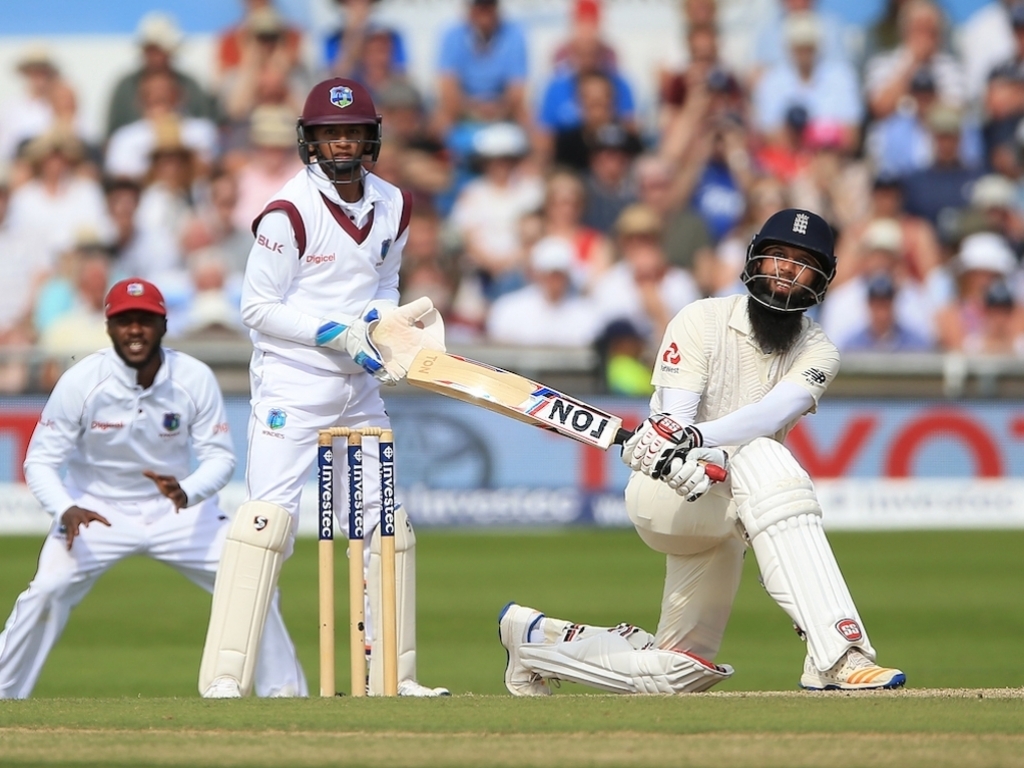 Half centuries from Moeen Ali and Chris Woakes who shared a rapid 117 runs stand helped England set the West Indies a target of 322 to win.

The visitors reached 5/0 by the close of play but will be demoralized by how they let the game slip away from them.

England had resumed on 171/3 on the fourth morning leading the West Indies by two runs.

Joe Root (72) and Dawid Malan moved the score to 212 before the skipper got a ball from Shannon Gabriel that got big on him resulting in him being caught in the gully.

The under pressure Malan would tough things out and share a 91 run partnership with Ben Stokes for the fifth wicket.

Stokes (58) was the first in a trio of quick wickets bagged by Roston Chase (3/86) that seemed to get the West Indies back into the game.

After Stokes departed chase bowled Malan (61) and saw Jonny Bairstow (18) attempt a mad reverse sweep that cannoned into his stumps off the bottom edge.

After Moeen departed Woakes and Stuart Broad (14*) added 45 runs to reach 490 before an attacking declaration from Root left the Windies with six overs to face before stumps.

Kraigg Brathwaite (4*) and Kieran Powell (1*) survived the examination but the visitors face an uphill task to win or even salvage a draw from a match they looked to be in control of after each side had batted once.