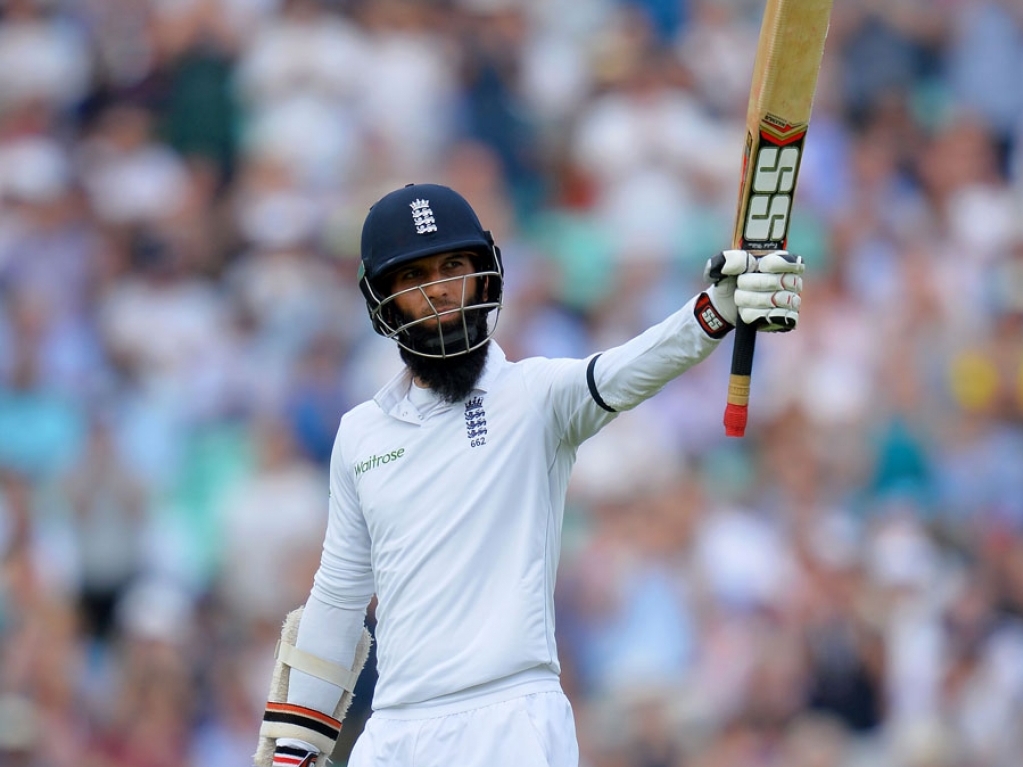 Day one of the fourth Test between England and Pakistan at The Oval belonged to the visiting pace bowlers, despite a fluent century from Moeen Ali that steered the hosts to 328 before the close.

Pakistan were on three for one at stumps, having faced three overs after bowling England out in 76.4 overs, leaving the visitors trailing by 325 runs.

England lost four wickets in the morning session, three of those to Wahab Riaz, who returned to the side in place of Rahat Ali. But Moeen (108), Jonny Bairstow (55) and Chris Woakes (45) stepped in.

The afternoon belonged to the home batsmen, but the evening again swung in the favour of Pakistan as Sohail Khan made the old ball talk. He ended the day with figures of 5/68.

England openers Alastair Cook, who had won the toss, and Alex Hales put on 23 for the first wicket before Hales was caught low to the ground by Yasir Shah. The umpires had a look, but there was no video evidence that it had not carried, so Hales had to go, mumbling grumpily as he went.

Cook was then dropped by debutant Iftikhar Ahmed in the slips, but it was not costly as Cook was soon walking back for 35, having played Sohail onto the stumps, trying to pull a ball that did not get up.

Joe Root and James Vince followed before lunch as England looked fragile at the top yet again. Gary Ballance was also out cheaply, after the break, for eight. He and Vince will be fortunate to retain their places after this series.

But Bairstow and Moeen, who had done a similar rescue job at Edgbaston, combined for the rest of the afternoon, putting on a stand of 93 in 25 overs. Once Bairstow departed for 55, Woakes stepped in.

He and Moeen added 79 to the score before Woakes fell for 45, caught behind off Sohail. Stuart Broad recorded a duck while Steve Finn made eight, and both were removed by Sohail as well.

This left Moeen, in the 90s, to battle towards a century with only James Anderson remaining at the other end. but Moeen recorded his third Test ton in brilliant fashion, shashing Yasir Shah for six.

He was the final wicket to fall though, forcing Pakistan to come out to bat in the twilight. Sami Aslam was the lone wicket, out for three to Broad, LBW.