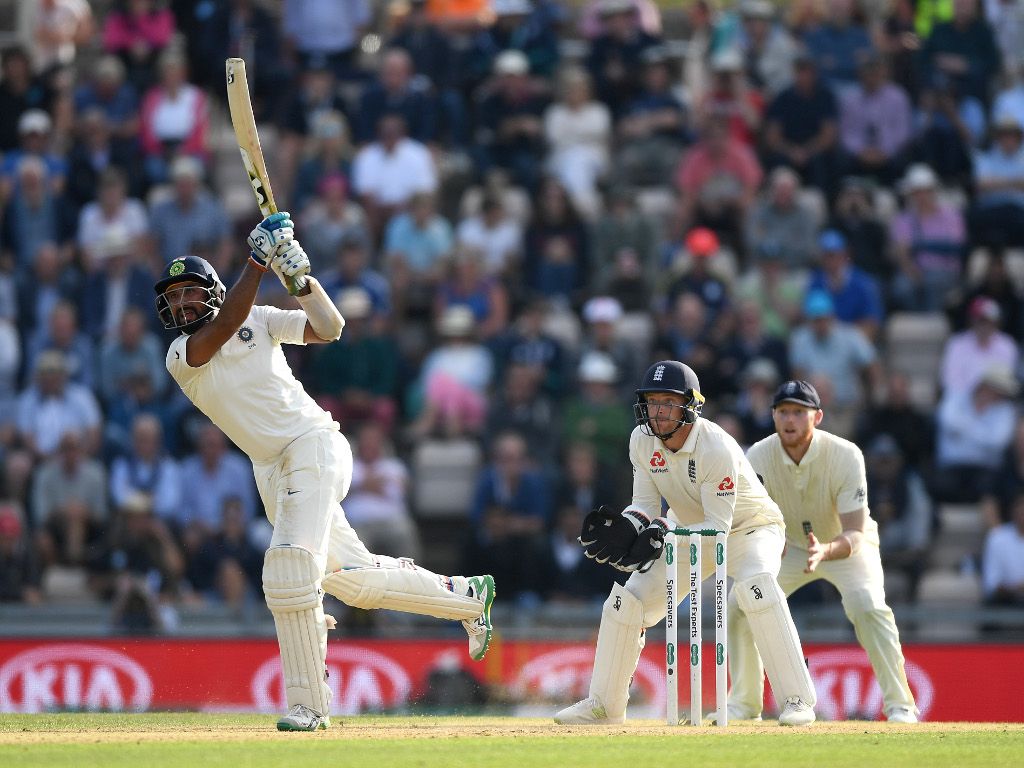 England off-spinner Moeen Ali tore through the India middle-order with a five-wicket haul on day two of the fourth Test at the Rose Bowl but the day belonged to Cheteshwar Pujara who hit an unbeaten 132.

Pujara found himself at the crease early with Lokesh Rahul adjudged leg before in the fourth over of the day, the eighth of the India innings, leaving the tourists 37 for 1 and giving Stuart Broad the first of his three wickets.

Shikhar Dhawan helped Pujara move the score to a round fifty before he nicked off to Broad for 23.

When Virat Kohli joined Pujara India took charge of the match and looked set to move to a position of dominance.

The pair took India to lunch on 100 for 2 and would put on 92 for the third wicket. Sam Curran earned England the breakthrough with a slanted delivery that didn’t swing back in as Kohli (46) expected and found the skipper’s edge which Alastair Cook pouched.

Ajinkya Rahane (11) fell victim to Ben Stokes inswinger which trapped the vice-captain leg before, he reviewed but DRS would not save him or any other India batsman with their referrals used up. 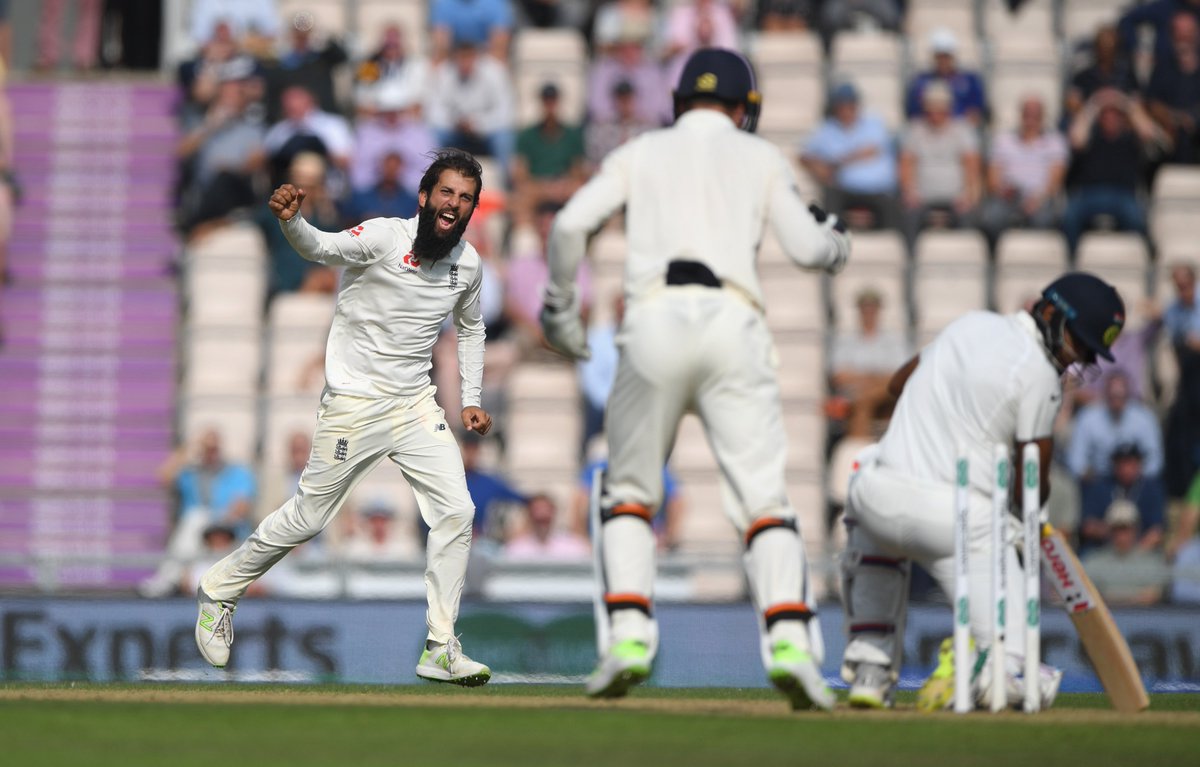 All the while Pujara made steady progress but the lower-middle order of India ran into an unexpected nemesis in Moeen.

Pujara had made 96 not out when number 11 Jasprit Bumrah strode to the crease with fears mounting that the number three would be left high and dry in the 90s.

In the end Pujara not only went to his first hundred in England but helped India establish a lead. Pujara and Bumrah (6) would add 46 for the final wicket before Broad got once to rear up on the latter who could only fend it into the slips. India were 273 all out which gave them a 27-run advantage over England with the match effectively half over.

England’s openers survived a tricky four over spell, with Keaton Jennings (4*) getting off a pair with a four off Bumrah with Cook (2*) there alongside him. England trail by 21 after two days.