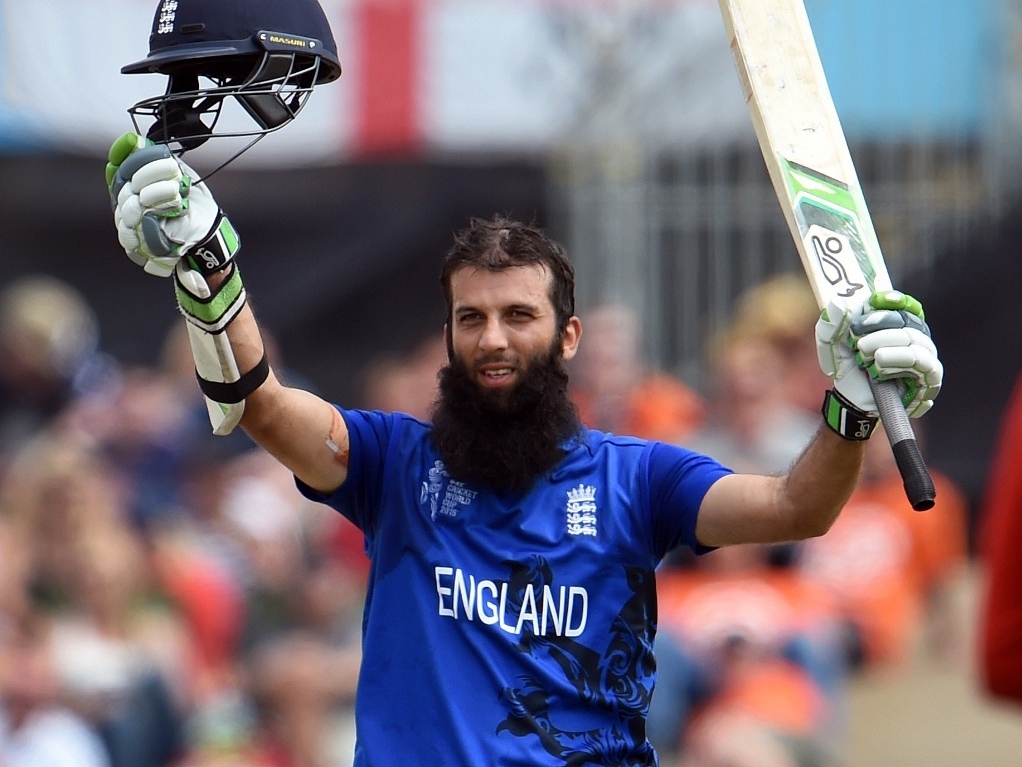 England overcame Scotland with relative ease in Christchurch on Monday, with a century from Moeen Ali ensuring a 300-plus score, and then the bowlers doing the job to see the tartan-clad side all out for 184, a win of 119 runs.

England batted first and a near-200 stand between Moeen and Ian Bell was the perfect platform, though the middle and lower order didn't post as big a score as they were probably imagining. With the first wicket falling on 172, England progressed to 303/8.

Scotland opener Kyle Coetzer (71) tried valiantly to keep the runs flowing, and the Scots did manage to take the innings past the 40-over mark, but in the end England's all-round bowling effort was too strong to overcome.

Scotland won the toss and opted to field, imagining their pacemen would prevent a massive target. Having never won a World Cup clash before, it was an uphill task from the start, and Moeen and Bell were too experienced.

Moeen was by far the more aggressive partner, and when he neared his century, Bell had yet to reach the half ton mark. Moeen's century came off 91 balls, while Bell's fifty took 80 deliveries to reach.

Bell was the first to depart, the team score on 172 and his score on 54, when Richie Berrington struck. Three wickets fell quickly after that, as Moeen was out for 128, and Gary Ballance and Joe Root both fell with the score on 203.

Skipper Eoin Morgan got some runs on the board by making 46, building up his own confidence after a poor run of form, while James Taylor added 17 and Jos Buttler 24. Josh Davey was the pick of the bowlers, taking 4 for 68.

A successful chase was never really on the cards for Scotland, as wickets tumbled at one end as Coetzer upped his own stats with a half ton. The next best score for the side was Preston Mommsen's 26, as only Stuart Broad went wicketless.

Steve Finn was back on song after his horror effort against New Zealand, picking up three wickets here. Having been smashed for 49 off two overs by Brendon McCulum, this was a timely comeback by the Middlesex man, albeit against much weaker opposition.