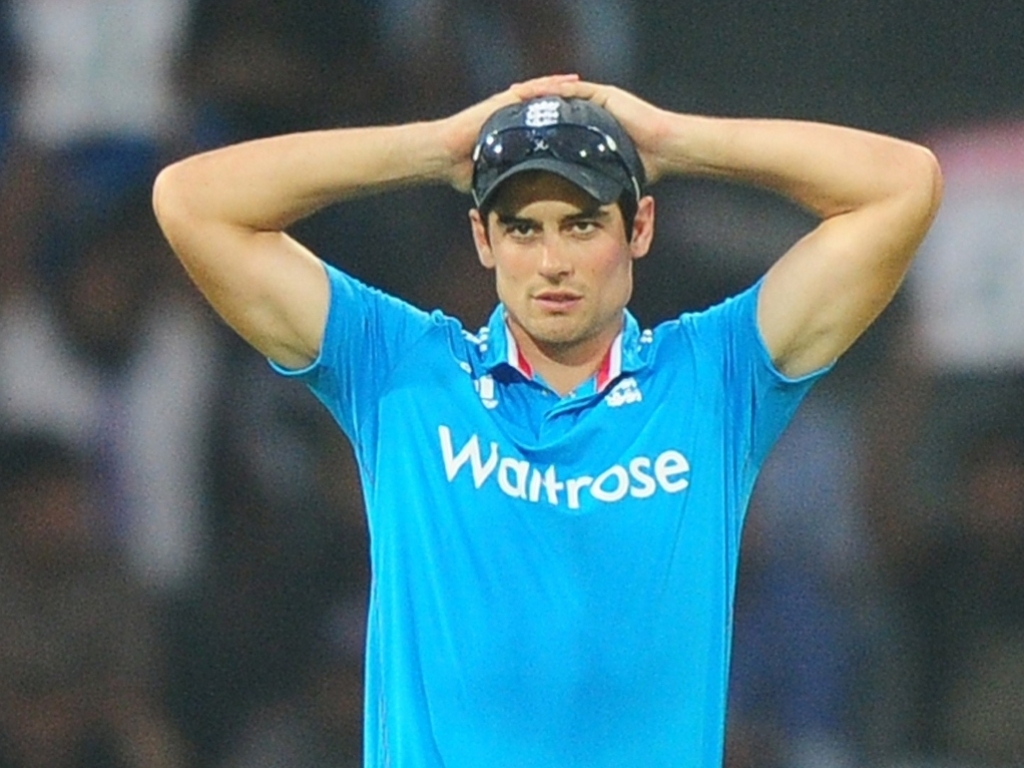 England's trip to Sri Lanka had already been a damp squib affair, but they added to the washed-out warm-ups as they lost the first ODI in Colombo by 25 runs, despite a century from Moeen Ali.

Sri Lanka posted 317 for six in their 50 overs, with hefty contributions from much of the top order. England responded with 292 all out, as Moeen's ton and Ravi Bopara's valiant 65 were rendered useless in the 48th over.

England won the toss and opted to bowl under cloudy skies, hoping the damp and humid conditions would suit their fast bowlers. It did not go to plan.

Sri Lanka got off to a brisk start, as veteran Tillakaratne Dilshan and Kusal Perera put on 120 for the first stand, over the course of just 22 overs. Some of England's pacemen were dispatched for more than 10 to the over early on.

The first wicket fell when Kusal was run out by a combination of Joe Root, Bopara and wicketkeeper Jos Buttler, having made 59 off 74 balls and hitting the game's first six.

Kumar Sangakkara was not long for the middle, trapped plumb in front by Moeen for two. Sanga reviewed it but it was a waste of the team's only DRS option, as it was dead in front.

Mahela Jayawardene and Dilshan then continued on, using their vast experience against the rookie England attack. They pushed the score past 200 before Dilshan was caught and bowled on 88 by Chris Woakes.

Angelo Mathews replaced him and the skipper and Mahela added a 49-run partnership in short order. They were both out in the same over though, to James Tredwell. Mahela fell for 55, and Mathews for 33.

Lahiru Thirimanne and Jeevan Mendis took advantage of some truly poor death bowing, with Tredwell the only bowler to go for less than six to the over. The pair pushed the score from 263 to 317 in the last five overs.

England's chase started well as Moeen and Alastair Cook put on 51 quick runs within seven overs, though Cook only scored 10 of those. He was out LBW to Dilshan after facing 17 balls.

Ian Bell then joined Moeen and the solid pair took the score past 100 in the 15th over, and the chase looked well and truly on. But then Bell fell for 35, and Joe Root and Eoin Morgan departed swiftly afterwards.

Suddenly England were on 124 for four, and though Jos Buttler added 21, it was still down to Moeen at that stage. He reached his century off 72 balls, including four sixes.

He was sent packing for 119 off 87 balls though, caught and bowled by Ajantha Mendis, leaving Bopara to fight to the death. He looked like he could do it too, but when Ben stokes was stumped for 16, it looked unlikely.

As Woakes and Tredwell departed in quick succession, Bopara reached the 60s but the pressure overwhelmed him. He tried for one more big shot off Thisara Perera, but he skied it high under the lights, and Kusal took an excellent diving catch to end the game.