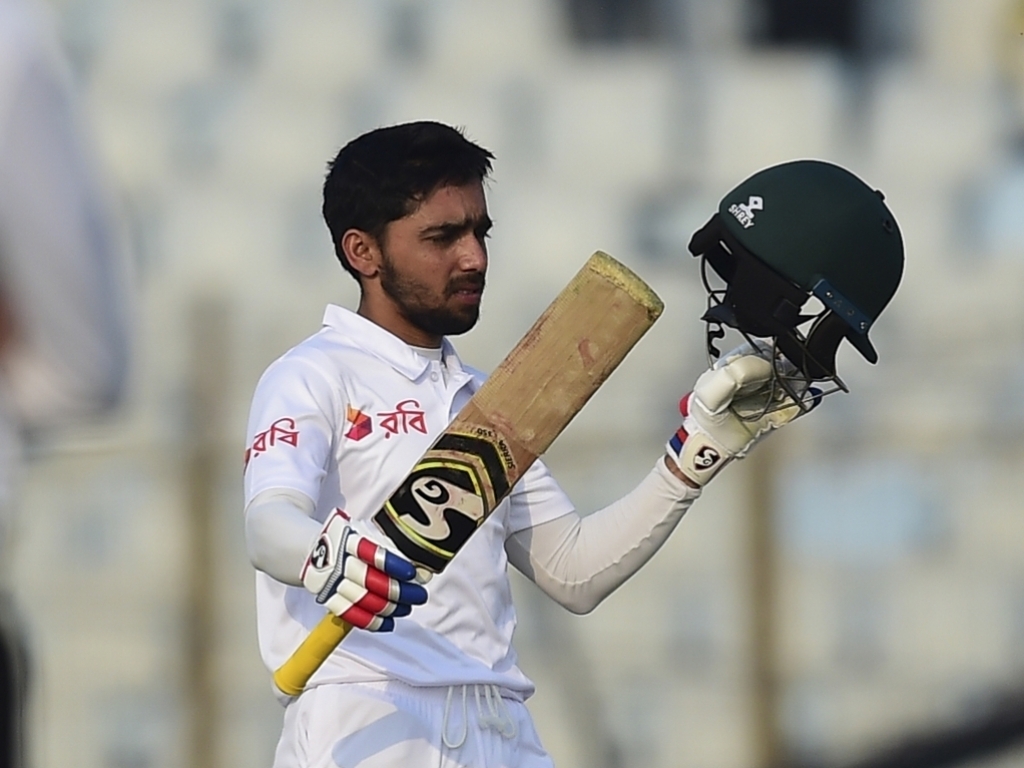 Mominul Haque became the first Bangladesh batsman in history to score two centuries in the same Test as the Tigers batted out the final day of the first Test against Sri Lanka in Chittagong to force a draw.

The tourists had the upper hand going into the final day with the Tigers resuming on 81/3, still 119 runs from making Sri Lanka bat again.

However, the hosts batted themselves to safety through Mominul, who hit 105, and Litton Das (94) who shared in a stand of 180 for the fourth wicket, eventually ending the game on 307/5.

The left-handed Mominul, who struck 176 in a first innings total of 513 all out, brought up his second ton of the match in the second session as the game was edging for a draw.

Sri Lanka refused to lie down though and took two quick wickets when Dhananjaya de Silva got Mominul and veteran spinner Rangana Herath accounted for Das as the tourists sensed a possible victory.

However, Bangladesh stand-in captain Mahmudullah (28 not out) and Mosaddek Hossain (8 not out) made sure there were no further alarms as the skippers decided to shake hands with an hour still to go in the day.

Overall the game saw 1533 runs scored and 24 wickets taken over the five days.

The series will now be decided in the second and final Test which starts in Mirpur on Thursday.