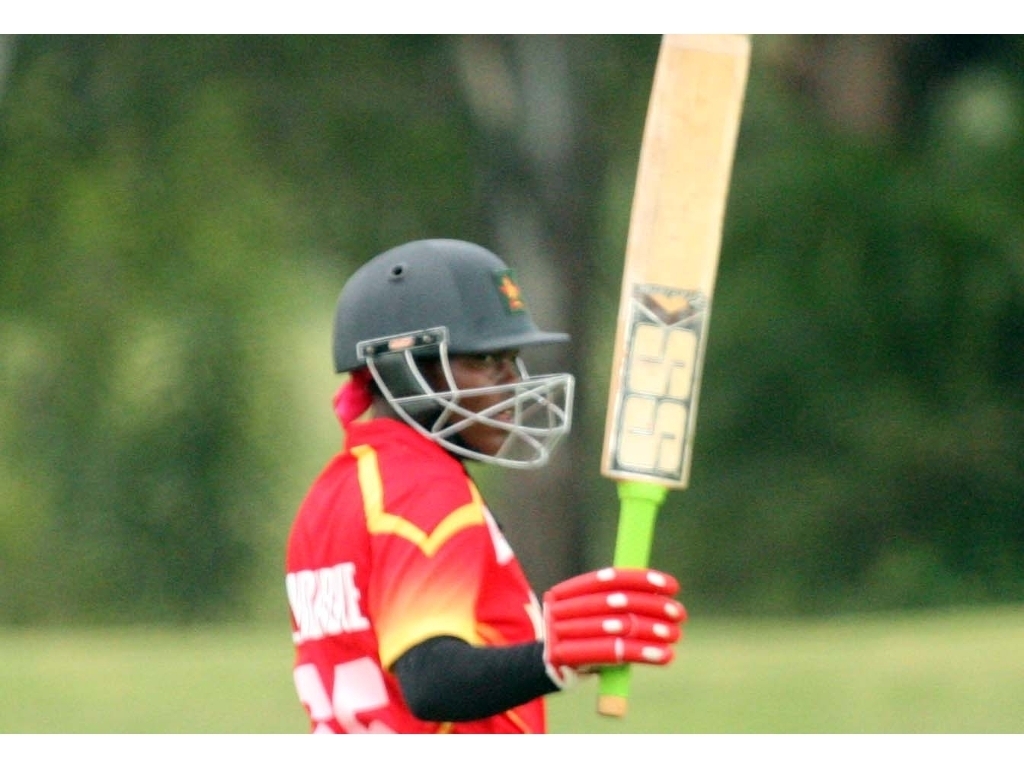 Zimbabwe women’s captain Chipo Mugeri led from the front with an unbeaten half-century as her side recorded an emphatic seven-wicket victory over Ireland in the first one-day match between the two sides at the Country Club in Harare on Thursday.

After rain had interrupted play, the hosts were set a revised target of 140 runs in 33 overs, with Ireland having posted a modest total of 173 for seven in their allotted 50 overs.

Mugeri, who came in with the home side on 28 for one following the early loss of Ashley Ndiraya for 10, blasted a career-best 64* as Zimbabwe chased down the target with 42 balls to spare.

Her brilliant knock, which included seven boundaries and a six, came off 82 deliveries.

The 25-year-old skipper shared a second-wicket partnership of 94 runs with the equally impressive Modester Mupachikwa, who was unfortunate not to reach her own fifty when she was trapped lbw for a 49-ball 40.

The batting performance completed an impressive day for the hosts who had bowled and fielded superbly after Ireland won the toss and elected to bat.

Ireland never looked like posting a competitive score as the Zimbabwe bowlers took wickets at regular intervals, but the tourists did well to recover from 99 for seven inside 40 overs to add 74 to their total and finish the innings without losing another wicket.

Shauna Kavanagh led Ireland’s fightback, scoring an unbeaten 79, including five boundaries and as many sixes, off 118 balls.

Kavanagh was ably supported by skipper Mary Waldron and Amy Kenealy who chipped in with 22 and 20 runs respectively, while debutant Cara Murray contributed 14*.

Veteran all-rounder Precious Marange was the pick of the Zimbabwe bowlers with two wickets for 21 runs in her 10 overs, while Josephine Nkomo and Loreen Tshuma took a wicket apiece.

The hosts were also impressive in the field as they effected three run-outs during Ireland’s innings.

The two teams will meet in the second one-day match at the same venue on Saturday.