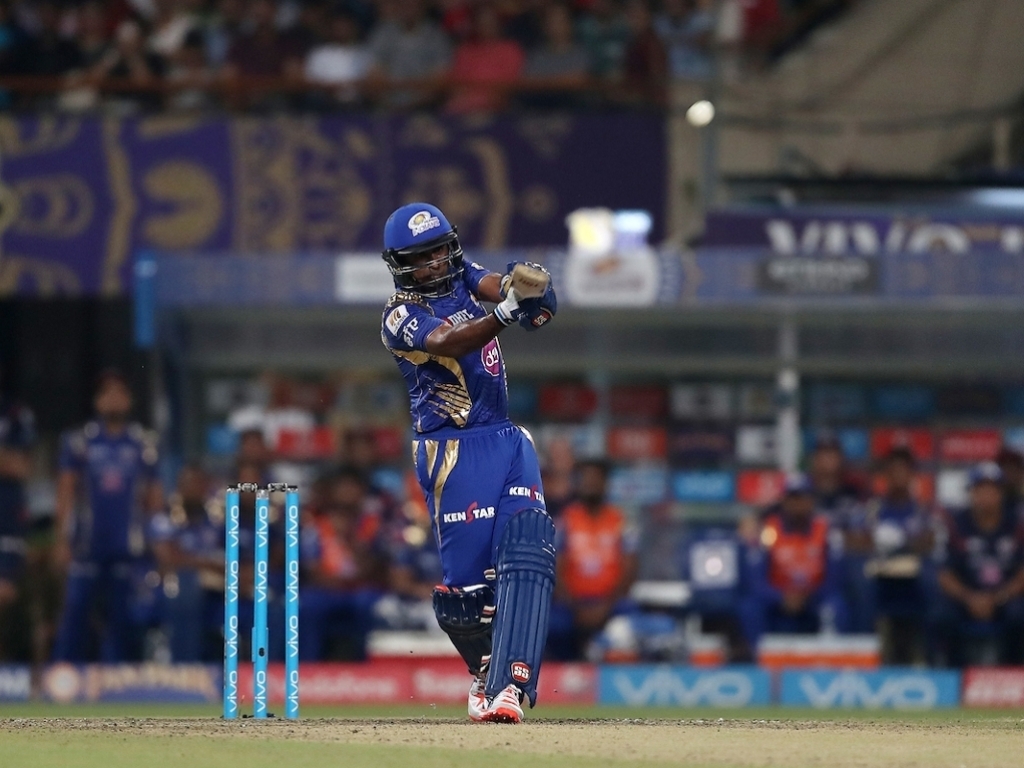 The Mumbai Indians guaranteed themselves top spot on the IPL table by beating the Kolkata Knight Riders by 9 runs at Eden Gardens.

The visitors posted a total of 173/5 with homegrown talent getting the job done for the IPL pacesetters.

Lendl Simmons grew frustrated having faced four dot balls at the start of his innings and tried to hit Trent Boult over mid-off succeeding only in picking out Sunil Narine.

Saurabh Tiwary and Rohit Sharma (27) steadied before the skipper was trapped leg before by Ankit Rajpoot to leave the Indians 69 for 2 and bring Ambati Rayudu to the crease.

Rayudu and Tiwary (52) added 61 runs for the third wicket but the latter would be run out when Umesh Yadav caught him flat footed.

Rayudu (63) came close to finishing the innings off but got carried away against Kuldeep Yadav and was stumped with 7 balls left.

Kieron Pollard (13) toe-edged Boult (3 for 20) on the slog to give the Kiwi his second wicket with three balls left.

Gautam Gambhir (21) and Chris Lynn didn’t hold back though blazing to 41 in the fifth over.

Gambhir was undone by the pace of veteran Aussie Mitchell Johnson who had him caught at short fine-leg.

Yusuf Pathan was belligerent from the outset and smashed 20 off 7 balls before holing out off the bowling of Vinay Kumar (2 for 31).

Colin de Grandhomme (29) looked dangerous and it was his wicket that derailed the chase, he was bowled by Hardik Pandya (2 for 22) at the beginning of the fifteenth over.

It was the first time in 13 chases at Eden Gardens that KKR had fallen short of their target.