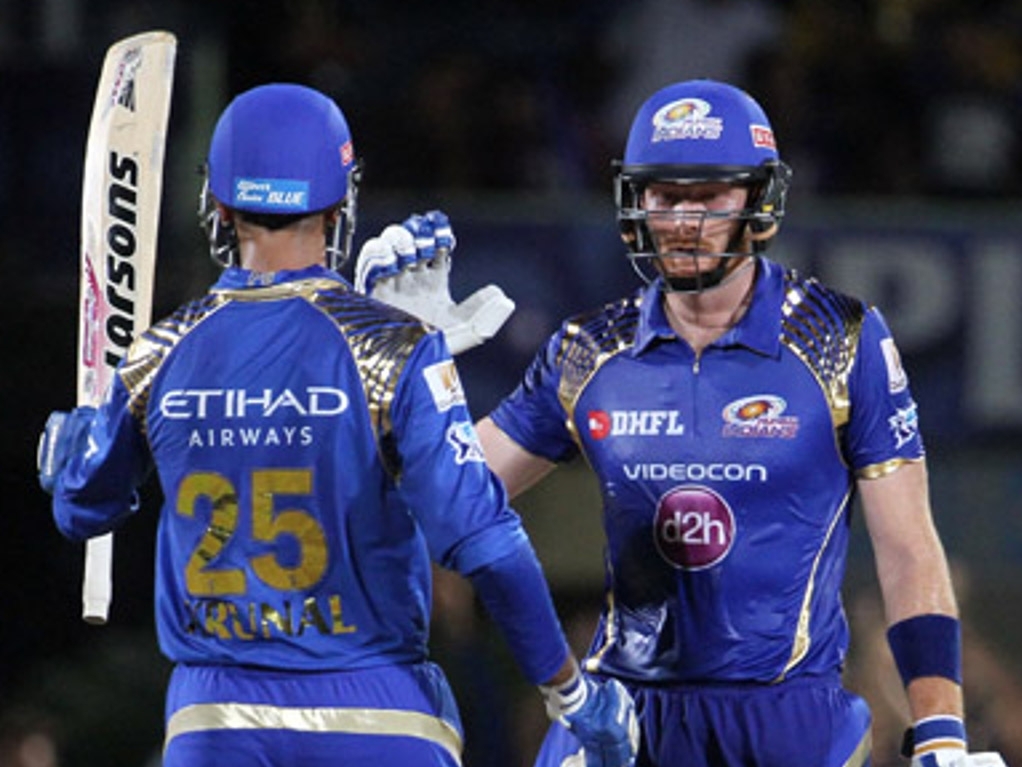 The Mumbai Indians pulled themselves out of the middle of the IPL pack on Sunday and stayed in the play off hunt as they beat the Deli Daredevils by 80 runs.

Mumbai recorded 206 for four in their innings, a formidable score thanks to a superb 87 off 36 balls by Krunal Pandya. Delhi then reached 126 all out in the final over after losing regular wickets.

Delhi had won the toss and opted to field, but that soon proved costly as Pandya and Rohit Sharma got off to a brisk start. Rohit was out in the seventh over though, superbly caught by a diving Risbah Pant for 31.

This brought New Zealand's Martin Guptill to the middle and he and Pandya put on a stand of 98 over the next eight overs. Guptill hit three sixes and two fours in his 48.

Pandya departed with the score on 173, having smashed six sixes, but Jos Buttler and Ambhati Rayudu were able to add quick scores in the teens to take the tally past the 200 mark.

Delhi's chase started poorly when Mayank Agarwal, Karun Nair, and Sanju Samson all departed for single figures. This left opener Quinton de Kock with all the work to do, as he has done a few times this season.

He was only able to make 40 though, and Pant made 23. They were the only batsmen inside the top six to reach double figures, until Chris Morris did so lower down.

With five overs to go, Delhi still needed an unlikely 100 runs, a score they would not have been confident about despite the big-hitting Morris still being in the middle.

He wasn't for long though, and was run out for 20 in the 17th over, the eighth wicket to fall, and with 88 runs still required. The last 2.1 overs were a mere formality.