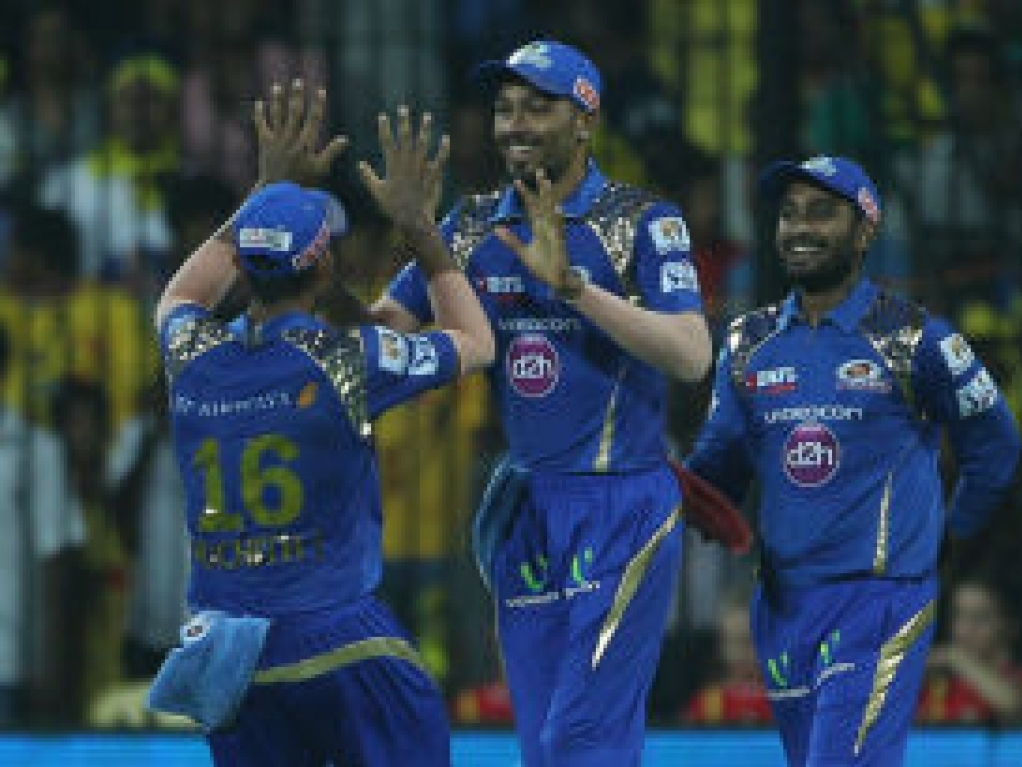 The Mumbai Indians cruised to a nine-wicket victory over a disappointing Sunrisers Hyderabad outfit in the IPL on Sunday to seal second position on the log and a place in the play-offs.

The Sunrisers, after winning the toss and opting to bat, got off to the worst possible start as they found themselves seven for two in the second over of the innings.

The home side were already staring down the barrel as they could not recover from their false start and kept losing wickets at regular intervals.

Lokesh Rahul top-scored with 25 as the team from Hyderabad were bowled out for a paltry 113 off the last ball of the innings.

McClenaghan recorded the best figures with three for 16 in four overs while Malinga and left-arm spinner Jagadeesha Suchith both took two wickets each.

The Mumbai chase was easy as openers Lendl Simmons (48) and Parthiv Patel (51*) put on 106 for the first wicket before Simmons was out going for a big hit before they won with more than six overs to spare.

Mumbai will play Chennai in the qualifier while this is the end of the road for the Sunrisers.