Munro and Bravo take Knight Riders into the Final 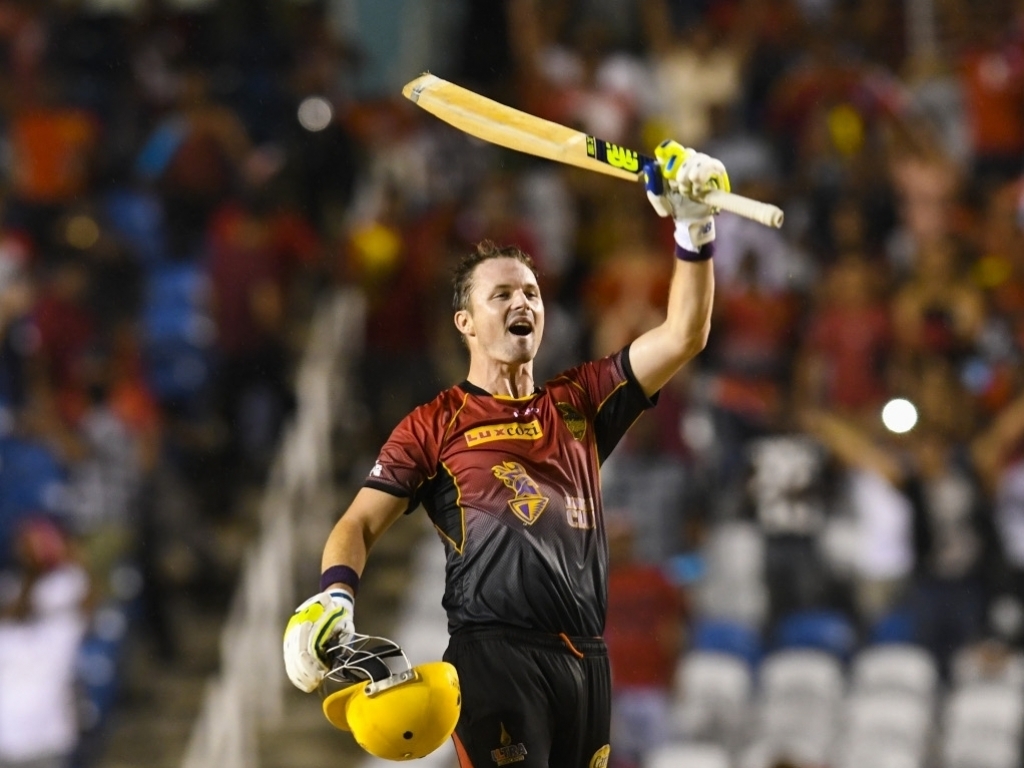 A clinical run-chase from the Trinbago Knight Riders propelled them past Guyana Amazon Warriors and into the 2017 CPL Final.

Chasing a competitive score of 159 an 85-run partnership between Colin Munro and Darren Bravo made a difficult chase look easy. The Knight Riders will play St Kitts and Nevis Patriots in the Final on Saturday.

The Knight Riders innings got off to a terrible start when Sunil Narine was dismissed first ball – his fourth duck of the season – trapped lbw by an in-swinging yorker from Tanvir.

The Knight Riders promoted Hamza Tariq to bat at number three, but he could only manage 10 off 13 before being caught behind off Rayad Emrit. Thanks largely to Munro—who was fortunate to be dropped twice—the Knight Riders reached 42 for 2 after six overs.

The field dropping back did not dissuade Munro and Bravo’s from being aggressive. In a wonderful display of counter-attacking batting the pair slashed the required run rate from 8.28 to 6.46 by the time Bravo was eventually dismissed, caught on the boundary.

Munro had been the aggressor in the Powerplay but with Bravo he played a supporting role as his partner’s muscular power cleared the ropes four times.

It was indicative of the nature of the partnership that Bravo dared to take on Rashid Khan and he twice hit leg side sixes, alleviating pressure right at the moment when Amazon Warriors wanted to apply it the most.

Darren Bravo being dismissed brought his elder brother to the crease and Dwayne Bravo ate further into the target with a six and a four before also being dismissed. Such was the aggression of their chase that the quick wickets did not build any pressure. Munro finished with a steady 57 not out off 51 balls and the Knight Riders reached the target with an impressive 12 balls to spare.

Earlier in the evening, after being put into bat by the Knight Riders, the Amazon Warriors explosive top three of Sohail Tanvir, Chadwick Walton and Luke Ronchi were kept unusually quiet in the Powerplay. The Knight Riders bowled five different bowlers in the first five overs of the innings which didn’t allow the batsmen to settle. At the end of the Powerplay the Amazon Warriors were 33 for 1 with Tanvir the man dismissed, trapped lbw by Narine.

It took brilliant two balls to dismiss the two key batsmen Walton and Ronchi. First a wicked in-swinging and dipping yorker from Dwayne Bravo uprooted Ronchi’s leg stump and then a drifting knuckle ball beat Walton’s outside edge and caused him to over-balance with Dinesh Ramdin whipping off the bails. When Jason Mohammad slapped a wide slower ball from Javon Searles to cover the Amazon Warriors were 92 for 4 with just 5.5 overs remaining in the innings.

It was then that Gajanand Singh and Roshon Primus combined to transform the momentum of the match. Gajanand got things going by striking consecutive leg side sixes off Bravo in the sixteenth over before Primus took the penultimate over from Dan Christian for 21 – carving three boundaries over cover and heaving a slower ball for six over mid-wicket.

Gajanand took 12 from the first three balls of the last over bowled by Ronsford Beaton before two wickets in two balls ended a match-changing partnership of 65 off just 33 balls. The Amazon Warriors scored 65 off their last five overs to move from 94 for 4 to 159 for 6. Despite the late surge their total was not enough for the Knight Riders who batted brilliantly.