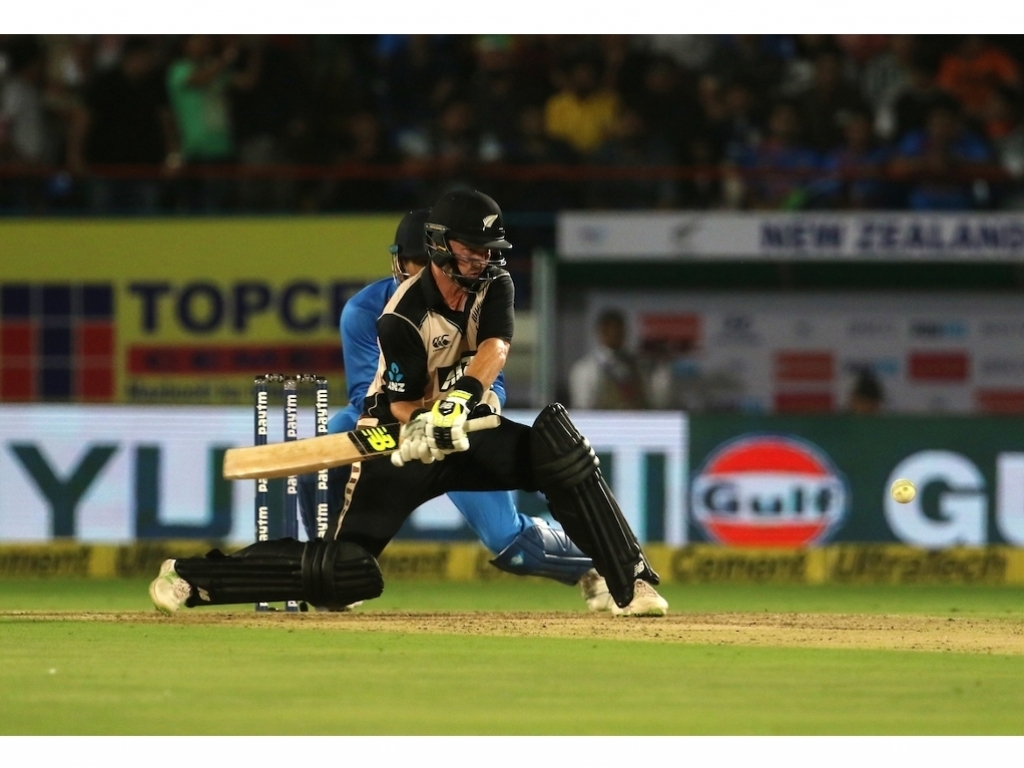 The Black Caps Colin Munro cemented his place among the best T20I openers in the world with an explosive hundred that helped NZ beat India by 40 runs in the second match of the series.

New Zealand won the toss and elected to bat first in Rajkot on Saturday evening.

Munro shared a 105 run opening partnership with Martin Guptill (45) and went on to carry his bat in a sublime display of short format batting.

The opener became the first batsman to score two T20I hundreds in a calendar year.

Kane Williamson (12) was the second and final wicket to fall in an innings that saw the Balck Caps return to their usual clinical form in T20Is after a flop in the series opener in Delhi.

Munro smashed seven sixes and seven fours ending on 109 not out off 58 balls, the only criticism may be that he could have taken more of the strike.

In response India had no answer to Trent Boult (4/34) with the left-armer doing the damage up front in removing openers Shikhar Dhawan (1) and Rohit Sharma before returning to remove India’s last hope MS Dhoni (49) and the tail.

Mitchell Santner accounted for the India skipper with a quicker ball as Kohli gave him the charge but Ish Sodhi must take some credit for putting pressure on the dynamic batter.

India were behind the game for much of the chase and their finishers were left without a realistic chance of overhauling the Black Caps total.

The result leaves the series locked at 1-1 with one match to play.