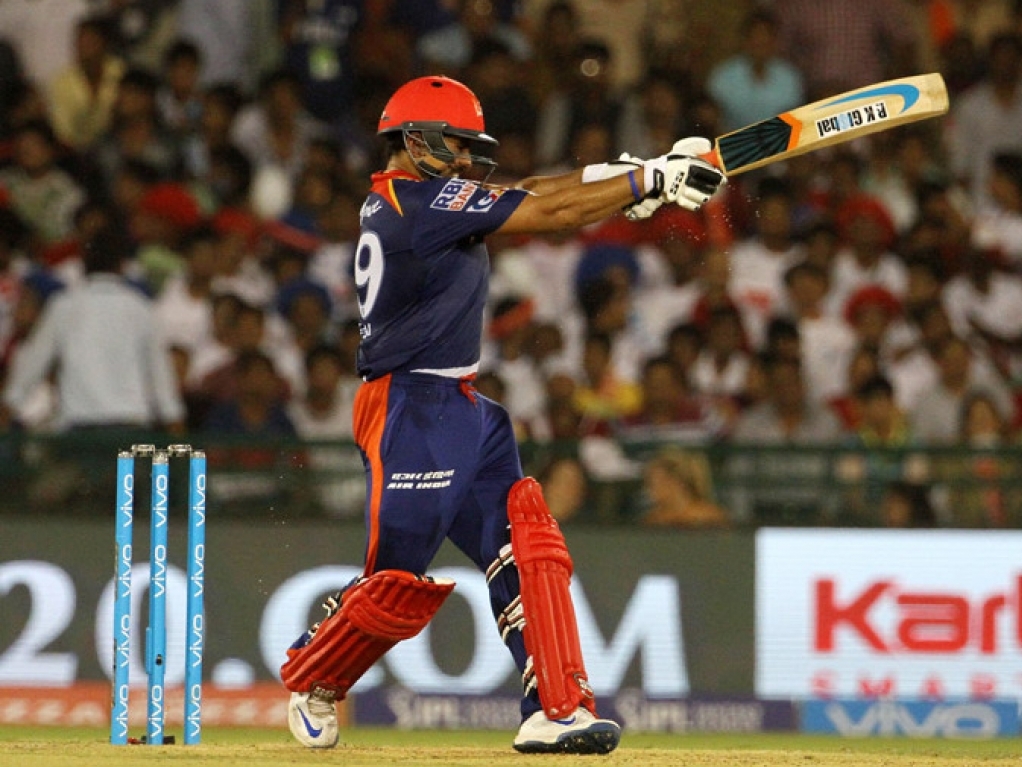 Karun Nair scored an unbeaten 83 as the Delhi Daredevils beat the Sunrisers Hyderabad by six wickets off the last ball of the game to keep their IPL play-off hopes alive.

The 24-year-old Nair was the glue that kept Delhi together as they chased a target of 159 after the Sunrisers scored 158 for seven in their 20 overs.

Batting at number three, Nair came to bat in the second over, after the early loss of Quinton de Kock, and shared in a vital partnership of 73 with Rishabh Pant (32) for second wicket.

Pant though was run-out in the 12th over when a direct hit from the boundary by Bhuvneshwar Kumar accounted for the left-hander.

JP Duminy (17) and Carlos Brathwaite (10) came and went fairly quickly but all the while Nair was finding the right blend of attack and defence in his innings.

It all came down to the last over with Delhi needing 11 runs to win, to be bowled by Kumar, and the bowler started well only going for five runs in his first four balls.

But Nair deposited the final two deliveries to the boundary to take his team to a dramatic victory, which sees them needing to win their final league game on Sunday to reach the play-offs.

Earlier, Sunrisers captain David Warner continued his rich vein of form with the bat in this season's tournament with a knock of 73 from 56 balls.

However, the skipper did not receive much support from his teammates as the next best score was only 18, by number five Moises Henriques.

West Indies' Brathwaite was the pick of the Daredevils' bowlers, taking two for 27 in four overs.