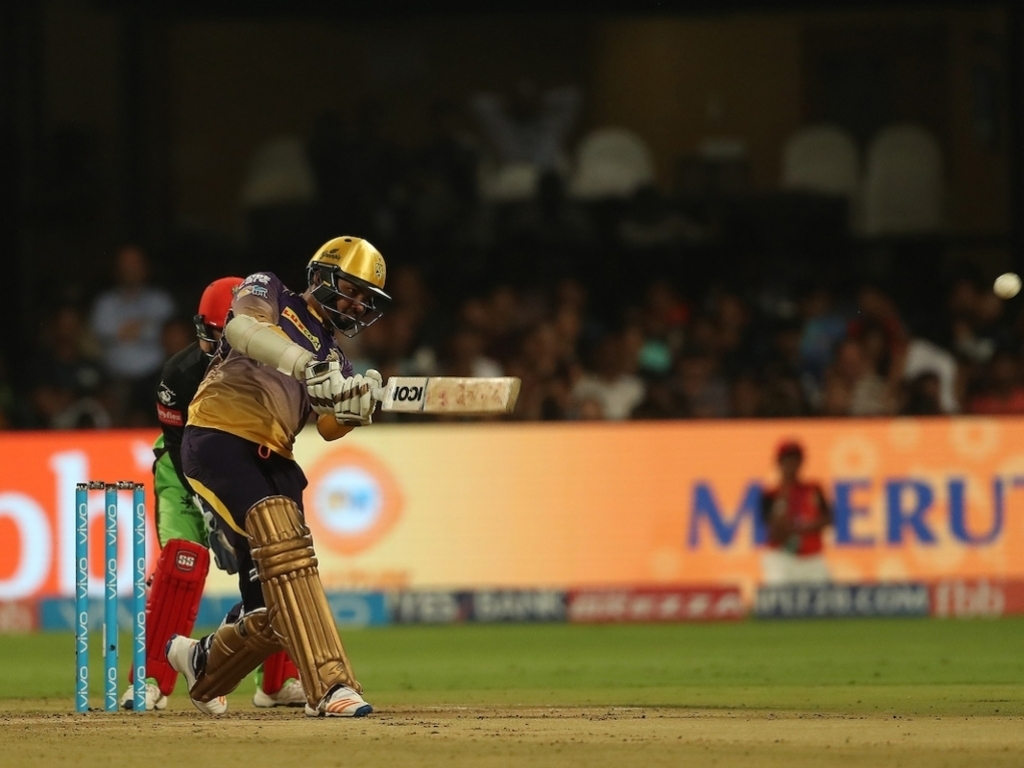 The Royal Challengers Bangalore were on the wrong end of a sound drubbing as the Kolkata Knight Riders made quick work of a target of 159.

RCB would have been pleased with their recovery from 34 for 3 to post what looked like a competitive total.

Chris Gayle departed for a duck off the first ball of the match caught by Gautam Gambhir at short cover off the bowling of Umesh Yadav.

His fellow superstars misfired again as well with Virat Kohli (5) trapped leg before by an Umesh slower ball before AB de Villiers (10) was bowled by Sunil Narine.

Mandeep Singh (52) and Travis Head would pull them out of what looked to be another disastrous nosedive though.

The pair added 71 for the fourth wicket and Head would keep the momentum going until the close of their twenty overs ending on 75 not out off 47 balls.

Umesh ended as the pick of the bowlers with figures of 3 for 36.

If the West Indies don't recall this man I don't know anymore https://t.co/Ek5XwHlEt4 #VIVOIPL via @ipl

After claiming 2 for 29 including the wickets of Mandeep and AB, Narine opened the batting with Chris Lynn in a symphony of destruction.

Narine went hell for leather smashing 54 off just 17 balls to outpace the devastating Lynn with the pair smacking 105 in the powerplay a new record for the IPL.

The West Indies blaster went immediately after the powerplay ended as an Aniket Choudhary bouncer undid him but the damage was done.

Lynn departed shortly afterwards though Colin de Grandhomme (31) and Gambhir got KKR close before falling, however Manish Pandey (4*) finished the innings off with 29 balls and six wickets to spare.

KKR move back into second spot as they chase a coveted spot in the first Qualifier which offers the quickest route to the final for the winner of the clash between first and second.