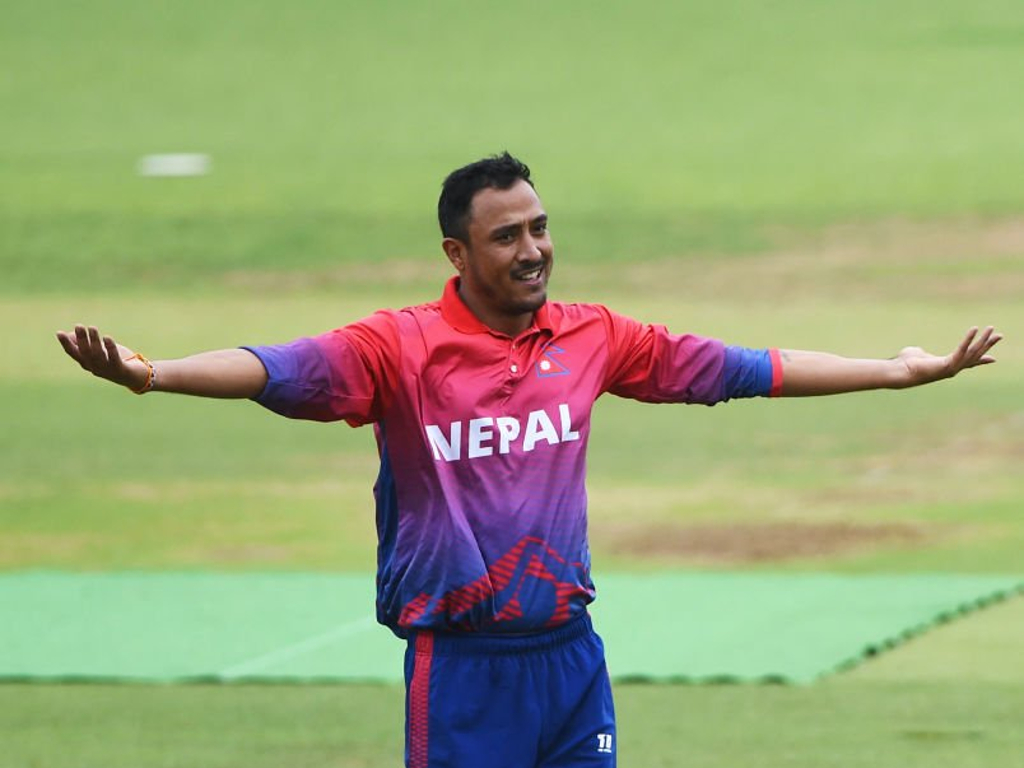 Nepal achieved their first ever victory in ODI cricket by the slenderest of margins when they beat the Netherlands by one run in a low-scoring match in Amstelveen.

With the home side requiring six to win from the final over with just one wicket remaining, Nepal captain Paras Khadka (1/24 off six) held his nerve, going for just four runs and executing a run out off the final delivery to secure a one-run win.

He deflected a firm drive back onto the stumps before collecting the rebound and ripping a stump out of the ground to make sure, and spark wild celebrations.

With the visitors defending 216, the Netherlands made hard work of the chase as Nepal’s attack gave nothing away in a spirited bowling display.

Leg-spinner Sandeep Lamichhane was the pick of an impressive line-up, taking 3/41 from his 10 overs, while left-armer Lalit Bhandari took 2/43 off nine, slow left-armer Basant Regmi 1/39 off 10.

Wesley Barresi had been the mainstay of the Dutch reply. The 34-year-old right-hander made a patient 71 off 89 balls with eight fours to hold things together even as the scoring was dried up and wickets fell around him.

He came to the crease in the eighth over with the score on 30 after Kami followed up his good work with the bat with the early wicket of Stephan Myburgh second ball. That was followed by the wicket of Ben Cooper for 19 off Bhandari.

Barresi put on 84 with opener Daniel ter Braak and, while the Nepal spinners kept things tight, the home side looked to be cruising until the right-handed ter Braak was lbw to the excellent wrist-spin of Lamichhane. 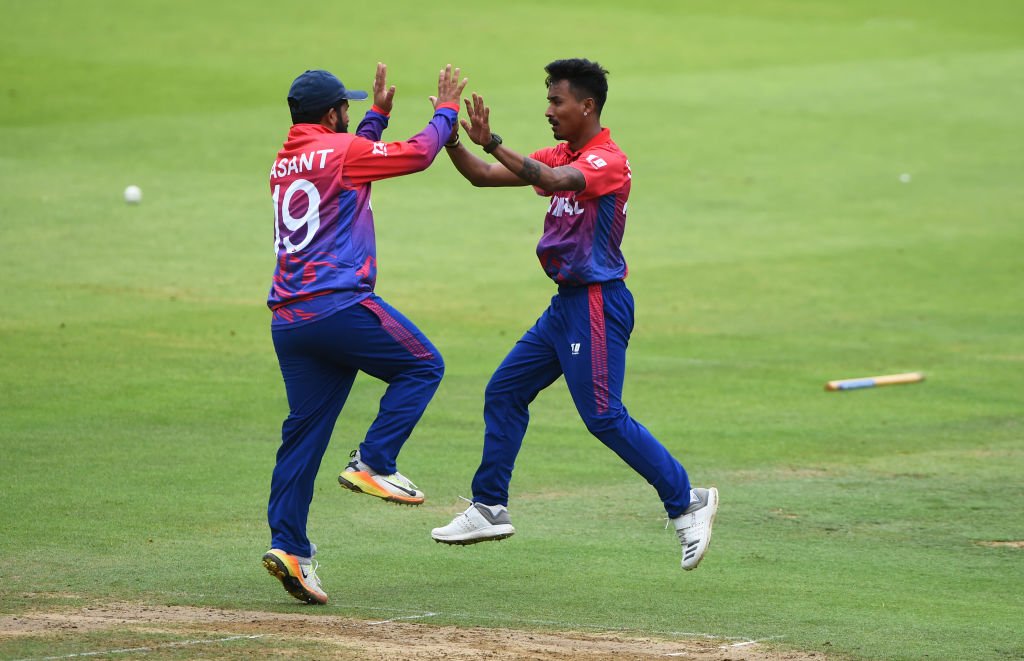 Bas de Leede and Rippon then fell in quick succession to leave captain Seelaar to stick around with Barresi with the run-rate creeping up.

But the game was really on when Barresi fell lbw to the off-spin of Dipendra Airee with the Dutch still 74 adrift and with only four wickets and no top-order batsmen remaining.

Nos. 10 and 11 Fred Klaassen (13) and Paul van Meekeren (12*) looked to be steering the Netherlands ever closer to a nail-biting win, but runs hadn’t come easily all game and, with tensions rising, they were unable to overcome Khadka at the last.

Earlier, the Dutch left-arm opener Klaassen had ripped through the Nepal top-order to take 3/38 from his 10 overs. In removing the top three batsmen (Gyanendra Malla caught slip for 13, Anil Sah caught mid-on for 4 and wicket-keeper Subash Khakurel for 19) he reduced the tourists to 47/3 in the 12th over.

When Dipendra Airee was then run out following a misunderstanding with Khadka and then debutant Rohit Paudel fell to left-arm wrist-spinner Michael Rippon caught behind, Nepal were reeling at 88/5.

But their skipper held firm and held things together, making a 69-ball 51 that included two sixes and six fours. He fell to his opposite number Seelaar to leave the score at 135/6.

There was more to come from Nepal, though, as No.8 Kami struck crucial late blows in a 46-ball 61 featuring three sixes and five fours to help the tourists up to 216 all out. That crucial knock set up a famous victory for Nepal, who wrote another small chapter in their rapidly growing history as a cricket nation.