New Zealand chase down 302 to win 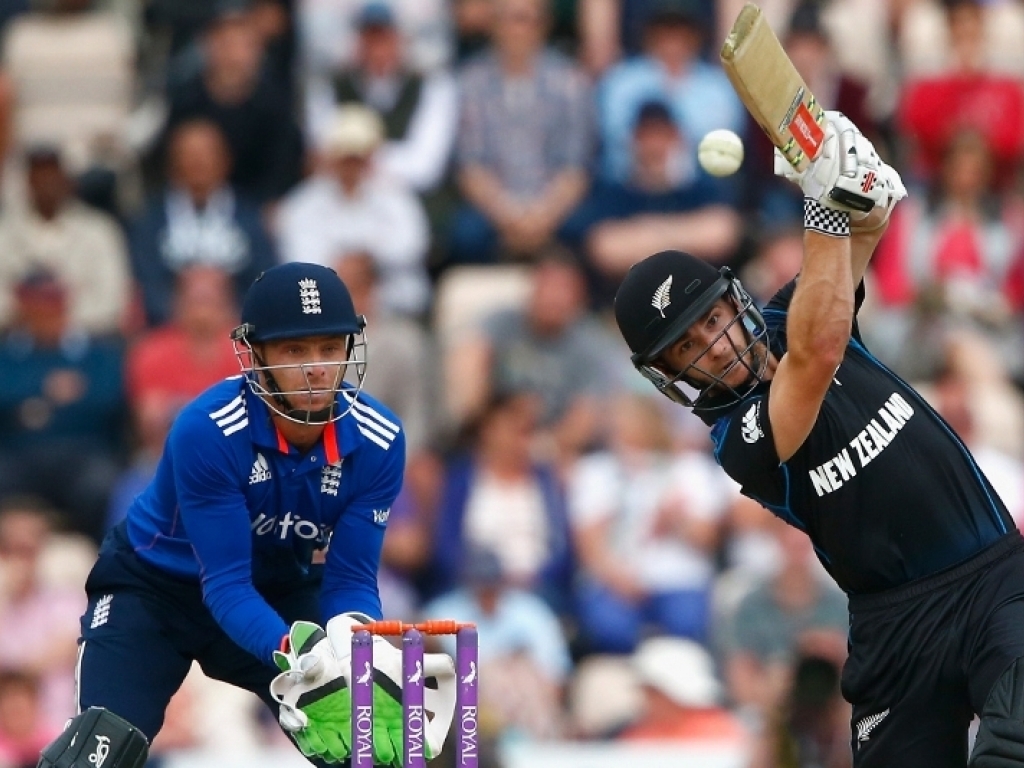 Kane Williamson and Ross Taylor combined brilliantly to help the Black Caps to a three wicket win over England in the third Royal London ODI at The Rose Bowl in Southampton on Sunday evening.

England won the toss and chose to bat, with openers Jason Roy and Alex Hales putting on 34 for the opening partnership before debutant Ben Wheeler earned his maiden international wicket, with Hales guiding one to second slip.

But Joe Root and Eoin Morgan staged a brilliant fight back, propelling England to 139 before tweaker Mitchell Santer removed Root for a 54.

Morgan would top score for England with a well played 71, while Ben Stokes hit the ball to all corners of the ground in an entertaining 68 off 47 balls.

At 288/6 with over seven overs left, England were looking at 350. But the Black Caps battled back well, removing the final four in quick succession for just 13 runs. Southee was the pick of the bowlers with his neat figures reading three wickets for 44 runs.

In the Kiwi's reply, Martin Guptil was trapped leg before by debutante David Willey in just the second over, while captain Brendan McCullum only managed 11 before he was dismissed by Mark Woods.

At 36/2, New Zealand were in a similar position to England. However, from then on it was the Williams on and Taylor show. The dynamic duo put on a whopping 206 run partnership in good time. Williamson would reach his seventh ODI ton, continuing his prolific form with the bat.

Taylor guided New Zealand to within 13 runs of the win before he perished on 110 via an inside edge onto his stumps.

England will lament the fact that they let slip a dominant position with the bat and then dropped no less than four catches. The win sees New Zealand take a 2-1 lead in the series.