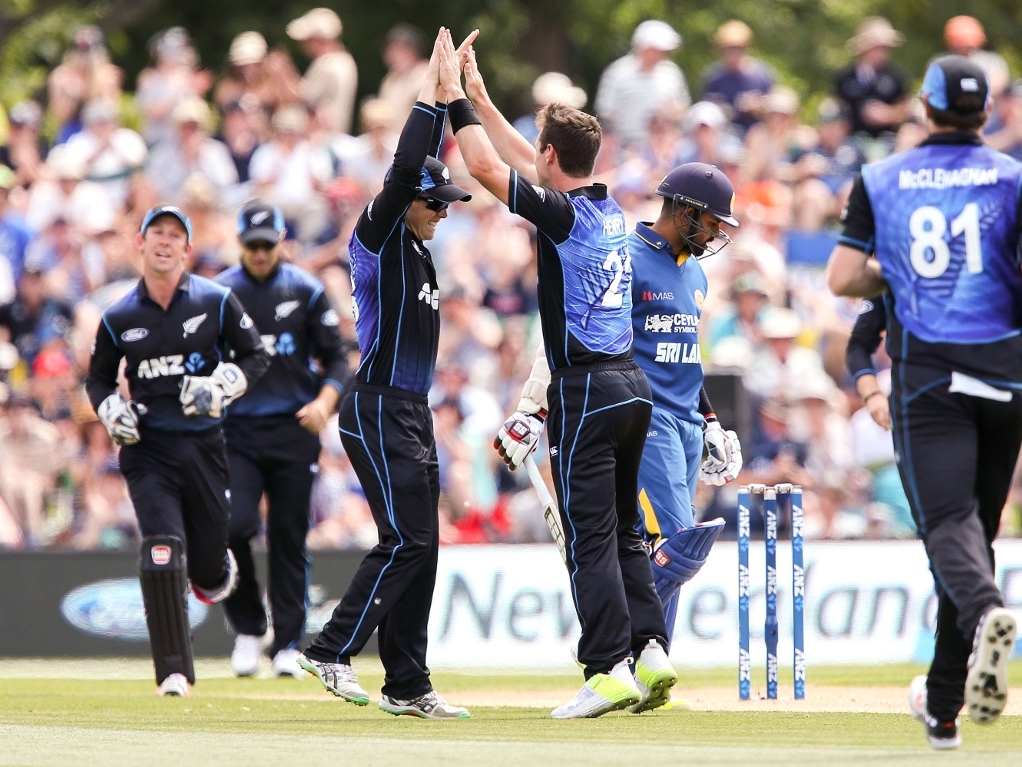 New Zealand completely destroyed Sri Lanka in the second ODI at the Hagley on Monday as the hosts eased to a comfortable 10-wicket victory for a two-nil series lead.

The visitors won the toss and batted first on a good pitch but were bundled out for just 117 in 27.4 overs, the top individual score of the innings being only 17.

It was really a sorry tale for the tourists as they tried to attack the Kiwi bowlers but their plan come to nothing as more often than not they found the fielders.

Black Caps fast bowler Matt Henry recorded figures of four for 33, while left-arm seamer Mitchell McClenaghan picked up three for 32 as the Asian side wilted in the Christchurch sun.

When the home team came out to bat they were in an unforgiving mood, especially opener Martin Guptill who went on an all out assault on the Sri Lanka bowlers.

The right-handed Guptill was unbeaten on 93 off just 30 balls at the end, with him bringing up his fifty off just 17 balls, which is the second fastest in ODI history, after South African AB de Villiers (16 balls), but the fastest ever for New Zealand.

Fellow opener Tom Latham (17 not out off 20 balls) was a mere spectator as Guptill went on the rampage as New Zealand reached their target in the ninth over.

The third ODI of the five-match series takes place at the Saxton Oval in Nelson on Thursday.