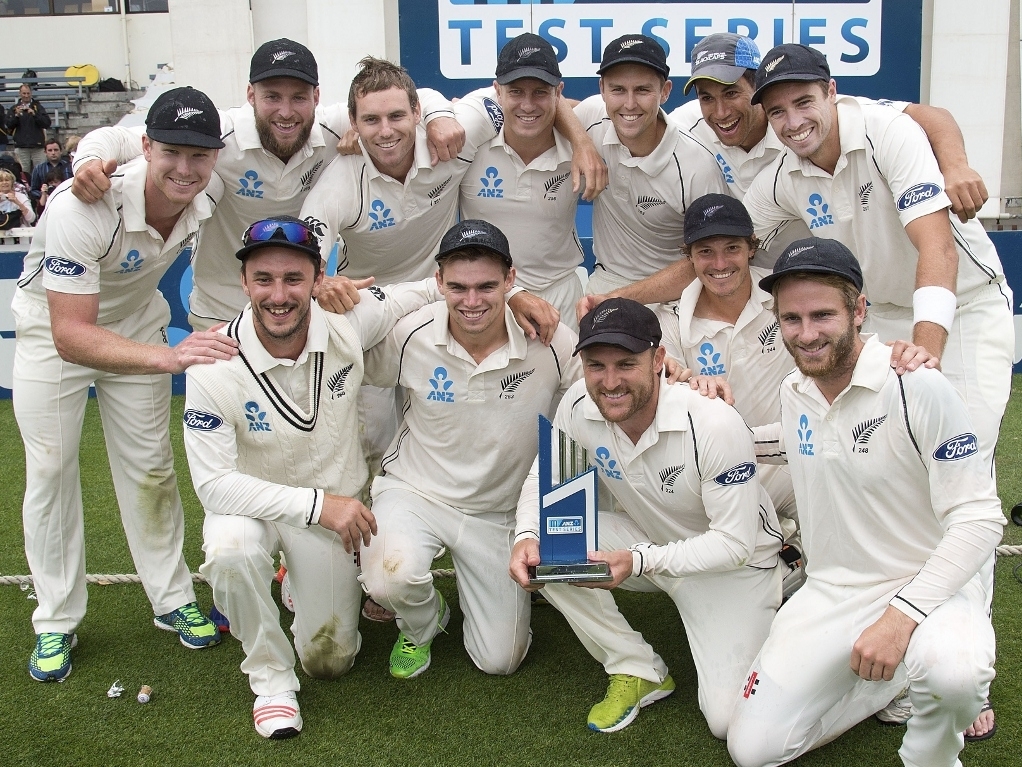 New Zealand capped off an impressive Test season by winning the second Test against Sri Lanka in convincing fashion, thus recording a two-nil series win as they head towards the shorter formats.

The Black Caps won the second Test in Wellington by 193 runs before tea on day five, as Sri Lanka were unable to defend the nine wickets they had in hand at the start of play, chasing an improbable 390 to win.

Kane Williamson was man of the match for his 242, which gave the side the runs to defend, while Kumar Sangakkara's double ton earlier in the game went in vain. It remains to be seen whether this was his final Test away from home, or at all.

The day began with Sri Lanka on 45 for one, having lost Dimuth Karunaratne late in the evening the day before. Nightwatchman Dhammika Prasad was only able to make six, having been on one overnight, before Trent Boult removed him.

The Kiwi paceman soon added Sangakkara to his tally, the veteran batsman caught behind for five. This left Kaushal Silva to make his way to his half century alongside Lahiru Thirimanne, and for a while it seemed like they'd mounted a recovery.

They stuck together for 15 overs, adding 33 runs, before Doug Bracewell struck to remove Silva for 50. He removed Angelo Mathews shortly afterwards, the skipper having made eight.

From there is was hard work for Thirimanne, batting with the tail, as spinner Mark Craig became a menace. He removed Prasanna Jayawardene, Dinesh Chandimal and Rangana Herath cheaply, while Thirimanne made his way to a half ton.

It was in vain though, as Suranga Lakmal was run out by a Bracewell/Watling combo, and then Nuwan Pradeep fell to Tim Southee to end the match.Thirimanne was stranded on 62. They were all out for 196.