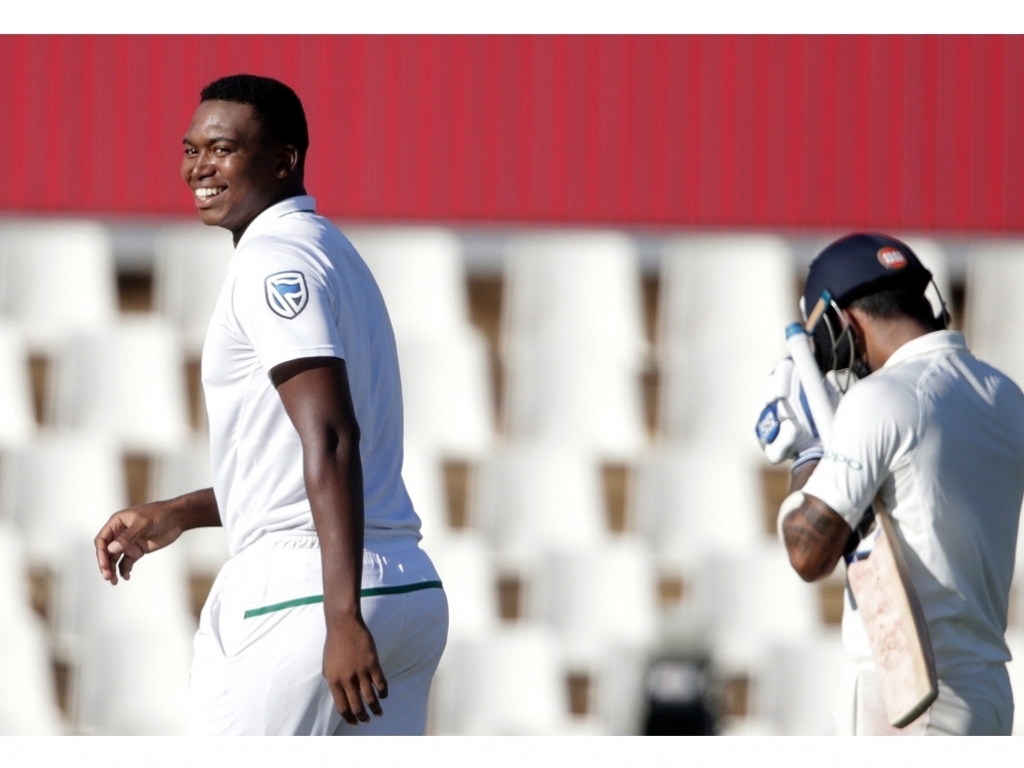 Ngidi (6/39) and Kagiso Rabada set the tone for the innings with their display on the fourth afternoon with some ferocious short pitched bowling.

India may have harboured some feint hopes of a win or at least a draw on a slowing wicket in Centurion.

They resumed their chase on 35 for 3 with the hopes of a nation resting on Cheteshwar Pujara and Parthiv Patel.

The first wicket of the day was something of a freebie for the Proteas as Pujara (19) and Parthiv pushed for an unnecessary three with the former found to be inches short of his ground.

Parthiv was joined by the final specialist batsman Rohit Sharma but he didn’t show much stomach for the fight.

The wicketkeeper batsman was unable to resist hooking Rabada and was brilliantly caught by Morne Morkel running around on the fence.

Rohit would attempt to lead a counterattack but couldn’t find a partner as first Hardik Pandya (6) and then Ravichandran Ashwin nicked off to Ngidi after a short pitched examination.

Rohit (47) was set up to be caught at third man hooking having sent a few bouncers to the fence, with AB de Villiers flying off the boundary and in to take a great catch that signaled the end of India’s challenge.

#SAvIND – RESULT:
Led by excellent bowling from debutant @NgidiLungi (6/39), the Proteas claim a convincing 135-run victory over India to take an unassailable 2-0 lead in the series.#SSCricket pic.twitter.com/veokkwlm6X

Ngidi wrapped up the contest by getting Shami (28) to spoon one to mid on before his pace did for Jasprit Bumrah (2).

The win means that South Africa take an unassailable 2-0 series lead with one match to play.

This is the first series loss inflicted on India since Virat Kohli took over as full time Test skipper.