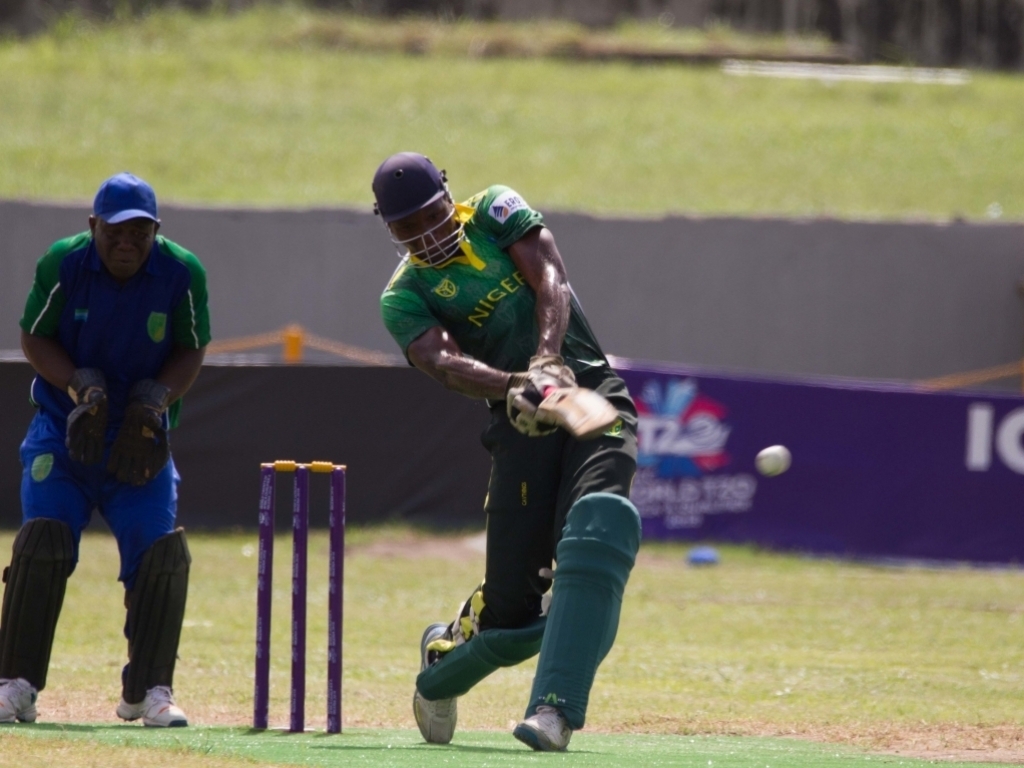 Nigeria made a perfect start to the ICC World T20 Africa Qualifier A, as they cruised past Sierra Leone by 88 runs, at the Tafawa Balewa Square Cricket Oval in Lagos on Saturday.

The win was built on the back of skipper Chimezie Onwuzulike, who tucked into some friendly bowling on a hot morning, and helped himself to a breezy 54 off just 34 balls, smashing four sixes in the process.

Coming in at four, the home captain calmed an initial storm, after the home side had lost opener Joshua Annayike to the third ball of the morning, without scoring.

Onwuzulike arrived at the crease with the score of 47 for three, after nine overs, and he immediately set about his work.

Oladatun Olatunji also weighed in with an entertaining 49 for the home side, as they eventually reached 165 for six in their 20 overs.

In response, Sierra Leone also lost their first wicket to the third ball of the innings, as Saheed Akolade started well with the ball.

Unlike Nigeria, the visitors didn’t have the depth in batting, and lost regular wickets.

Onwuzulike capped a fine day for himself, as he got wickets off consecutive deliveries, to see Sierra Leone wilt to 42 for five at the halfway stage of their chase.

They were eventually bowled out for just 77, with Mohamed Taiwo mopping up the tail to end with figures of three for 14.

In the second match of the day, Ghana were made to work a lot harder by The Gambia, though they eventually prevailed by 58 runs in the afternoon clash, under even hotter conditions.

For The Gambia to prevail, they needed a quick start, but they crashed to 3 for three inside the first two overs, as Ankrah and D Pereira (two for 16) scythed through the top-order.

Things looked grim for Gambia, but a feisty 55 from P Faye gave the total some respectability.

Once he fell, the result was in no doubt, and Ghana rounded off a comfortable victory by 58 runs.

Nigeria take on The Gambia in Sunday while Ghana face Sierra Leone the same day.