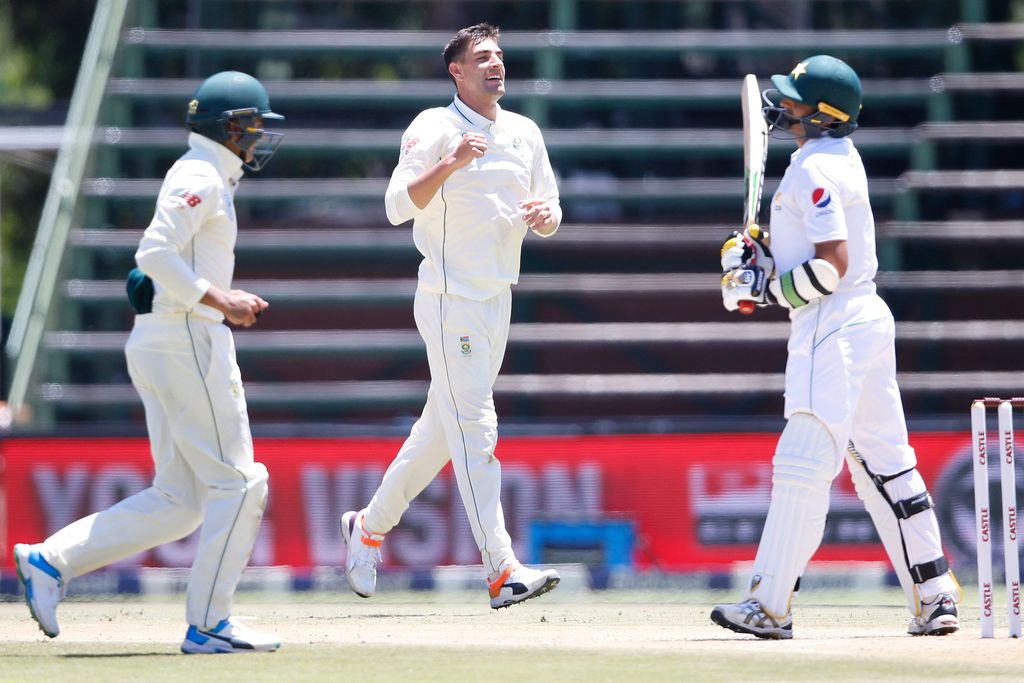 Duanne Olivier struck twice in his second over of the morning with successive deliveries to put the Proteas well on their way to a 107-run victory and a 3-0 series clean sweep in the final Test against Pakistan that finished at the Wanderers on Monday.

The visitors needed at least one of their remaining three specialist batsmen to score a century to have any chance of pulling off an upset victory but Olivier virtually eliminated that possibility by first dismissing Pakistan’s best batsman, Babar Azam (21), and then followed with the dismissal of captain Sarfraz Ahmed next ball.

When Vernon Philander dismissed the remaining major batsman, Shafaq Azad (65) the writing was on the wall and, although there was spirited resistance from Shadab Khan (47 not out), the Proteas wrapped up the innings in the morning session, requiring just one extra over when they claimed the additional half-hour to finish the contest.

The seven remaining wickets fell for the cost of just 120 runs.

Quinton de Kock finished with seven dismissals in the match to go along with his second innings century to be named Man of the Match.

He also finished the leading runs scorer in the series and the only one to score more than 250 runs.

Olivier won a one-horse race to be named man of the series. His 24 wickets was only one shy of the South African record for a three-match series and came at a cost of only 14.62 runs per wicket.

He took 11 wickets in the first Test, 5 in the second and 8 in the third. He had one six-wicket haul, two five-wicket hauls and one four-wicket haul.

With the series whitewash over their Asian opponents, the Proteas move up to second in the Test rankings behind India.

The focus now for both teams switches to the five-match ODI series starting at in Port Elizabeth on Saturday.