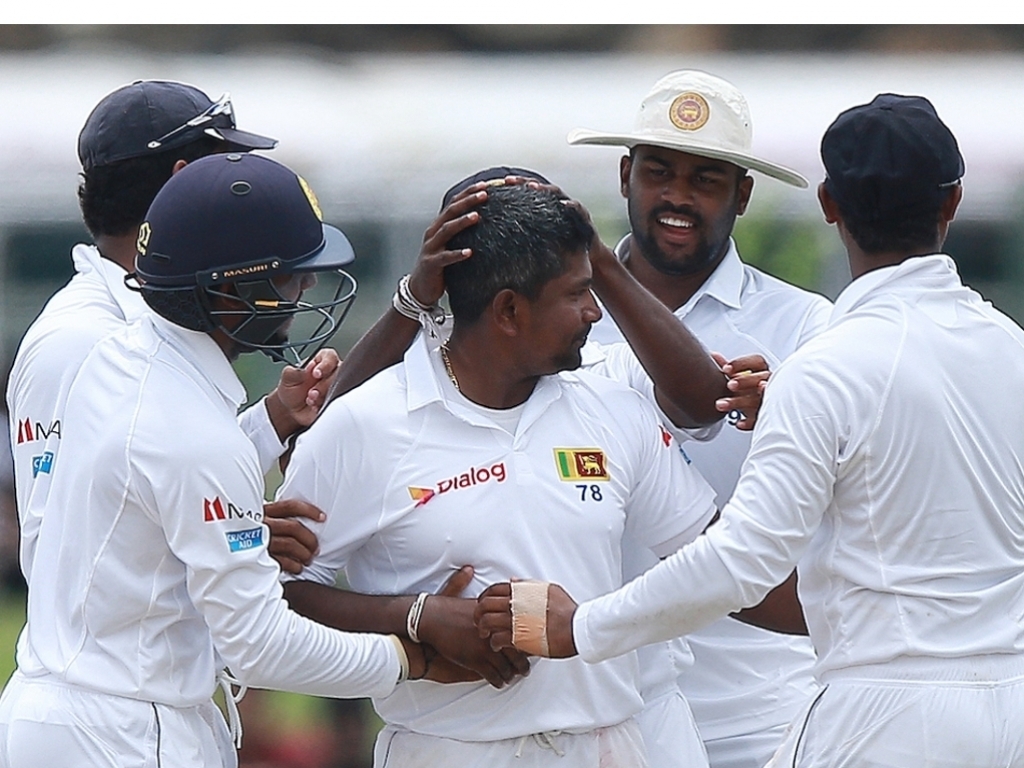 Sri Lanka come into this Test with their backs against the wall as fans grow weary of a team that has been underwhelming for the last two years.

There have been some bright spots over the last two years, including the home series win over Australia last year but a tied series against Bangladesh earlier this year prompted Ashes style obituaries to be printed in Sri Lankan papers.

A loss to Zimbabwe in the shadow of the Galle fort is unthinkable but for the visitors the pressure is off.

Zimbabwe claimed their first ever ODI series win in Sri Lanka earlier this month and for them the job is just about done.

They have no right to even come close to Sri Lanka on what is expected to be a rank turner but they have resilient lower order batsmen and a few spinners of their own to trouble the under pressure hosts.

Dinesh Chandimal will lead the side for the first time since being appointed skipper earlier this week with Angelo Mathews stepping down in all three formats.

Chandimal starts under pressure though with the wicketkeeper-batsman suffering a dip in form with the bat.

Despite resigning as captain Angelo Mathews will play and adds steel to a talented but erratic top order.

If Mathews is fit enough to bowl it will allow Sri Lanka the luxury of picking an extra spinner at the expense of a specialist seamer.

As has become customary with Sri Lanka their team is packed with allrounders.

Uncapped Danushka Gunathilaka is likely to open for Sri Lanka after a stellar ODI series where he and partner Niroshan Dickwella twice put on 200 opening partnerships.

Dickwella will likely be used lower down the order and may be asked to take the gloves  to free up Dinesh Chandimal.

Zimbabwe have brought a squad which is light on experience partially due to the lack of Test cricket played by the Southern Africans.

The tourists have never beaten Sri Lanka in Test cricket.

The return to form of Hamilton Masakadza will be a big boost to the tourists who will need big contributions from the top order to spare the allrounders from having to drag them from the fire yet again.

Zimbabwe’s batsmen showed themselves capable against spin especially Craig Ervine, Sean Williams and Sikandar Raza who were the stars of the ODI series alongside Hamilton Masakadza and short format specialist Solomon Mire.

Wellington Masakadza returns to the Test fold but with 16 men in the squad it is difficult to see where he would fit into this team although he does provide a slow bowling option.

Sri Lanka are firm favourites due to the spin-friendly conditions but Zimbabwe will be eager to prove they can compete in the longer format just as well as in ODIs.

Kusal Mendis has proven his value at this venue as recently as March and he is the man likely to kick on and get big runs to establish Sri Lankan dominance.

The veteran Rangana Herath may be in the twilight of his career but he remains one of the best spinners in the world and Galle one of his favourite playgrounds.

Craig Ervine has the ability to dig deep when it is needed and he could be the man that keeps Zimbabwe in the contest if the pitch is a rank turner.

Skipper Graeme Cremer will likely get through a lot of overs in this Test and the smart money is on him to be the pick of the Zimbabwe bowlers.